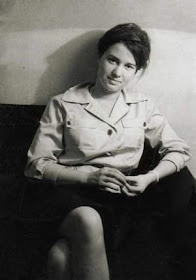 “But that is who we are, that is where we come from. We are the offspring of metropolitan
annihilation and destruction, of the war of all against all, of the conflict of each individual with
every other individual, of a system governed by fear, of the compulsion to produce, of the profit
of one to the detriment of others, of the division of people into men and women, young and old,
sick and healthy, foreigners and Germans, and of the struggle for prestige. Where do we come
from? From isolation in individual row-houses, from the suburban concrete cities, from prison
cells, from the asylums and special units, from media brainwashing, from consumerism, from
corporal punishment, from the ideology of nonviolence, from depression, from illness, from
degradation, from humiliation, from the debasement of human beings, from all the people
exploited by imperialism.”

"These are the strategic dialectics of anti-imperialist struggle: through the defensive reactions
of the system, the escalation of counterrevolution, the transformation of the political martial l
aw into military martial law, the enemy betrays himself, becomes visible."

"If you throw one stone, it’s a punishable offence. If 1,000 stones are thrown, it’s political action.
If you set a car on fire, it’s a punishable offence. If hundreds of cars are set on fire, it’s political
action. Protest is when I say I don’t agree with something. Resistance is when I ensure that
things with which I disagree no longer take place."