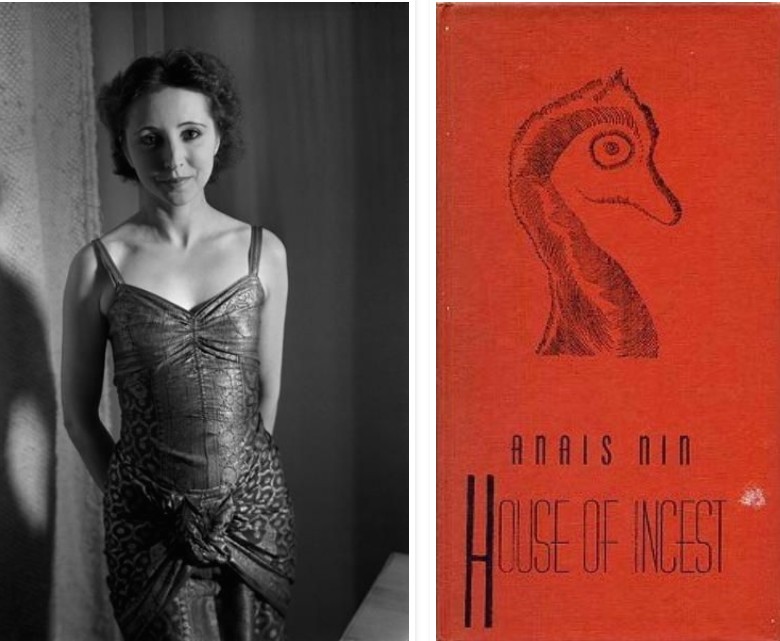 
“This morning I got up to begin this book I coughed. Something was coming out of my throat:
it was strangling me. I broke the thread which held it and yanked it out. I went back to bed
and said: I have just spat out my heart.”

“I was born without a skin. I dreamed once that I stood naked in a garden and that it was carefully
and neatly peeled, like a fruit. Not an inch of skin left on my body. It was all gently pulled off,
all of it, and then I was told to walk, to live, to run. I walked slowly at first, and the garden was
very soft, and I felt the softness of the garden so acutely, not on the surface of my body, but all
through it, the soft warm air and the perfumes penetrated me like needles through every open
bleeding pore. All the pores open and breathing the softness, the warmth, and the smells. The
whole body invaded, penetrated, responding, every tiny cell and pore active and breathing and
trembling and enjoying. I shrieked with pain. I ran. And as I ran the wind lashed me, and then
the voices of people like whips on me. Being touched! Do you know what it is to be touched
by a human being!”

“I have such a fear of finding another like myself, and such a desire to find one! I am so utterly
lonely, but I also have such a fear that my isolation be broken through, and I no longer be the
head and ruler of my universe.”

“I am in great terror of your understanding by which you penetrate into my world;
and then I stand revealed and I have shared my kingdom with you.”

“I walk ahead of myself in perpetual expectancy
of miracles.”

“My first vision of earth was water veiled. I am of the race of men and women
who see all things through this curtain of sea, and my eyes are the color of water.”

“The leaf fall of his words, the stained glass hues of his moods, the rust in his voice,
the smoke in his mouth, his breath on my vision like human breath blinding a mirror.”

“What you burnt, broke, and tore is still in my hands. I am the keeper
of fragile things and I have kept of you what is indissoluble.”

“There is a fissure in my vision and madness will always rush through.”

“A voice that had traversed the centuries, so heavy it broke what it touched, so heavy I feared
it would ring in me with eternal resonance, a voice rusty with the sound of curses and the
hoarse cries that issue from the delta in the last paroxysm of orgasm.”

“Talk—half-talk, phrases that had no need to be finished, abstractions, Chinese bells played on
with cotton-tipped sticks, mock orange blossoms painted on porcelain. The muffled, close,
half-talk of soft-fleshed women. The men she had embraced, and the women, all washing
against the resonance of my memory. Sound within sound, scene within scene, woman
within woman—like acid revealing an invisible script. One woman within another
eternally, in a far-reaching procession, shattering my mind into fragments, into quarter
tones which no orchestral baton can ever make whole again.”

“I walked into my own book, seeking peace.
It was night, and I made a careless movement inside the dream; I turned
too brusquely the corner and I bruised myself against my madness.”

“Laughter and tears are not separate experiences, with intervals of rest:
they rush out together and it is like walking with a sword between your legs.”