Insomnia | An interview with Emil Cioran, 1984 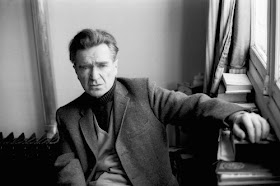 
"Anyone can escape into sleep, we are all geniuses when we dream,
the butcher's the poet's equal there."

"In the hours without sleep, each moment is so full and so vacant that it
suggests itself as a rival of Time."

"Read day and night, devour books - these sleeping pills - not to know but to forget! Through
books you can retrace your way back to the origins of spleen, discarding history and its illusions."

"I lost my sleep, and this is the greatest tragedy that can befall someone.
It is much worse than sitting in prison." 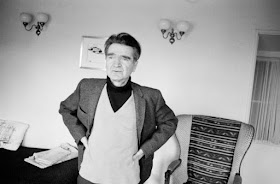 When did these sleepless nights begin?

They began in my youth, at about nineteen.  It wasn’t simply a medical problem, it was deeper than that.  It was the fundamental period of my life,
the most serious experience.  All the rest is secondary.  Those sleepless nights opened my eyes, everything changed for me because of that.

Do you suffer it still?

A lot less. But that was a precise period, about six or seven years, where my whole perspective on the world changed. I think it’s a very important problem. It happens like this: normally someone who goes to bed and sleeps all night, the next day he begins a new life almost. It’s not simply another day, it’s another life. And so, he can undertake things, he can express himself, he has a present, a future, and so on. But for someone who doesn’t sleep, from the time of going to bed at night to waking up in the morning it’s all continuous, there’s no interruption. Which means, there is no suppression of consciousness. It all turns around that. So, instead of starting a new life, at eight in the morning you’re like you were at eight the evening before. The nightmare continues uninterrupted in a way, and in the morning, start what? Since there’s no difference from the night before. That new life doesn’t exist. The whole day is a trial, it’s the continuity of the trial. While everyone rushes toward the future, you are outside. So, when that’s stretched out for months and years, it causes the sense of things, the conception of life, to be forcibly changed. You don’t see what future to look forward to, because you don’t have any future. And I really consider that the most terrible, most unsettling, in short the principal experience of my life. There’s also the fact that you are alone with yourself. In the middle of the night, everyone’s asleep, you are the only one who is awake. Right away I’m not a part of mankind, I live in another world. And it requires an extraordinary will to not succumb.

Succumb to what, madness?

Yes.  To the temptation of suicide.  In my opinion, almost all suicides, about ninety percent say, are due to insomnia.  I can’t prove that, but I’m convinced.

Have you met other insomniacs through the years who suffered like that?

Not to that degree, no.  Perhaps in a lunatic asylum one might.  But I wasn’t crazy at all, that’s what’s interesting.  What I often liked to do, I should say, was go for walks at night.  Curiously enough, I did that in Paris as well, until about ten years ago.  Very often, in the middle of the night, if I couldn’t sleep, I’d get up and go walking through Paris for two or three hours.  Now it’s become too dangerous to just go out for a walk like that at four in the morning.  I liked to go all over the place.  I’d wait till people were going to work, and then I’d come home and sleep a little.  But I was doing better by then.

From an interview with Emil Cioran, 1984
Jason Weiss, Writing at Risk: Interviews in Paris With Uncommon Writers, 1991