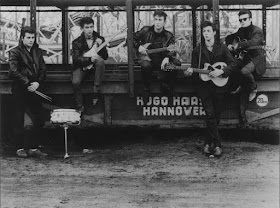 "Our philosophy then, because we were only little kids, was wearing black clothes and going
around looking moody. Of course, we hadn't a clue who Jean-Paul Sartre was. We got inspired
by all the French artists and writers, because that was the closest we could get. England was so
far away, and America was out of the question. So France was the nearest. So we got all the
information from France, and we tried to dress like the French existentialists...
We wanted to be free, we wanted to be different, and tried to be cool, as we call it now." 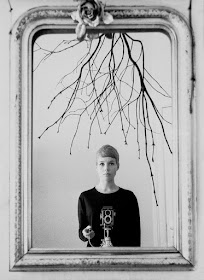 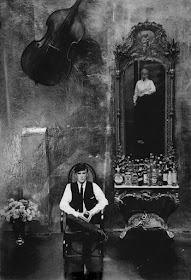 "Stuart was somebody very, very special. He had a wisdom, and the ability to give so much,
as far as feeling and love was concerned. We were young and innocent and Stuart gave all he
had - he wasn’t the type of person who could hide anything. He gave everything fully, not
only to me but in his devotion to art. We had loved from first sight and he’s the only man I
met who I was sure would be ‘the one’ - he would be me and I would be him." 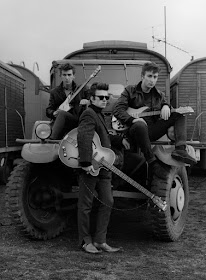 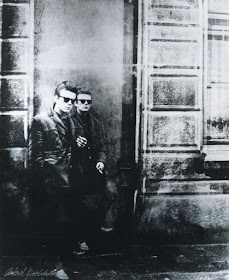 Astrid Kirchherr: John, George & Stuart  at Heiligengeistfeld from Truck Session, 1960  / Stuart Sutcliff at the rear exit of the Star Club, 1961


'It was Hamburg that did it. That's where we really developed. To get the Germans going,
and keep it up for twelve hours at a time, we would really have to hammer. We would
never have developed as much if we'd stayed at home. We had to try anything that came
into our heads in Hamburg. There was nobody to copy from. We played what we liked
best and the Germans liked it as long as it was loud.' 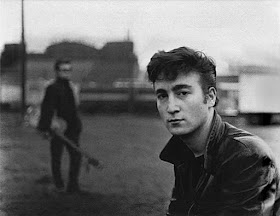 John Lennon and Stuart Sutcliffe at the Fairground, 1960 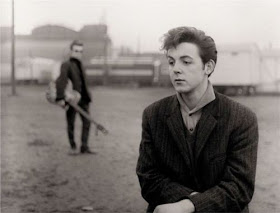 Paul McCartney and Stuart Sutcliffe at the Fairground, 1960 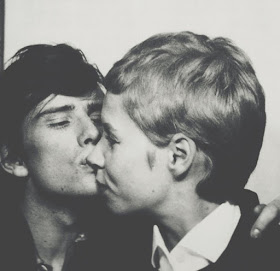 “You know I wanna stay with you, right? I mean forever... we agree on that, right?
Are you crazy, Stuart?
No, I'm in love... but maybe that's the same thing.” 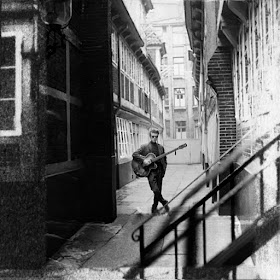 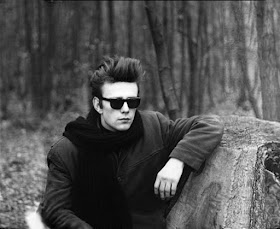 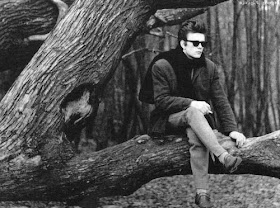 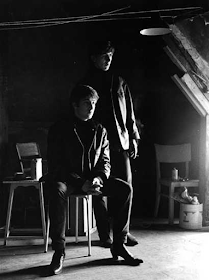 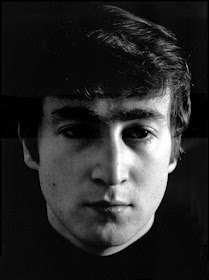 “After the death of Stuart, John and George took care of me. And they often visited my home.
John said first: “Show me where he drew.” And I answered: “Of course.” And then I realized
that I should take a picture. I took an old chair, and set it there. John was overwhelmed with
emotion. He sat in a room where his friend had just worked. He almost burst into tears.
George began to worry, and I asked him to stand behind John. It’s amazing how quickly
George realized what was happening, that life and death had met. He just turned eighteen.
But his eyes on the photo are full of concern for John. And John was on the verge of collapse.
It was visible on his face." 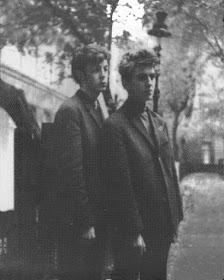 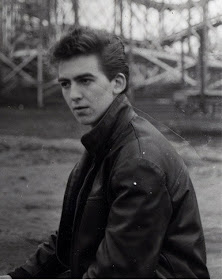 "George was a sweet man, who, despite reflections on him by others,
was really the least complicated of the Beatles… at least to me" 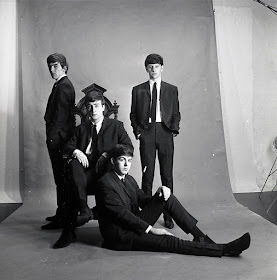 'John said in an interview that Brian Epstein had persuaded them to put on suits, and that
they didn't like it too much at first; but in truth they were well aware that it was a essential
part of being successful, and playing bigger venues like the Star Club. They weren't
shouting, 'Get this suit off me!' or 'I can't stand it!' I think they liked the suits; they'd
had made them how they'd wanted.' 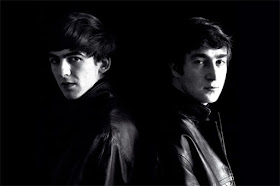 'I know for sure that if I hadn't have met The Beatles in 1960,
my life would have been completely different.' 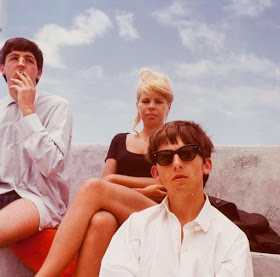 Astrid Kirchherr (1938 – 2020) was a German photographer and artist known for her association
with the Beatles, and her photographs of the band's original members – John Lennon, Paul
McCartney, George Harrison, Stuart Sutcliffe and Pete Best – during their early days in Hamburg. 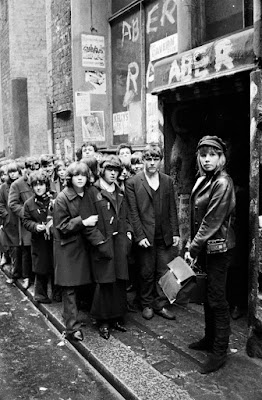 Max Scheler, Astrid Kirchherr in front of The Cavern Club in Liverpool, 1964