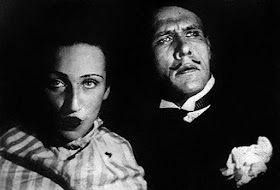 “I was most happy when pen and paper were taken from me and I was forbidden from doing
anything. I had no anxiety about doing nothing by my own fault, my conscience was clear,
and I was happy. This was when I was in prison.”

“These verses have become a thing and one can take them off the page and throw them
at a window, and the window would break. That's what words can do!”

“Madeleine, you’ve grown too cold to lie alone beneath a bush a youth bows down over you
with a face as hot as Tibet. The pilot has grown old along the way. He waves his hands—but
doesn’t fly he moves his legs—but doesn’t go waves once or twice and falls then lies for years
without decay Poor Madeleine grieves a braid she weaves. and chases idle dreams away.”

“A short lightning flash of white snow flew into the woods frightening the animals there a
hare hops around the bird-cherry there a bobcat lies in wait for an underwater mouse puffed
out its muzzle raised its tasseled tail mangy beast of prey to you woodpeckers and rabbits
are as scrambled eggs to us only the oak stands paying no attention to anyone itself just
recently fallen from the sky the pain not yet abated the branches had not drawn apart not a
reproach nor an answer did I deserve oh my spurs seize me chop me and beat me right in the
back right in the back oh he’s fast I thought I see before me the torah but no the lun a tic the
lunatic of my words one thing I won’t repeat will not repeat my whole life through this is
ladies and gentlemen ladies and gentlemen my attentive audience that leap the leap from the
heights of treesongers down on to the boards of stone the tables of stone tables of oh giant
Numbers.” 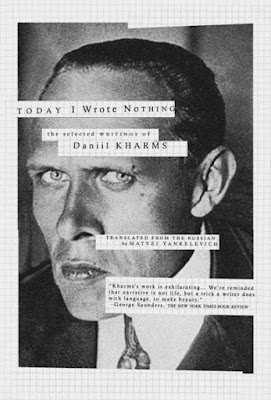