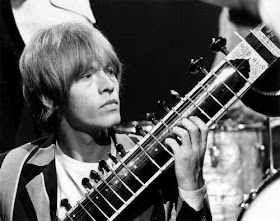 Brian Jones was an English musician, best known as founder and the original leader
of the Rolling Stones. Initially a slide guitarist, Jones would go on to play a wide variety of
instruments on Rolling Stones recordings and in concerts, such as rhythm and lead guitar,
various keyboard instruments such as piano and organ, marimba, harmonica, sitar, wind
instruments such as recorder, saxophone, oboe, and numerous others. 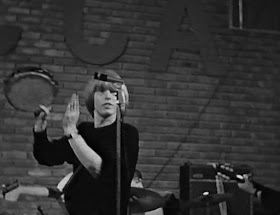 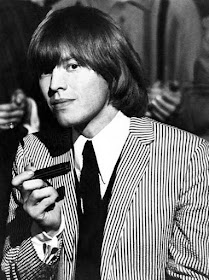 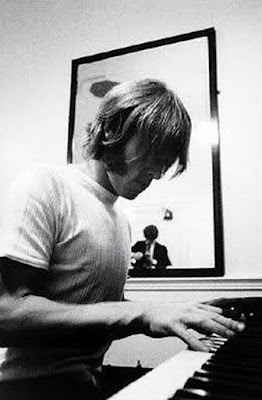 Brian Jones and Keith Richards developed a unique style of guitar play that Richards refers to
as the "ancient art of weaving" where both players would play rhythm and lead parts together
without clear boundaries between the two roles. 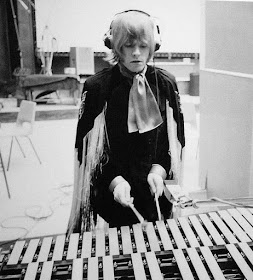 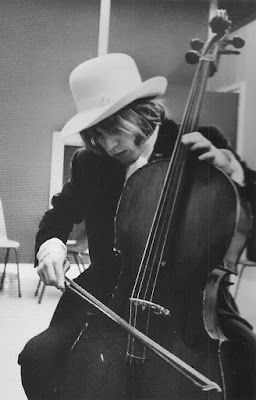 Under My Thumb · The Rolling Stones · 1966
Brian Jones plays marimba 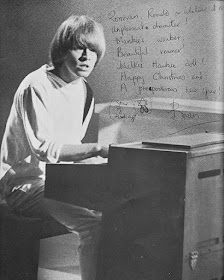 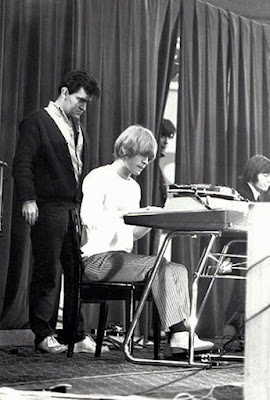 Brian Jones was a talented multi-instrumentalist, seemingly at home on any musical instrument.
For many Rolling Stones tracks prior to 1969, for any instrument except the standard rock
instrumentation of drums, guitars, piano, or bass, Jones would be the one playing it.

Examples of Brian Jones' contributions are his slide guitar on "I Wanna Be Your Man",
"I'm a King Bee", "Little Red Rooster", "I Can't Be Satisfied", "I'm Movin' On",
"Doncha Bother Me" and "No Expectations".

Brian Jones can also be heard playing Bo Diddley-style rhythm guitar on "I Need You
Baby" and on "Please Go Home", the guitar riff in "The Last Time";

sitar on "Street Fighting Man" and "Paint It Black"; organ on "Let's Spend the Night
Together"; marimba on "Under My Thumb", "Out of Time" and "Yesterday's Papers";
recorder on "Ruby Tuesday" and "All Sold Out"; saxophone on "Child of the Moon" and
"Citadel";
kazoo on "Cool, Calm And Collected"; Appalachian dulcimer on "I Am Waiting"
and "Lady Jane",
Mellotron on "She's a Rainbow", "We Love You", "Stray Cat Blues", "2000 Light Years
from Home", and "Citadel";
and the autoharp on "Ride On, Baby" and on "You Got the Silver". He also played the
oboe/soprano sax solo in "Dandelion".

Brian Jones also played harmonica on many of the Rolling Stones' early songs.

Brian Jones played alto saxophone on The Beatles song "You Know My Name",
which was released in March 1970, eight months after his death. 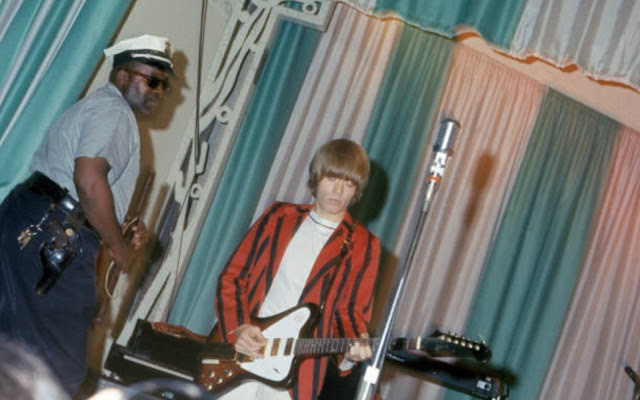 Brian Jones plays a Gibson Firebird on stage at the Marine Ballroom
on the Steel Pier, Atlantic City, 1966 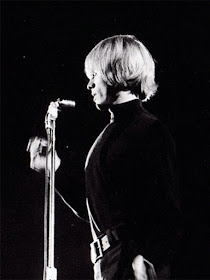 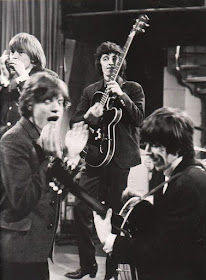 Brian Jones was able to develop a tune from the sitar in a short amount of time (Jones had had a
background with the instrument as far back as 1961), largely due to his studies under Harihar
Rao, a disciple of Ravi Shankar. Not long after a discussion with George Harrison, who had
recently recorded sitar on "Norwegian Wood", Jones arranged basic melodies with the instrument
that, over time, morphed into the one featured in "Paint It Black" 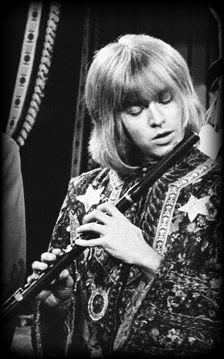 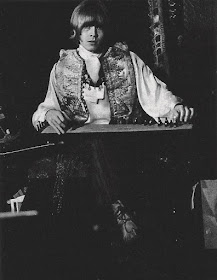 Jones purchased a dulcimer while touring the US with the Stones. He then commissioned
Vox to build him an electric version, which became the Vox Bijou. 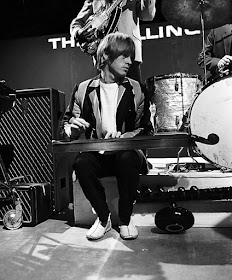 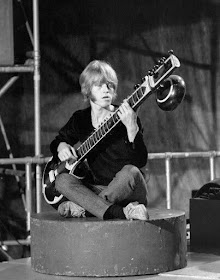 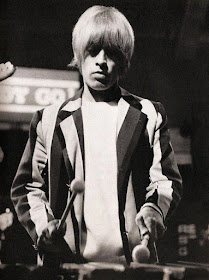 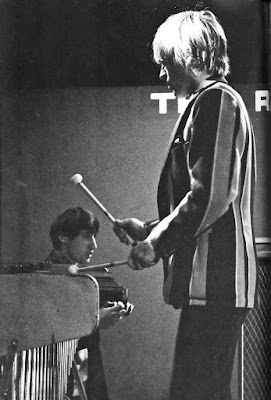 Something Happened To Me Yesterday · The Rolling Stones · 1967 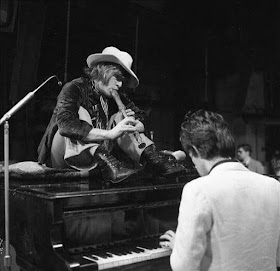 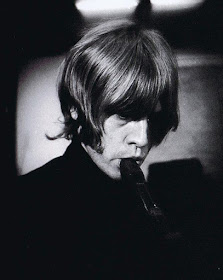 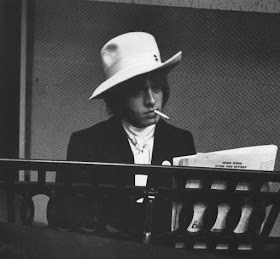 The recorder is a woodwind musical instrument in the group known as internal duct flutes-flutes
with a whistle mouthpiece, also known as fipple flutes. 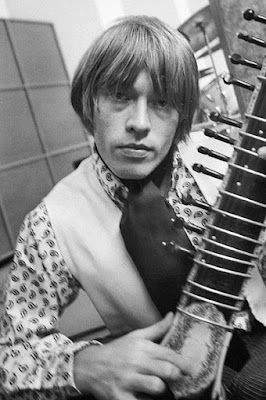 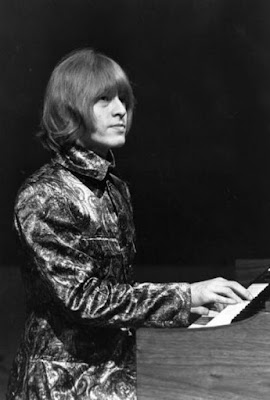 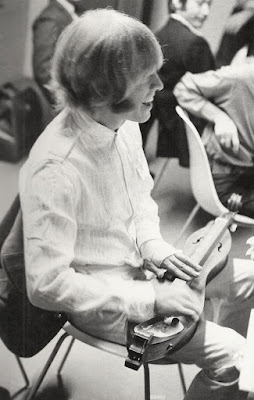 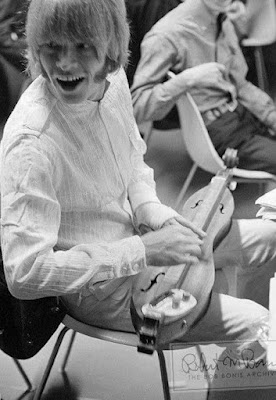 Brian Jones with his dulcimer

The dulcimer was first brought to his attention in March 1966 when Jones began
listening to recordings of Richard Farina. 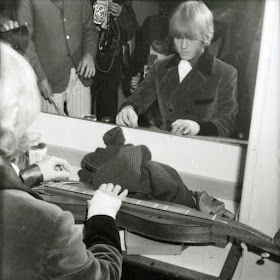