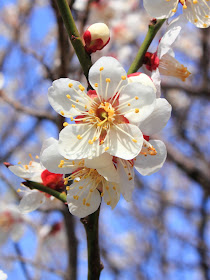 Kung walked
by the dynastic temple
and into the cedar grove,
and then out by the lower river,
And with him Khieu Tchi
and Tian the low speaking
And "we are unknown," said Kung,
"You will take up charioteering?
"Then you will become known,
"Or perhaps I should take up charioterring, or archery?
"Or the practice of public speaking?"
And Tseu-lou said, "I would put the defences in order,"
And Khieu said, "If I were lord of a province
"I would put it in better order than this is."
And Tchi said, "I would prefer a small mountain temple,
"With order in the observances,
with a suitable performance of the ritual,"
And Tian said, with his hand on the strings of his lute
The low sounds continuing
after his hand left the strings,
And the sound went up like smoke, under the leaves,
And he looked after the sound:
"The old swimming hole,
"And the boys flopping off the planks,
"Or sitting in the underbrush playing mandolins."
And Kung smiled upon all of them equally.
And Thseng-sie desired to know:
"Which had answered correctly?"
And Kung said, "They have all answered correctly,
"That is to say, each in his nature."
And Kung raised his cane against Yuan Jang,
Yuan Jang being his elder,
For Yuan Jang sat by the roadside pretending to
be receiving wisdom.
And Kung said
"You old fool, come out of it,
"Get up and do something useful."
And Kung said
"Respect a child's faculties
"From the moment it inhales the clear air,
"But a man of fifty who knows nothng
Is worthy of no respect."
And "When the prince has gathered about him
"All the savants and artists, his riches will be fully employed."
And Kung said, and wrote on the bo leaves:
If a man have not order within him
He can not spread order about him;
And if a man have not order within him
His family will not act with due order;
And if the prince have not order within him
He can not put order in his dominions.
And Kung gave the words "order"
and "brotherly deference"
And said nothing of the "life after death."
And he said
"Anyone can run to excesses,
"It is easy to shoot past the mark,
"It is hard to stand firm in the middle."

And they said: If a man commit murder
Should his father protect him, and hide him?
And Kung said:
He should hide him.

Prunus mume is an Asian tree species classified in the Armeniaca section of the genus
Prunus subgenus Prunus. Its common names include Chinese plum and Japanese apricot.