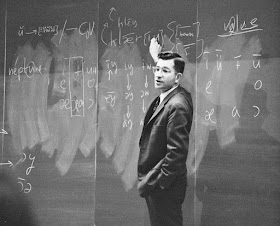 “Discovery is the ability to be puzzled by simple things.”

“Don't be obsessed with tactics but with purpose. Tactics have a half life.”

“Historical amnesia is a dangerous phenomenon not only because it undermines moral and
intellectual integrity but also because it lays the groundwork for crimes that still lie ahead.”

“The whole educational and professional training system is a very elaborate filter, which just weeds
out people who are too independent, and who think for themselves, and who don't know how to be
submissive, and so on -- because they're dysfunctional to the institutions.”

“Education is a system of imposed ignorance.”

“That is the nature of being well educated. It is to accept
the framework of power and not question it.”

“Education doesn't determine how you earn, education determines how you spend.”

“Choice of sources can shield extreme bias behind a façade of objectivity.”

“There's an awful lot you can find in the press. If you do what you really ought to do, start
by reading every article from the end, back to the front; most of the lies are up in the front.
Turns out there's a lot of stuff back there.”

“The more you can increase fear of drugs, crime, welfare mothers,
immigrants and aliens, the more you control all of the people.”

“All over the place, from the popular culture to the propaganda system, there is constant
pressure to make people feel that they are helpless, that the only role they can have
is to ratify decisions and to consume.”

“The smart way to keep people passive and obedient is to strictly limit the spectrum
of acceptable opinion, but allow very lively debate within that spectrum....”

“How it is we have so much information, but know so little?”

“Either you repeat the same conventional doctrines everybody is saying,
or else you say something true, and it will sound like it's from Neptune.”

“That's the whole point of good propaganda. You want to create a slogan that nobody's
going to be against, and everybody's going to be for. Nobody knows what it means,
because it doesn't mean anything.”

“Propaganda is to a democracy what the bludgeon is to a totalitarian state.”

“It is important to bear in mind that political campaigns are designed
by the same people who sell toothpaste and cars.”

“The very design of neoliberal principles is a direct attack on democracy.”

“As in the past, the costs and risks of the coming phases of the industrial
economy were to be socialized, with eventual profits privatized.”

“In every modern economy, the taxpayers are made to subsidize the private
corporations, who then keep the profits for themselves.”

“Earlier in the twentieth century some critics called fascism “capitalism with the gloves off,”
meaning that fascism was pure capitalism without democratic rights and organizations.”

“Neoliberalism works best when there is formal electoral democracy, but when the population
is diverted from the information, access, and public forums necessary for meaningful
participation in decision making.”

“Neoliberal democracy. Instead of citizens, it produces consumers. Instead of communities,
it produces shopping malls. The net result is an atomized society of disengaged individuals
who feel demoralized and socially powerless.”

“When you trap people in a system of debt, they can’t afford the time to think. ”

“The beauty of our system is that it isolates everybody. Each person is sitting alone in front
of the tube, you know. It's very hard to have ideas or thoughts under those circumstances.
You can't fight the world alone.”

“As long as the general population is passive, apathetic, diverted to consumerism or hatred
of the vulnerable, then the powerful can do as they please, and those who survive will
be left to contemplate the outcome.”

“If you want to traumatize people, treason trials are an extreme way—if there are spies
running around in our midst, then we’re really in trouble, we’d better just listen to
the government and stop thinking.”

“It's nice to have the laws, but it's nice partly because it makes it easier to struggle for your
rights-it's not that the laws give you the rights. Laws can be on the books and mean
absolutely nothing” 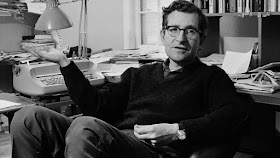 “If a man acts in a purely mechanical way, reacting to external demands or instruction rather
than in ways determined by his own interests and energies and power, “we may admire
what he does, but we despise what he is.”

“If you have a political movement that's strong enough that the power structure has to
accommodate it, it'll get accommodated in some fashion-as in the case of union
organizing rights here, the Wagner Act. But when that movement stops being active
and challenging, those rights just aren't going to matter very much anymore.”

“The sign of a truly totalitarian culture is that important truths simply lack cognitive meaning
and are interpretable only at the level of ‘Fuck You’, so they can then elicit a perfectly
predictable torrent of abuse in response. We’ve long ago reached that level.”

“Truisms at least have the merit of being true, which distinguishes them from
a good deal of political discourse.”

“It's very important for institutions of concentrated power to keep people alone and isolated:
that way they're ineffective, they can't defend themselves against indoctrination, they
can't even figure out what they think.”

“There is no sensible way to invoke functional notions as explanatory
concepts at the synchronic or ontogenetic level.”

“Religion is based on the idea that God is an imbecile.”

“The Bible is probably the most genocidal book in the literary canon.”

“It is quite possible--overwhelmingly probable, one might guess--that we will always learn
more about human life and personality from novels than from scientific psychology”

“You don't get to be a respected intellectual by uttering truisms in monosyllables.”

“The role of intellectuals and radical activists, then, must be to assess and evaluate,
to attempt to persuade, to organize, but not to seize power and rule”

“Civil society is hardly more than a conspiracy by the rich to guarantee their plunder.”

“You cannot control your own population by force, but it can be distracted by consumption.”

“It doesn't matter what we cover, it matters what you discover”