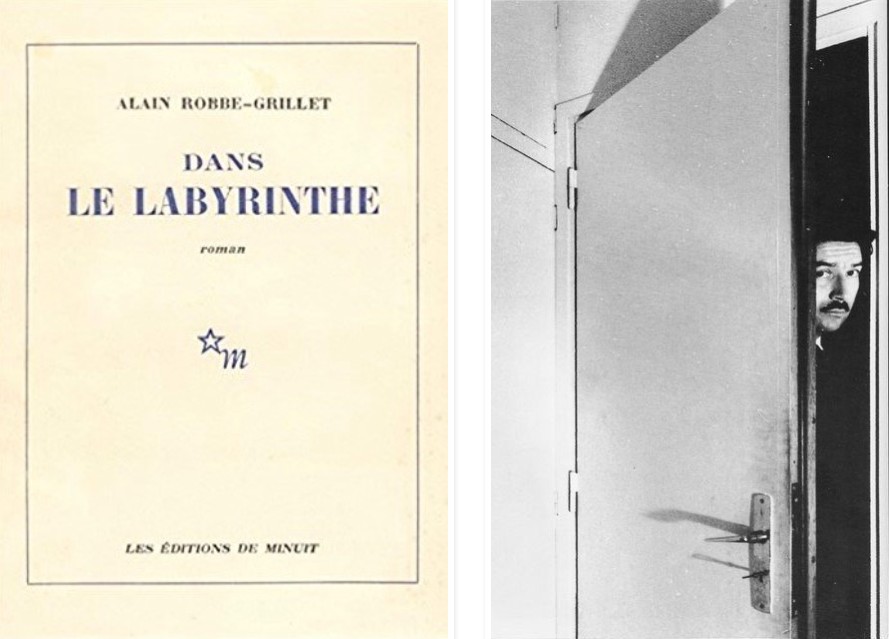 
“I have a missing order from the Iowa State Fair.”

"Then there is the electric bulb swaying at the end of the long wire and the man's shadow swaying across the closed door like a slow metronome."

"An arm remains half raised, a mouth gapes, a head is tipped back; but tension has replaced movement, the features are contorted, the limbs stiffened, the smile has become a grimace, the impulse has lost its intention and its meaning, There no longer remains, in their place, anything but excess, and strangenness, and death."

Alain Robbe-Grillet - In The Labyrinth, 1959 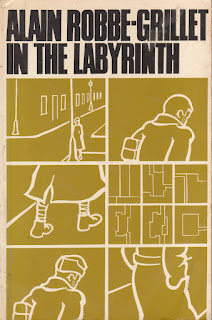 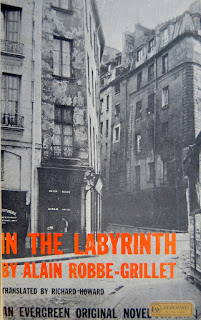 The story is about a wounded soldier wandering wartime
streets in effort to deliver an important package.