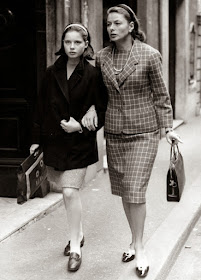 "The first time David Lynch saw Isabella Rossellini, not knowing who she was, he asked
“Who is that Ingrid Bergman-looking woman?”" 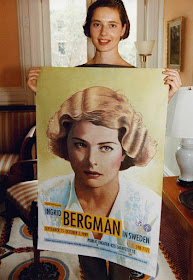 Isabella Rossellini holds a poster of her mother Ingrid Bergman, 1989


“It’s easier for me to look at her films when she was young and harder when she was older
because this is the mother I remember. Of all her Hitchcock films I love Notorious and I
love Casablanca for the humour. It’s recognised as a romantic film but there is a lightness
and comical tone that is extraordinary.”