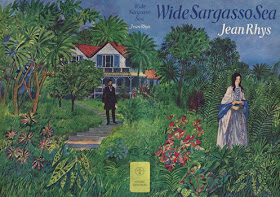 “You can pretend for a long time, but one day it all falls away and you are alone.
We are alone in the most beautiful place in the world...”

“Only the magic and the dream are true — all the rest's a lie.”


“Blot out the moon,
Pull down the stars.
Love in the dark, for we're for the dark
So soon, so soon.”

“There is always another side, always.”


"There was no need for music when she danced. They stopped and she leaned backwards over his
arm, down till her black hair touched the flagstones—still down, down. Then up again in a flash,
laughing. She made it look so easy—as if anyone could do it, and he kissed her—a long kiss."

“Have all beautiful things sad destinies?”

“As soon as I turned the key I saw it hanging, the color of fire and sunset. the colour
of flamboyant flowers. ‘If you are buried under a flamboyant tree, ‘ I said, ‘your soul
is lifted up when it flowers. Everyone wants that.’

She shook her head but she did not move or touch me.”


“I can remember every second of that morning, if I shut my eyes I can see the deep blue colour
of the sky and the mango leaves, the pink and red hibiscus, the yellow handkerchief she wore
around her head, tied in the Martinique fashion with the sharp points in front, but now I see
everything still, fixed for ever like the colours in a stained-glass window. Only the clouds move.
It was wrapped in a leaf, what she had given me, and I felt it cool and smooth against my skin.”


“I watched her die many times. In my way, not in hers. In sunlight, in shadow, by moonlight,
by candlelight. In the long afternoons when the house was empty. Only the sun was there
to keep us company. We shut him out. And why not? Very soon she was as eager for
what's called loving as I was - more lost and drowned afterwards.”


“What I see is nothing - I want what it hides - that is not nothing.”

“I hated the mountains and the hills, the rivers and the rain. I hated the sunsets of
whatever colour, I hated its beauty and its magic and the secret I would never know.
I hated its indifference and the cruelty which was part of its loveliness. Above all I hated her.
For she belonged to the magic and the loveliness. She had left me thirsty and all my life
would be thirst and longing for what I had lost before I found it.”


“I sit at my window and the words fly past me like birds — with God's help I catch some.”

“If I was bound for hell, let it be hell. No more false heavens. No more damned magic.
You hate me and I hate you. We’ll see who hates best. But first, first I will destroy your hatred.
Now. My hate is colder, stronger, and you’ll have no hate to warm yourself. You will have nothing.”

"—and I forgot, or told myself I had forgotten."

“If she says goodbye perhaps adieu. Adieu - like those old time songs she sang. Always adieu
(and all songs say it). If she too says it, or weeps, I'll take her in my arms, my lunatic. She's
mad but mine, mine. What will I care for gods or devils or for Fate itself. If she smiles or
weeps or both. For me.”

“Rain, forever raining. Drown me in sleep. And soon.”

“It is the tragedy of a distinguished mind and a generous nature that have gone unappreciated
in a conventional, unimaginative world. A victim of men's incomprehension of women,
a symptom of women's mistrust of men.”

“The house was burning, the yellow-red sky was like the sunset...Nothing would be left,
the golden ferns and the silver ferns, the orchids, the ginger lilies and the roses...When
they had finished, there would be nothing left but blackened walls and the mounting
stone. That was always left. That could not be stolen or burned.”


“And what does anyone know about traitors, or why Judas did what he did?”

“Lies are never forgotten, they go on and they grow”

“When I was out on the battlements it was cool and I could hardly hear them. I sat there
quietly. I don't know how long I sat. Then I turned round and saw the sky. It was red and
all my life was in it.”

“There are always two deaths, the real one and the one people know about.”

“I must remember about chandeliers and dancing, about swans and roses and snow.” 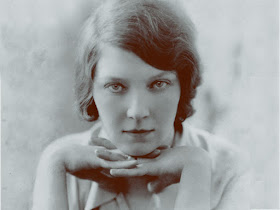 
It is a feminist and anti-colonial response to Charlotte Brontë's novel Jane Eyre (1847),
describing the background to Mr Rochester's marriage from the point-of-view of his mad
wife Antoinette Cosway, a Creole heiress. Antoinette Cosway is Rhys' version of Brontë's
devilish "madwoman in the attic".
Antoinette's story is told from the time of her youth in Jamaica, to her unhappy marriage to a
certain unnamed English gentleman, who renames her Bertha, declares her mad, and takes her
to England. Antoinette is caught in an oppressive patriarchal society in which she neither fully
belongs to Europe nor Jamaica. Wide Sargasso Sea explores the power of relationships between
men and women and develops postcolonial themes, such as racism, displacement, and assimilation.