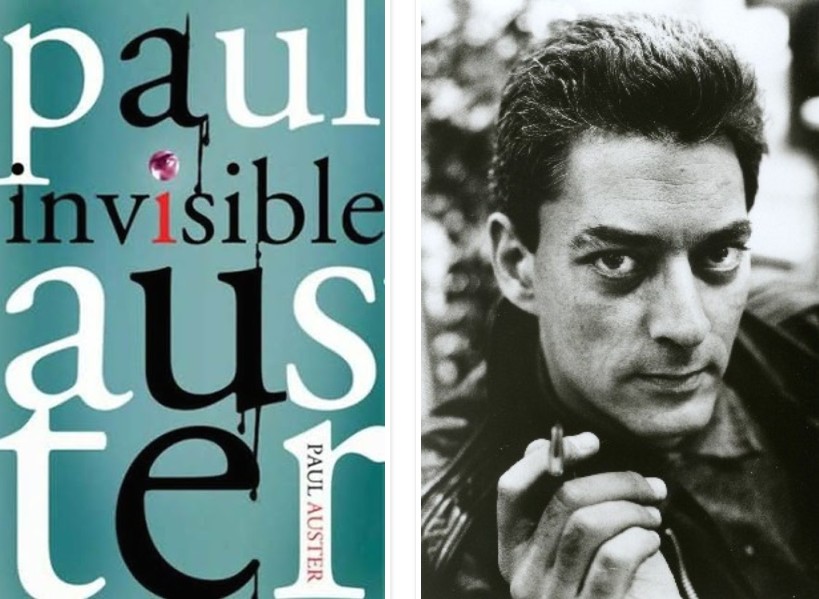 “You are a special case, Adam, and what makes you special is that you have no idea of the effect you have on other people.”

“You're too good for this world, and because of that the world will eventually crush you.”

“There is much to be explored in this hesitation, I believe, for it seems to suggest that I already understood… that allowing myself to get involved with him could possibly lead to trouble.”

“The story is not in the words; it's in the struggle.”

“Any writer who feels he is standing on safe ground is unlikely to produce anything of value.”

"By writing about myself in the first person, I had smothered myself and made myself invisible. ... I needed to separate myself from myself, to step back and carve out some space between myself and my subject (which was myself)."

“Real love is when you get as much pleasure from giving pleasure as you do from receiving it.”

“But if these unavoidable separations cause you a measure of pain, they also increase your longing for her, and perhaps that isn’t a bad thing, you decide, for you spend your days in the thrall of breathless anticipation, agitated and alert, counting the hours until you can see her and hold her again. Intense.”

“Pity is such an awful, useless emotion- you have to bottle it up and keep it to yourself.The moment you try to express it, it only makes things worse.”

"If I hadn't been told it was a true story, I probably would have plunged in and taken those sixty-plus pages for the beginning of a novel.”

“You understood that there was no better thing in the world than to be kissed in the way she was kissing you, that this was without argument the single most important justification for being alive.”

“She shuns the term making love, for example, in favor of older, more hilarious locutions, such as rumpty-rumpty, quaffing, and bonker bang. A good orgasm is referred to as a bone-shaker. Her ass is a rumdadum. Her crotch is a slittie, a quim, a quim-box, a quimsby. Her breasts are boobs and tits, boobies and titties, her twin girls. At one time or another, your penis is a bong, a blade, a slurp, a shaft, a drill, a quencher, a lancelot, a lightning rod, Charles Dickens, Dick Driver, and Adam Junior... In the grip of approaching orgasm, however, she tends to revert to the contemporary standbys, falling back on the simplest, crudest words in the English lexicon to express her feelings. Cunt, pussy, fuck. Fuck me, Adam. Again and again. Fuck me, Adam.”

“You both love Tolstoy and Dostoyevsky, Hawthorne and Melville, Flaubert and Stendahl, but at that stage of your life you cannot stomach Henry James, while Gwyn argues that he is the giant of giants, the colossus who makes all other novelists look like pygmies. You are in complete harmony about the greatness of Kafka and Beckett, but when you tell her that Celine belongs in their company, she laughs at you and calls him a fascist maniac. Wallace Stevens yes, but next in line for you is William Carlos Williams, not T.S. Eliot, whose work Gwyn can recite from memory. You defend Keaton, she defends Chaplin, and while you both howl at the sight of the Marx Brothers, your much-adored W.C. Fields cannot coax a single smile from her. Truffaut at his best touches you both, but Gwyn finds Godard pretentious and you don't, and while she lauds Bergman and Antonioni as twin masters of the universe, you reluctantly tell her that you are bored by their films. No conflicts about classical music, with J.S. Bach at the top of the list, but you are becoming increasingly interested in jazz, while Gwyn still clings to the frenzy of rock and roll, which has stopped saying much of anything to you. She likes to dance, and you don't. She laughs more than you do and smokes less. She is a freer, happier person than you are, and whenever you are with her, the world seems brighter and more welcoming, a place where your sullen, introverted self can almost begin to feel at home.”

"Blur of sophistication and depravity."

“So you test the waters cautiously, baby step by baby step, grazing your mouths against each other’s necks, grazing your lips against each other’s lips, but for many minutes you do not open your mouths, and although you have wrapped your arms around each other in a tight embrace, your hands do not move. A good half hour goes by, and neither one of you shows any inclination to stop. That is when your sister opens her mouth.”

“When Gwyn came for the first time, the sound of air surging in and out of her nostrils.”

“I sometimes confuse my thoughts about the world with the world itself.”

“More often than not, what stirs the imagination is best kept in the imagination, and Gwyn is aware of that, she is wise enough to know that the distance between thought and deed can be enormous, a gulf as large as the world itself.”