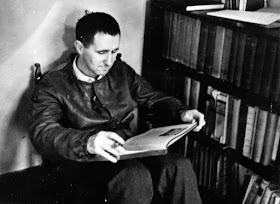 “People who understand everything get no stories.”

“Every time you name yourself, you name someone else.”

“Sometimes it's more important to be human, than to have good taste. ”

“Character is a question of time. It lasts for a certain length of time, just like a glove.”

“All artforms are in the service of the greatest of all arts: the art of living.”

“For what's the use of talking with a man who has a disease and thinks about the stars?” 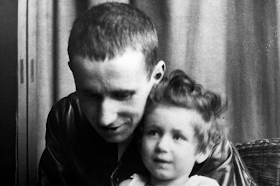 “Art is not a mirror to hold up to reality, rather a hammer to shape it.”

“Sin is what is new, strong, surprising, strange. The theatre must take an interest in sin if the young
are to be able to go there.”

“The aim of science is not to open the door to infinite wisdom, but to set a limit to infinite error.”

“Intelligence is not to make no mistakes, but quickly to see how to make them good.”

“Knowledge is just a commodity. It is acquired in order to be resold.”

“Scholars show their discoveries and hide their decorations.” 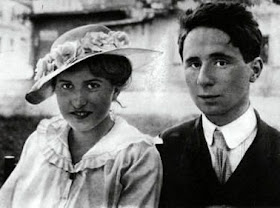 “How can one remain free of every weakness, above all of the most deadly, of love?”

“And the light shineth in the darkness.”

“The river that everything drags is known as violent, but nobody calls violent the margins that arrest him.”

“One cannot write poems about trees when the forest is full of police.”

“Why be a man when you can be a success.”

“As crimes pile up, they become invisible.” 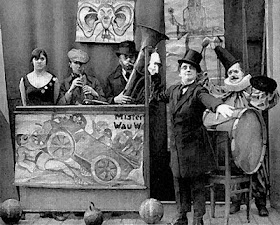 “Do not fear death so much, but rather the inadequate life”

“One must live well to know what living is.”

“Food comes first and then morality.”

“It's all right to hesitate if you then go ahead.”

“Proof seduces them. One of the greatest pleasures of the human race is thinking.” 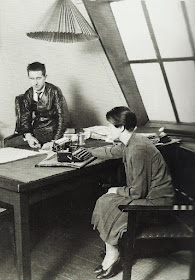 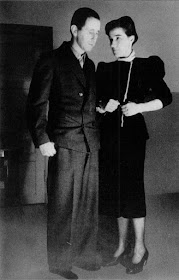 “Life is short and so is money.”

“Everyone chases after happiness, not noticing that happiness is at their heels.”

“He who fights, can lose. He who doesn't fight, has already lost.”

“Though the rich of this earth find no difficulty in creating misery, they can't bear to see it.”

“Alas, we who wanted kindness, could not be kind ourselves.”

“When the waters poured into Atlantis, the rich men still screamed for their slaves.”

“That cloud, however, blossomed just for minutes and when I gazed up, faded in the wind.” 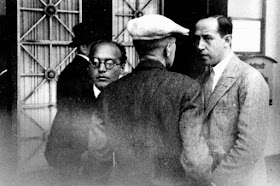 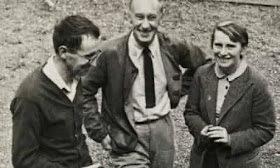 Helene Weigel and Bertolt Brecht in 1938 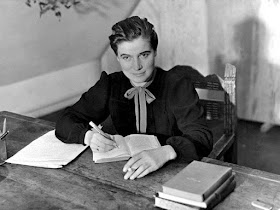 Ruth Berlau (1906-1974) was a Danish actress, director, photographer and writer, known for her collaboration with Bertolt Brecht.

Born to a merchant family, she learned French at a convent school, but had to drop out due to a pregnancy at the age of thirteen.
She studied acting and established her Danish reputation playing Anna in Brecht's Drums in the Night. During her teenage years,
she financed a bicycle tour of France, by writing up a somewhat fictionalized account of her travels for a Danish newspaper. In 1930,
she toured the Soviet Union by bicycle, and on her return joined the communist party. Later she took part behind the front lines in
the Spanish civil war.

In 1933, she presented herself to the newly arrived Brecht and his wife Helene Weigel, then staying on the island of Fyn, and within
two years had become his lover. In 1936, she divorced the doctor Robert Lund and threw herself into a collaboration with Brecht,
acting as a secretary as well as writing, translating, photographing and directing. With Brecht, Berlau published the short story
collection Jedes Tier kann es, considered obscene in its time. In 1940, she followed the Brecht clan to Sweden, Finland, the USSR
and finally to the United States, where a rupture with Brecht took place in 1944. In New York, she gave birth to her only child, who
was premature and only lived for a few days.

After the war, she followed the Brechts to Berlin, but was blacklisted from the Berliner Ensemble by Weigel, after Brecht's death in
1956. She died in the Charité hospital after setting her bed alight with a cigarette.