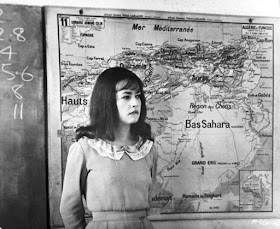 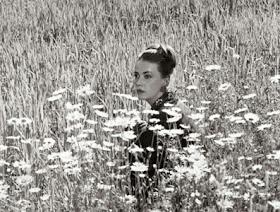 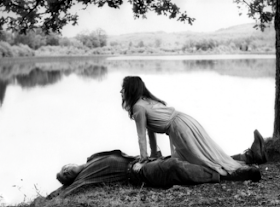 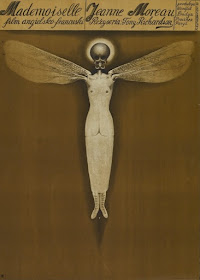 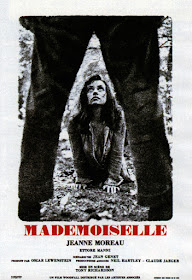 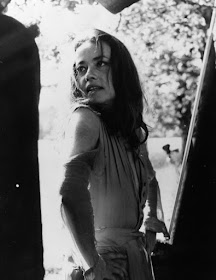 
“Jeanne Moreau is really something. There’s this scene where she’s like a chaste schoolteacher superficially, but inside she’s like a barbed wire fence on fire. There’s like this burly Italian Burt Lancaster who walks through the fields with a big gold St. Christopher medal on his chest and his shirt open, and he’s reeking of the wine fields, and he’s got a chain saw because he’s a lumberjack – and there’s all this tension because you know they’re gonna do it and when they do, they don’t let you down.

Whey they fuck it’s so heavy. It’s out in the field. He rips off her dress and she’s like an instant animal. He makes crawl through the field barking like a dog and she’s got this chiffon dress on, which he rips to shreds.

She’s so great. To me, the way she conquers a guy …I’m really studying Jeanne Moreau. If I turn out like Jeanne Moreau when I grow up I couldn’t ask for anything more. She’s so self-contained. She could start a forest fire. She came to my concert in France. I was so honored I didn’t even talk to her.

Then she sold this guy down the river. Like they fucked for two days in thunder and lightning, and the sky was just totally opening up, the fields were on fire, the whole world was going berserk – and they were just fucking right through it all. There was racial strife and poverty and people killing each other and everything was in flames, and they were still fucking.

And then he says at the end - he’s so stupid - he’s in love with her so he’s trying to be nice, but he fucks up and says, ‘I’ll be leavin’ tomorrow.’ He’s an Italian and he’s not accepted in this French village. He’s so stupid. You don’t tell a woman you’re leaving her after you fuck her for two days. If you are, you split fast, 'cuz else you’re gonna die. 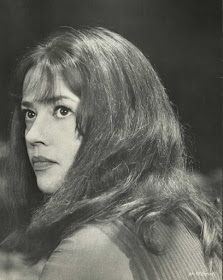 So she runs off and walks into town all fucked up, like she’s a chaste schoolteacher with a bun and everything. She’s like Jeanne Moreau, she’s like a lioness and she comes in with her chiffon dress all blood and filth and she’s like real satisfied and they see her and the women all get hysterical. She’s like the symbol of purity, their Madonna, Marianne Faithful, and they can’t believe she’s been so defiled. 'Was it the Italian? Was it, was it?’ She looks at them and she goes 'Oui.’ She says oui so great it’s like 'yeah’. In fact I coulda sworn she said "yeah.”

They killed the guy with sledge hammers, pitchforks and stuff, but that’s another story. Thing was, after she sold him up the river, she was just exhausted from being fucked so great in the rain and lightning.“