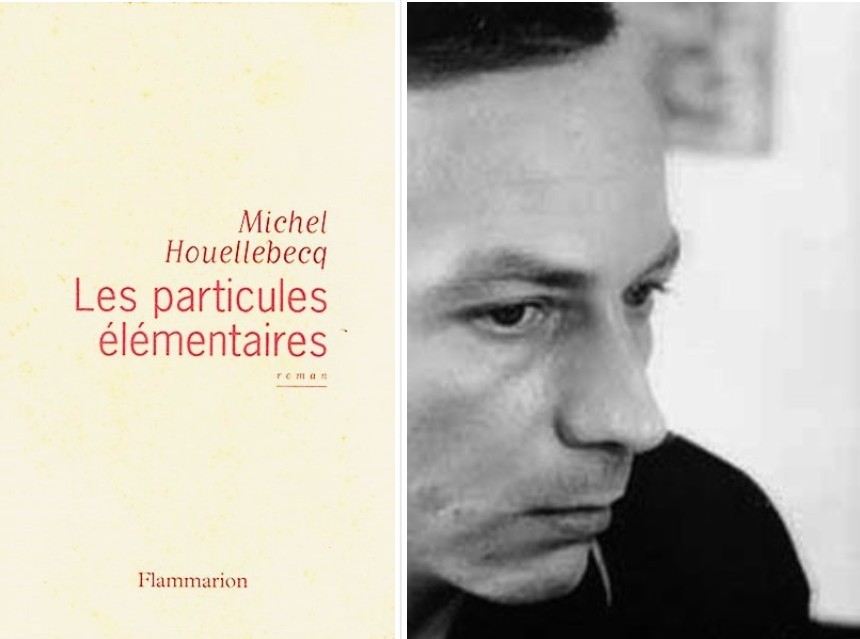 
“The world outside had its own rules, and those rules were not human.”

“Everyday morality is always a blend, variously proportioned, of perfect morality and other more ambiguous ideas, for the most part religious. The greater the proportion of pure morality in a particular system, the happier and more enduring the society. Ultimately, a society governed by the pure principles of universal morality could last until the end of the world.”

“Irony won't save you from anything; humour doesn't do anything at all. You can look at life ironically for years, maybe decades; there are people who seem to go through most of their lives seeing the funny side, but in the end, life always breaks your heart. Doesn't matter how brave you are, or how reserved, or how much you've developed a sense of humour, you still end up with your heart broken. That's when you stop laughing.”

“The terrible predicament of a beautiful girl is that only an experienced womanizer, someone cynical and without scruple, feels up to the challenge. More often than not, she will lose her virginity to some filthy lowlife in what proves to be the first step in an irrevocable decline.”

“What the boy felt was something pure, something gentle, something that predates sex or sensual fulfillment. It was the simple desire to reach out and touch a loving body, to be held in loving arms.
Tenderness is a deeper instinct than seduction, which is why it is so difficult to give up hope.”

“He doesn't know it yet, but the infinity of childhood is brief.”

“When he was six, Victor had made a card for his father’s birthday. On heavy drawing paper, he had written in big, multicolored letters: i love you dad. Now all that was past, over and done with. Bruno knew that things would only get worse, that they would move from mutual indifference to loathing. In a couple of years his son would try to go out with girls his own age; the same fifteen-year-old girls that Bruno lusted after. They would come to be rivals—which was the natural relationship between men. They would be like animals fighting in a cage; and the cage was time.”

“It's a curious idea to reproduce when you don't even like life.”

“Back in Paris they had happy moments together, like stills from a perfume ad (dashing hand in hand down the steps of Montmartre; or suddenly revealed in motionless embrace on the Pont des Arts by the lights of a bateau-mouche as it turned). There were the Sunday afternoon half-arguments, too, the moments of silence when bodies curl up beneath the sheets on the long shores of silence and apathy where life founders. Annabelle's studio was so dark they had to turn on the lights at four in the afternoon. They sometimes were sad, but mostly they were serious. Both of them knew that this would be their last human relationship, and this feeling lacerated every moment they spent together.”

“Love binds, and it binds forever. Good binds while evil unravels. Separation is another word for evil; it is also another word for deceit. All that exists is a magnificent interweaving, vast and reciprocal.”

“It is interesting to note that the "sexual revolution" was sometimes portrayed as a communal utopia, whereas in fact it was simply another stage in the historical rise of individualism.”

“Unhappiness isn't at its most acute point until a realistic chance of happiness, sufficiently close, has been envisioned.”

“Talking to morons like that is like pissing in a urinal full of cigarette butts, like shitting in a toilet full of Tampax: nothing gets flushed, and everything starts to stink.”

“At night, he dreamed of gaping vaginas. It was about then that he began reading Kafka. The first time, he felt a cold shudder, a treacherous feeling, as though his body were turning to ice; some hours after reading The Trial, he still felt numb and unsteady. He knew at once that this slow-motion world, riddled with shame, where people passed each other in an unearthly void in which no human contact seemed possible, precisely mirrored his mental world. The universe was cold and sluggish. There was, however, one source of warmth – between a woman’s thighs; but there seemed no way for him to reach it.”

“As soon as the genome had been cmpletely decoded (which would be in a matter of months) humanity would have complete control of its evolution; when that happened sexuality would be seen for what it really was: a useless, dangerous, and regressive function.”

“The greater the proportion of pure morality in a particular system, the happier and more enduring the society.”

“The only conclusion he could draw was that without points of reference, a man melts away.”

“There is no endless silence of infinite space, for in reality there is no space, no silence and no void.”

“The metaphysical mutation that gave rise to materialism and modern science in turn spawned two great trends: rationalism and individualism. Huxley’s mistake was in having poorly evaluated the balance of power between these two. Specifically, he underestimated the growth of individualism brought about by an increased consciousness of death. Individualism gives rise to freedom, the sense of self, the need to distinguish oneself and to be superior to others. A rational society like the one he describes in Brave New World can defuse the struggle. Economic rivalry—a metaphor for mastery over space—has no more reason to exist in a society of plenty, where the economy is strictly regulated. Sexual rivalry—a metaphor for mastery over time through reproduction—has no more reason to exist in a society where the connection between sex and procreation has been broken. But Huxley forgets about individualism. He doesn’t understand that sex, even stripped of its link with reproduction, still exists—not as a pleasure principle, but as a form of narcissistic differentiation. The same is true of the desire for wealth. Why has the Swedish model of social democracy never triumphed over liberalism? Why has it never been applied to sexual satisfaction? Because the metaphysical mutation brought about by modern science leads to individuation, vanity, malice and desire. Any philosopher, not just Buddhist or Christian, but any philosopher worthy of the name, knows that, in itself, desire—unlike pleasure—is a source of suffering, pain and hatred.”

“In revolutionary times, those who accord themselves, with an extraordinary arrogance, the facile credit for having inflamed anarchy in their contemporaries fail to recognize that what appears to be a sad triumph is in fact due to a spontaneous disposition, determined by the social situation as a whole. - Auguste Comte”

“It is possible to construct a history which is logically consistent. It cannot be said to be true; simply that it can be sustained without contradiction. Under a given set of experimental conditions, a finite number of possible histories can be recreated using Griffiths’s method; these are called Griffiths’s Consistent Histories. In these, the world behaves as though composed of separate objects, each having fixed, intrinsic properties. However, the number of consistent histories that can be created from a single set of data is generally greater than one. As a being you are self-aware, and this consciousness allows you to hypothesize that the story you’ve created from a given set of memories is a consistent history, justified by a single narrative voice. As a unique individual, having existed for a particular period and been subjected to an ontology of objects and properties, you can assert this with absolute certainty, and so automatically assume that it is a Griffiths’s history. You make this hypothesis about real life, rather than about the domain of dreams.”

“Some people live to be seventy, sometimes eighty years old believing there is always something new just around the corner, as they say; in the end they practically have to be killed or at least reduced to a state of serious incapacity to get them to see reason.”

“In contemporary Western society, death is like white noise to a man in good health; it fills his mind when his dreams and plans fade. With age, the noise becomes increasingly insistent, like a dull roar with the occasional screech. In another age the sound meant waiting for the kingdom of God; it is now an anticipation of death. Such is life.”