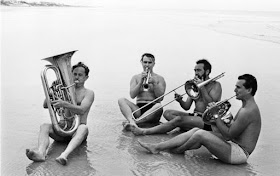 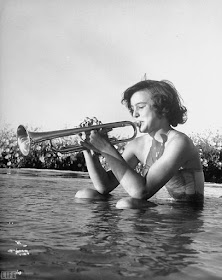 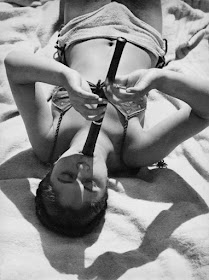 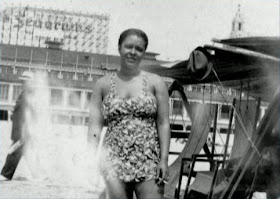 Billie as teenager at the age of 17 on the beach, summer 1932. Probably Conney Island, NYC. 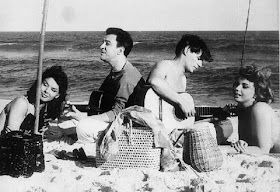 Joao Gilberto and Tom Jobim on the beach, 1962 / from the film Copacabana Palace 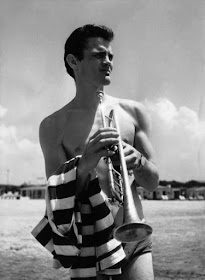 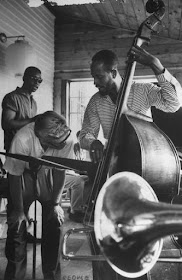 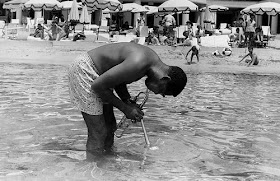 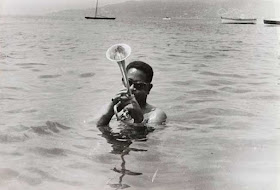 Dizzy Gillespie playing his trumpet on the French Riviera, circa 1960 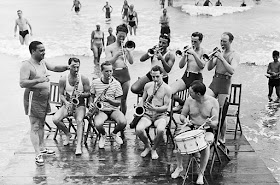 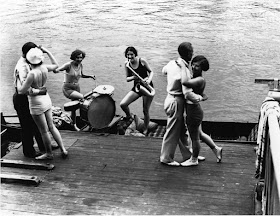 Two couples dancing to jazz on the riverside, played on a punt by two women dressed in swimming costumes, 1931 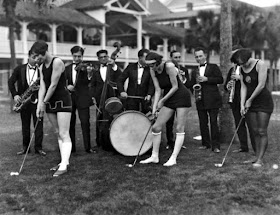 Golf instructors using music to improve the sense of timing in the swing of the students, Ormond Beach, Florida, 1926 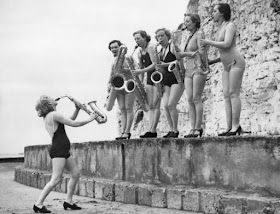 A female saxophone band known as 'The Silver Sax Six' rehearsing at a South Coast resort, 1938 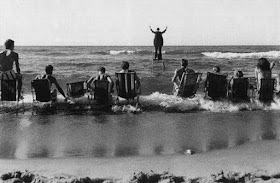 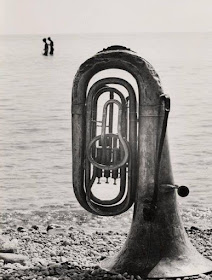