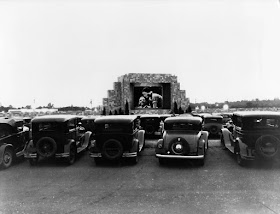 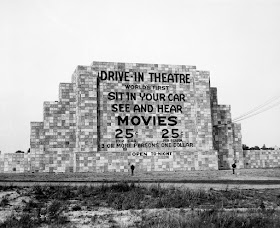 In May 1933, Richard Hollingshead, a sales manager at an auto products store in
Camden, New Jersey, patented a new idea: an outdoor cinema where people could
watch films from the comfort and privacy of their cars. 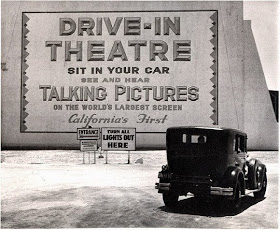 Hollingshead was motivated to develop the idea after witnessing his mother’s difficulty
sitting comfortably in a movie theater. He tested out various arrangements of projector,
screen, radio and cars in his own driveway, eventually settling on the auditorium-like
configuration of a screen facing a series of raised terraces that gave each car an
unobstructed view. 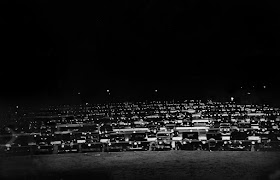 After receiving his patent, Hollingshead founded Park-In Theaters, Inc. and
built a drive-in with enough space for nearly 400 cars. 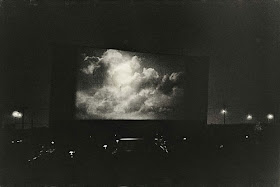 Diane Arbus, Clouds on Screen at a Drive-in-Movie, New Jersey, 1960

The “Automobile Movie Theater” opened on June 6, 1933 with a screening of the
1932 comedy Wives Beware. Admission was 25 cents per car plus an additional
25 cents per person, slightly more expensive than an indoor theater but with the
freedom to eat, smoke and otherwise take advantage of an automobile's privacy. 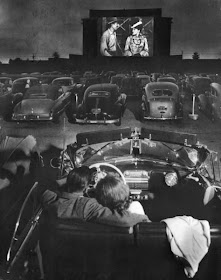 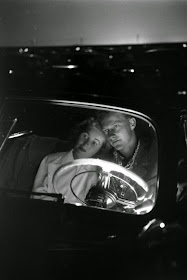 
Failing to make a profit, the first drive-in closed after just three years, but others
quickly popped up across the country and sparked a slew of lawsuits from Hollingshead.
His patent was ultimately overturned, clearing the way for thousands of more drive-ins to
be built. At their 1950s peak, drive-ins numbered nearly 5,000 countrywide. 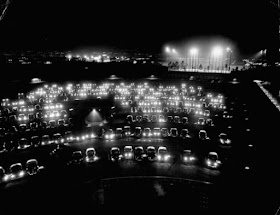 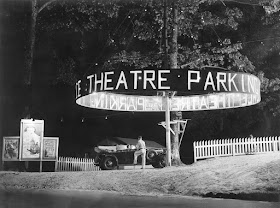 California entrance to a drive-in cinema, 1938

"The whole family is welcome, regardless of how noisy the children are." 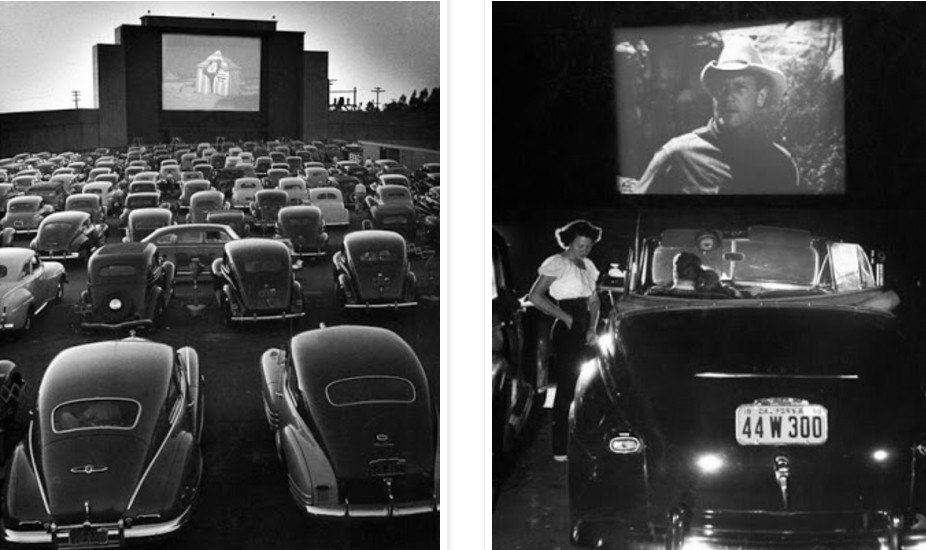 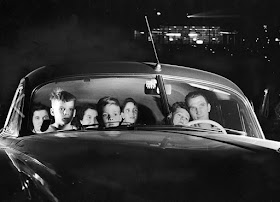 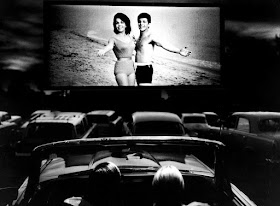 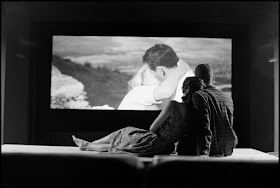 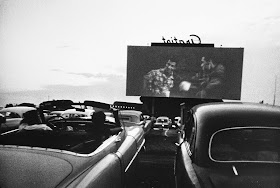 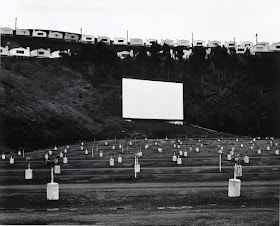 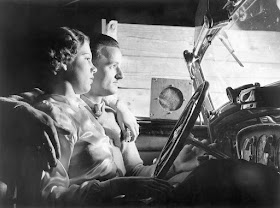 Visitors of a drive-in cinema, California, 1938 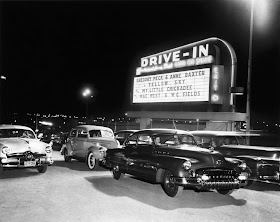 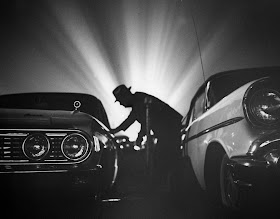 A. Y. Owen, A detective goes around checking cars at the drive-in to make sure kids are behaving, 1951 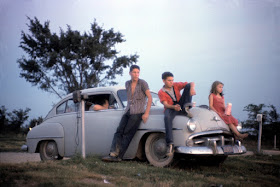 Wayne Miller, Illinois, A drive-in theater between Flora and the village of Louisville, Illinois, 1960