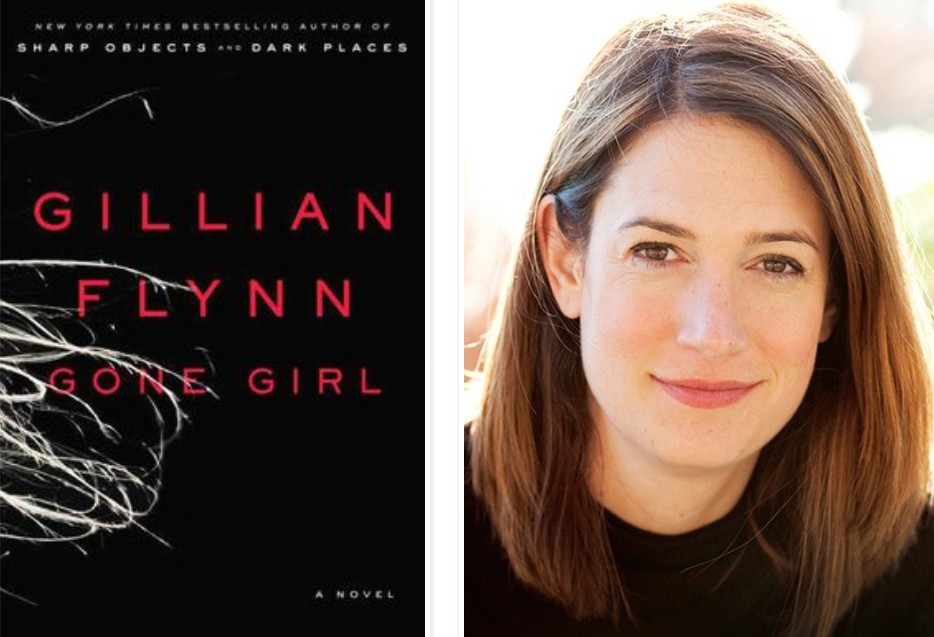 
“People love talking, and I have never been a huge talker. I carry on an inner monologue, but the words often don't reach my lips.”

“It’s a very difficult era in which to be a person, just a real, actual person, instead of a collection of personality traits selected from an endless Automat of characters.

And if all of us are play-acting, there can be no such thing as a soul mate, because we don't have genuine souls.”

“Cool Girls never get angry; they only smile in a chagrined, loving manner and let their men do whatever they want. Go ahead, shit on me, I don’t mind, I’m the Cool Girl.

Men actually think this girl exists. Maybe they’re fooled because so many women are willing to pretend to be this girl. For a long time Cool Girl offended me. I used to see men – friends, coworkers, strangers – giddy over these awful pretender women, and I’d want to sit these men down and calmly say: You are not dating a woman, you are dating a woman who has watched too many movies written by socially awkward men who’d like to believe that this kind of woman exists and might kiss them. [..] They’re not even pretending to be the woman they want to be, they’re pretending to be the woman a man wants them to be.”

“I go on dates with men who are nice and good-looking and smart – perfect-on-paper men who make me feel like I’m in a foreign land, trying to explain myself, trying to make myself known. Because isn’t that the point of every relationship: to be known by someone else, to be understood? He gets me. She gets me. Isn’t that the simple magic phrase?

So you suffer through the night with the perfect-on-paper man – the stutter of jokes misunderstood, the witty remarks lobbed and missed.”

“It was silly but incredibly sweet, these people spending so much energy trying to figure me out. The answer: I don't like cherries.”

“Ironic people always dissolve when confronted with earnestness, it's their kryptonite”

“There's a difference between really loving someone and loving the idea of her.”

“We weren’t ourselves when we fell in love, and when we became ourselves – surprise! – we were poison. We complete each other in the nastiest, ugliest possible way.”

“Friends see most of each other’s flaws. Spouses see every awful last bit.”

“I don't understand the point of being together if you're not the happiest.”

“It’s humbling, to become the very thing you once mocked.”

“Love should require both partners to be their very best at all times.”

“All this time I'd thought we were strangers, and it turned out we knew each other intuitively, in our bones, in our blood. It was kind of romantic. Catastrophically romantic.”

“People say children from broken homes have it hard, but the children of charmed marriages have their own particular challenges.”

“I am a thornbush, bristling from the overattention of my parents, and he is a man of a million little fatherly stab wounds, and my thorns fit perfectly into them.”

“My dad had limitations. That's what my good-hearted mom always told us. He had limitations, but he meant no harm. It was kind of her to say, but he did do harm.”

“Μy father, a mid-level phonecompany manager who treated my mother at best like an incompetent employee. At worst? He never beat her, but his pure, inarticulate fury would fill the house for days, weeks, at a time, making the air humid, hard to breathe, my father stalking around with his lower jaw jutting out, giving him the look of a wounded, vengeful boxer, grinding his teeth so loud you could hear it across the room ... I'm sure he told himself: 'I never hit her'. I'm sure because of this technicality he never saw himself as an abuser. But he turned our family life into an endless road trip with bad directions and a rage-clenched driver, a vacation that never got a chance to be fun.”

“There is an unfair responsibility that comes with being an only child - you grow up knowing you aren't allowed to disappoint, you're not even allowed to die.

“My mother had always told her kids: if you're about to do something, and you want to know if it's a bad idea, imagine seeing it printed in the paper for all the world to see.”

“Americans like what is easy, and it's easy to like pregnant women - they're like ducklings or bunnies or dogs. Still, it baffles me that these self-righteous, self-enthralled waddlers get such special treatment. As if it's so hard to spread your legs and let a man ejaculate between them.”

“I know women whose entire personas are woven from a benign mediocrity. Their lives are a list of shortcomings: the unappreciative boyfriend, the extra ten pounds, the dismissive boss, the conniving sister, the straying husband. I've always hovered above their stories, nodding in sympathy and thinking how foolish they are, these women, to let these things happen, how undisciplined. And now to be one of them! One of the women with the endless stories that make people nod sympathetically and think: Poor dumb bitch.”

“If she's sad or upset or angry, she needs to be alone-she fears a man dismissing her womanly tears.”

“The question I've asked more often during our marriage, if not out loud, if not to the person who could answer. I supposed these questions stormcloud over every marriage: What are you thinking how are you feeling? Who are you? What have we done to each other? What will we do?”

“Compromise, communicate, and never go to bed angry - the three pieces of advice gifted and regifted to all newlyweds.”

“Sometimes I feel like Nick has decided on a version of me that doesn't exist.”

“I felt a queasy mixture of relief and horror: when you finally stop an itchh and realize it’s because you’ve ripped a hole in your skin.”

“Sleep is like a cat: It only comes to you if you ignore it.”

“A lot of people lacked that gift: knowing when to fuck off.”

“To be kissed on the lips by your husband is the most decadent thing.”

“I’ve suffered betrayal with all five senses. For over a year.”

“There’s something disturbing about recalling a warm memory and feeling utterly cold.”

“I'd developed an inability to demonstrate much negative emotion at all. It was another thing that made me seem like a dick - my stomach could be all oiled eels, and you would get nothing from my face and less from my words. It was a constant problem: too much control or no control at all.”

“In truth, I wanted her to read my mind so I didn't have to stoop to the womanly art of articulation.”

“He pauses, and I know he is about to lie. The worst feeling: when you just have to wait and prepare yourself for the lie.”

“He did apologize profusely. (Does anyone do anything profusely except apologize? Sweat, I guess.)”

“Like walking through a door. Our relationship immediately attained a sepia tone: the past.”