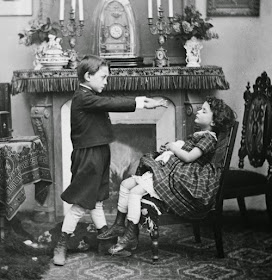 
“Music makes me forget myself, my true condition, it carries me off into another state of being, one that isn't my own:
under the influence of music I have the illusion of feeling things I don't really feel, of understanding things I don't
understand, being able to do things I'm not able to do (...) Can it really be allowable for anyone who feels like it to
hypnotize another person, or many other persons, and then do what he likes with them? Particularly if the hypnotist
is the first unscrupulous individual who happens to come along?”

The idea of music as hypnosis developed from the work of Franz Mesmer. Instruments such as pianos, violins, harps and,
especially, the glass armonica often featured in Mesmer's treatments; and were considered to contribute to Mesmer's success.