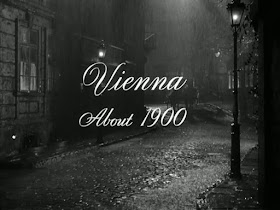 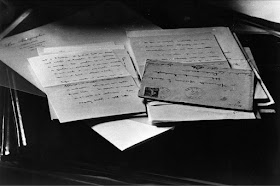 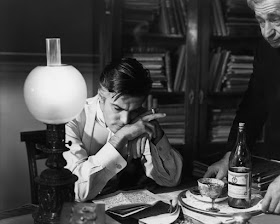 "The course of our lives can be changed by such little things. So many passing by, each intent on his own problems. So many faces that one
might easily have been lost... I know now that nothing happens by chance. Every moment is measured; every step is counted." 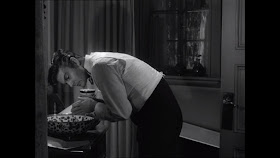 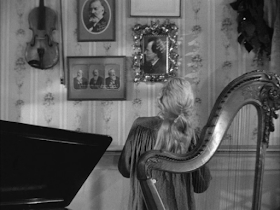 "I had spent my whole life standing outside your life, which was closed to me." 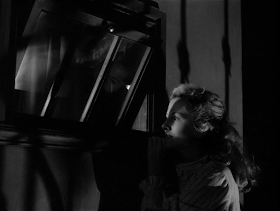 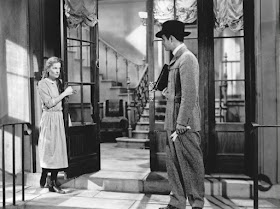 “But I see nothing miraculous about it. Nothing makes one as healthy as happiness,
and there is no greater happiness than making someone else happy.” 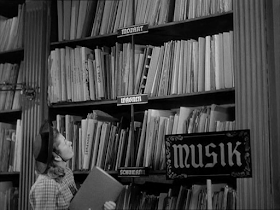 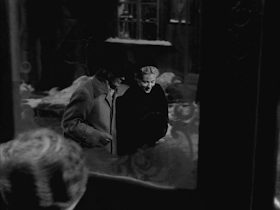 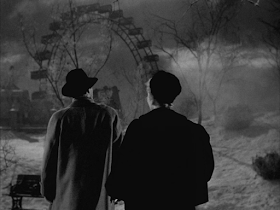 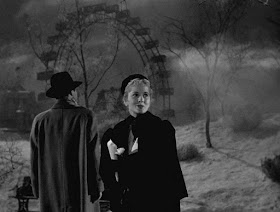 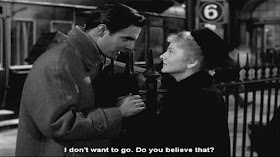 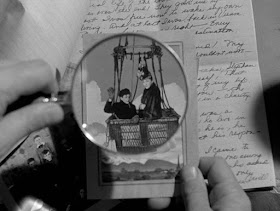 “All I know is that I shall be alone again. There is nothing more terrible than to be alone among human beings.”

“But you smiled at me and said consolingly, "People come back again." "Yes" I said, "they come back, but then they have forgotten".
There must have been something odd, something passionate in the way I said that to you. For you rose to your feet as well and looked at me,
affectionately and very surprised. You took me by the shoulders. "What's good is not forgotten; I will not forget you," you said, and as you
did so you gazed intently at me as if to memorise my image.” 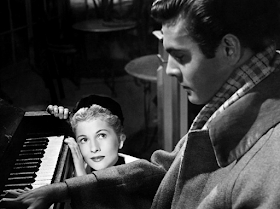 "Somewhere out there were your eyes, and I couldn’t escape them." 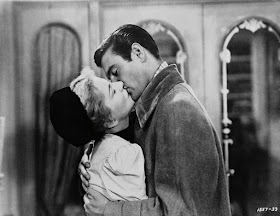 "I will only thank you for the richness of that night, sparkling with desire, hovering in bliss. When I opened my eyes in the dark and felt you at my side,
I was surprised not to see the stars above me, I could feel heaven so close—no, I never regretted it, beloved, for the sake of that hour I never regretted it.
I remember that when you were asleep and I heard your breathing, felt your body, while I was so close to you, I shed tears of happiness in the dark." 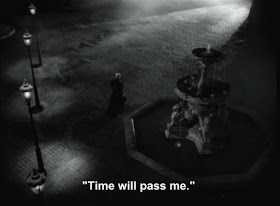 "Only now did I come to life again myself, knowing that I was near you, you, my only dream. I did not guess that in reality I was as far from
your mind now, when only the thin, bright glass pane stood between you and my radiant gaze, as if valleys, mountains and rivers separated us." 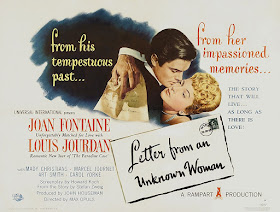 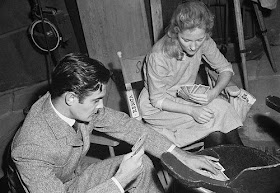 Louis Jourdan and Joan Fontaine taking a break while filming Letter From An Unknown Woman, 1948 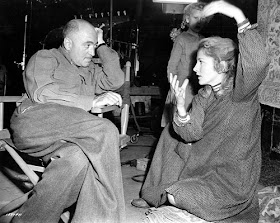 Max Ophüls and Joan Fontaine on the set of Letter from an Unknown Woman, 1948 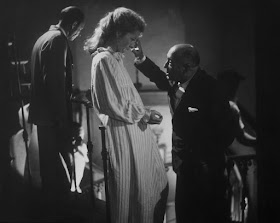 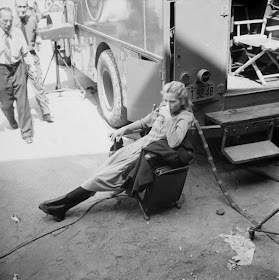 Joan Fontaine resting on the set of Max Ophuls’s. Letter from an unknown woman, 1948 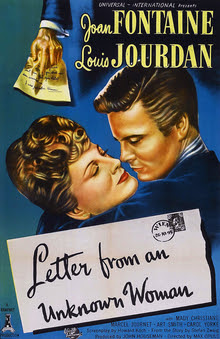 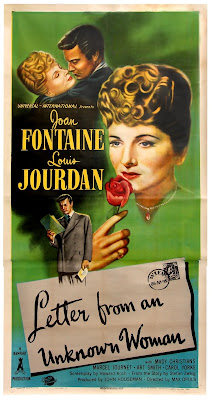