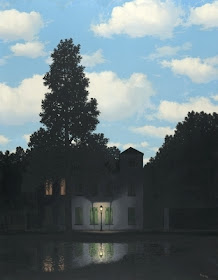 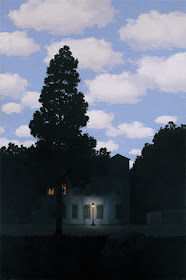 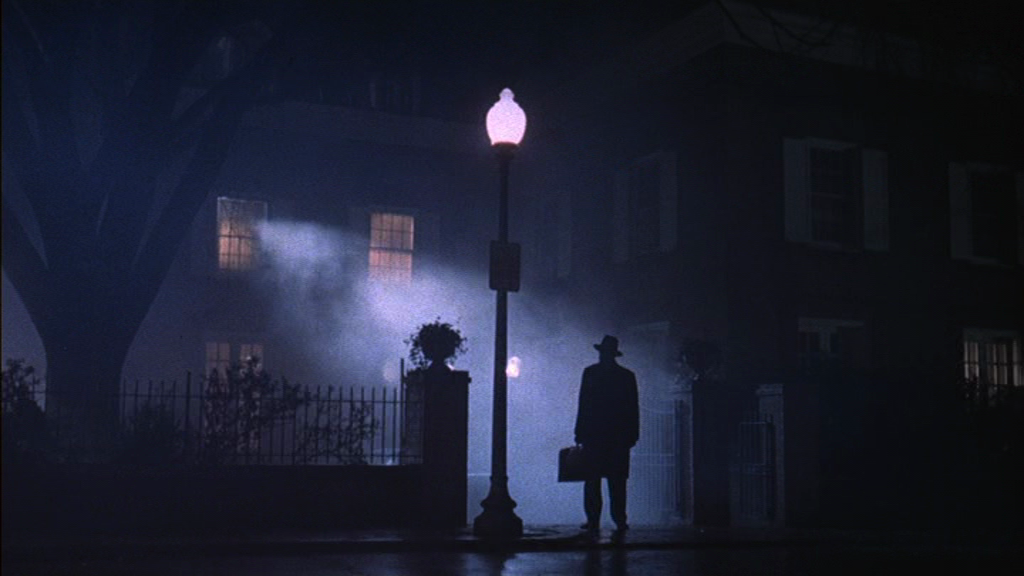 The Exorcist, William Friedkin, 1973
Max von Sydow as Father Merrin in The Exorcist 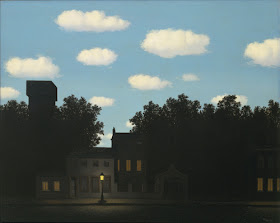 The Empire of Light (French: L'Empire des lumières) is a series of oil on canvas paintings by René Magritte painted between 1953 and 1954.
They depict the paradoxical image of a nighttime street, lit only by a single street light, beneath a daytime sky.
The paintings inspired a scene in the 1973 horror film The Exorcist, which was used on the film's posters and home video releases,
in which the character Father Merrin stands in front of the MacNeil family's house.