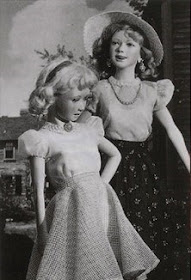 Morton Bartlett was an American freelance photographer and graphic designer who,
from 1936 to 1963, devoted much of his spare time to creating and photographing a
series of intricately carved lifelike plaster dolls. He never formally exhibited his
work, though a small circle of friends and acquaintances was aware of its existence. 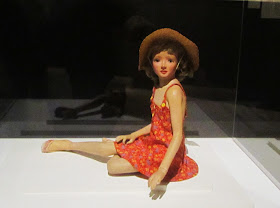 Morton Bartlett was born on 20 January 1909 in Chicago, Illinois and orphaned at the age of 8.
He was adopted by Mr. and Mrs. Warren Goddard Bartlett, a wealthy couple from Cohasset,
Massachusetts. Morton was enrolled at Phillips Exeter Academy and later spent two years,
1928 to 1930, studying at Harvard University. After dropping out, possibly due to financial
hardships brought on by the Great Depression, Bartlett struggled to earn a living. He passed
through a succession of jobs, ranging from crafts magazine editor and gas station attendant
to making gift cards and running a printing business.Following service in a US Army
engineering unit during WWII, Bartlett took up freelance graphic design and photography,
designing catalogs for M. Scharf and Co., a Boston-based toy distributor. He never married,
though he may have once been engaged to a woman living across the street from him in
Cohasset, Mass. where the two ran a business together during the late 1940s. 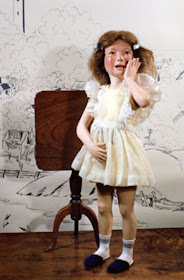 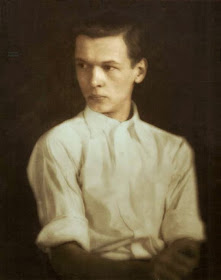 In 1936, at the age of 27, Bartlett began the personal hobby that would hold his interest for
the next 27 years: dollmaking. He had no formal training in sculpture, but by making use of
books on anatomy and medical growth charts he was able to create, first in clay and then cast
in plaster, at least 15 half-sized likenesses of children (there may have been more but these are
the only ones known to remain). Twelve of them are girls, ranging roughly in age from
prepubescence to adolescence, and three are boys, of approximately eight years of age and
bearing some resemblance to the artist himself. The dolls were made with detachable arms,
legs and heads, allowing for a variety of different poses. They are accurately scaled, depicting
his compulsive attention to detail. Bartlett took photos of the dolls in lifelike situations, either
nude or wearing hand-made clothes. 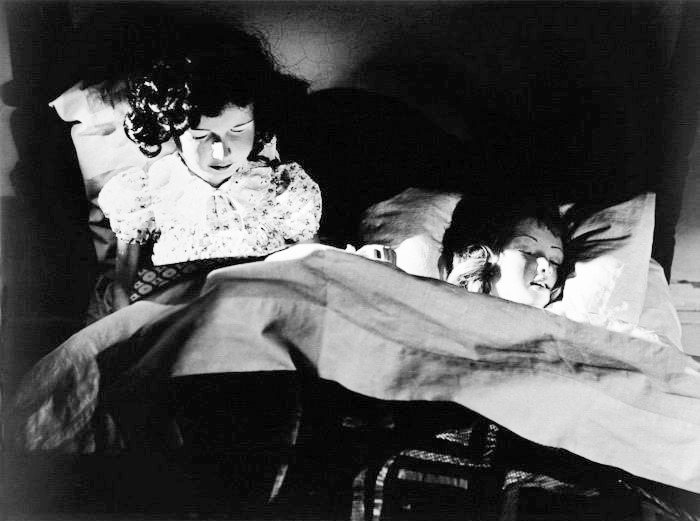 One of the sculptures represents a laughing, carefree boy that is thought to be a portrait of
the artist himself at about age 8. Wearing green shorts, an off-white tank-top, and a straw hat,
he leans back on his arms and dangles his bare feet over the edge of the pedestal as if he
were Huckleberry Finn on a raft. 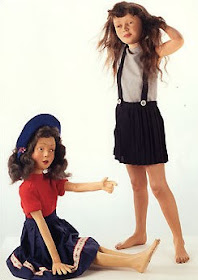 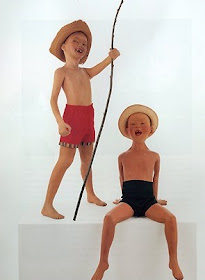 Morton Bartlett first began to make his dolls in 1936, the same year that Hans Bellmer's book The Doll (>) was published in Paris.
Over the following 25 years, Bartlett carved and dressed numerous sculpted dolls (about 15 have survived), and created
a photographic record of them which amounts to about 200 B&W photographic prints and 17 colour slides.
He was also a collector of anatomy books. 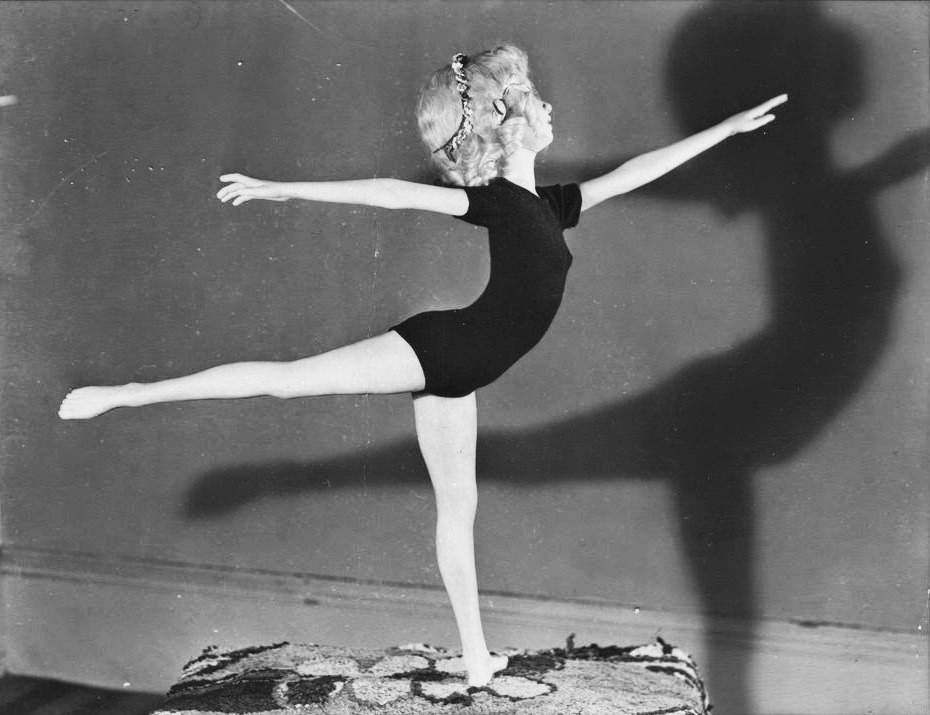 
Bartlett devoted his spare time to crafting these would-be children, based in part from medical
texts and charts. His hobby was largely a confidential one, but he nonetheless tenderly and
meticulously sculpted these figures over the course of about a year each, outfitting them with
detailed and delicate wardrobes as well as body parts that could be removed and refastened.
Aged eight to sixteen, the effigies were complete with tiny fingernails and a wardrobe full
of elaborate costumes. 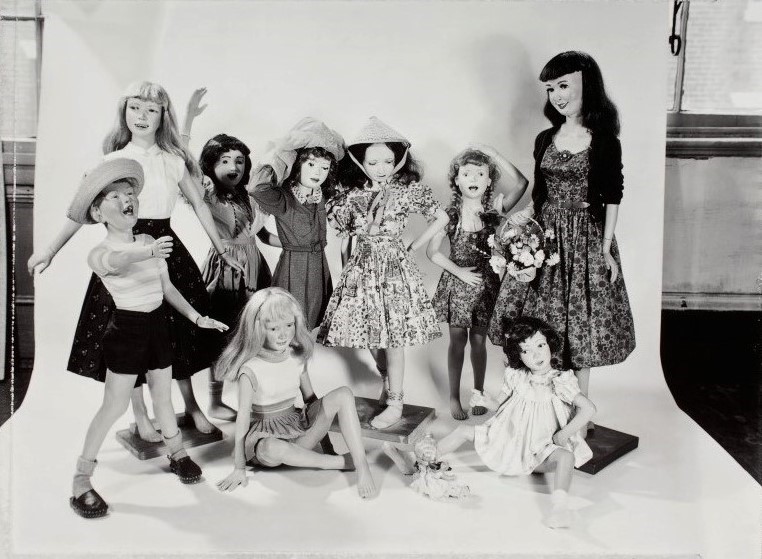 Morton Bartlett's hobby received public mention twice in his lifetime. The first came in 1957
in the 25th Anniversary Report of Harvard's 1932 graduating class, in which he wrote:
"My hobby is sculpting in plaster. Its purpose is that of all proper hobbies - to let out urges
that do not find expression in other channels."

The second came in April 1962 when Yankee Magazine ran a two-page spread of photographs
featuring nine of Bartlett's dolls dressed in costumes representing various ethnic heritages.
The article, written by Michael A. Tatischeff, was titled "The Sweethearts of Mr. Bartlett". 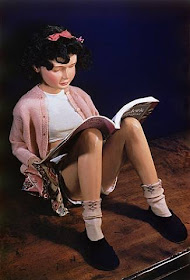 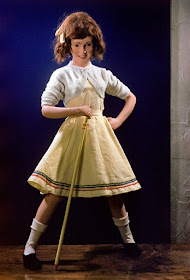 
Morton Bartlett made the last of his dolls in 1963. Forced to relocate from his Bay Village
studio on 15 Fayette Street in Boston that he had occupied for more than a decade, he wrapped
his dolls in newspaper and packed them away in custom-made wooden boxes. He moved to
Boston's South End where, as far as is known, he never again worked on or photographed
any of the dolls in his collection. When Bartlett died, he left his estate to charities for
orphans; he declined even to allude to the dolls in his will. 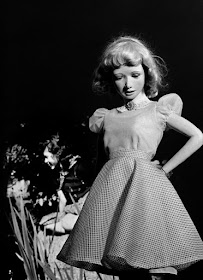 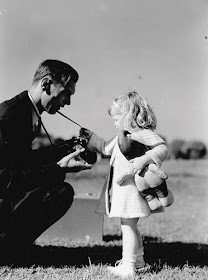 In 1993, New York arts and antiques dealer Marion Harris discovered the dolls for sale at
the Pier Show, a New York antiques fair, along with 200 staged B&W photos of the dolls.
She purchased the entire collection and later published a catalog of Bartlett's work titled
Family Found: The Lifetime Obsession of Morton Bartlett. 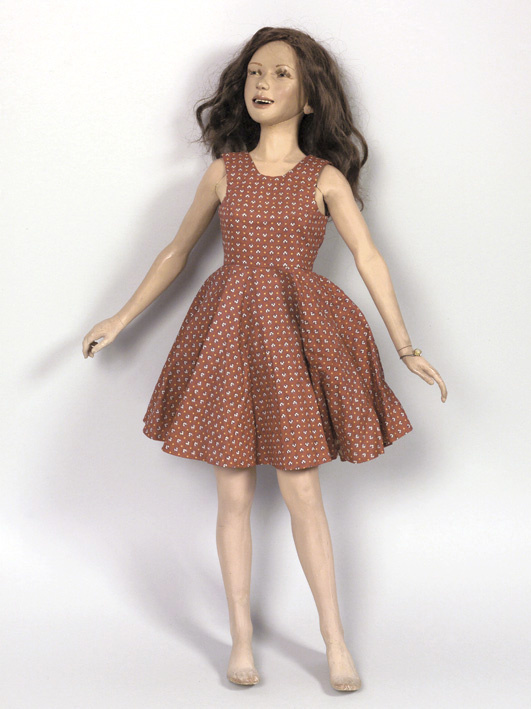