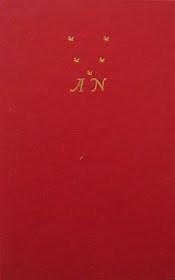 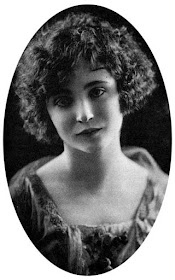 “They smiled at each other. His smile, even at night was dazzling; hers, too. They could scarcely distinguish anything but the brilliant smiles and the outlines of their perfect bodies.”

“Every gesture was one of disorder and violence, as if a lioness had come into the room.”

“There are women’s voices that sound like poetic, unearthly echoes. Then they change. The eyes change. I believe that all these legends about people changing into animals at night – like the stories of the werewolf, for instance – were invented by men who saw women transformed at night – from idealized, worshipful creatures into animals and thought that they were possessed.”

“No, this was a melting together, a vanishing together into a soft, dark womb of warmth.”

"the most delicious vise of silky, salty flesh"

''For three days he spent the food money on birds of every kind. The terrace was now alive with birds.'' ^

''The girls laughed, but after school, impelled by curiosity, several of them ran up to his apartment. Manuel was afraid that Thérèse would come in. So he just let them watch the birds and be amused by their colored beaks and antics and odd cries. He let them chatter and look, familiarize themselves with the place.'' ^

''The birds were performing quite beautifully, bickering and kissing and quarreling. Manuel stood behind the girls. Suddenly his kimono opened, and when he found himself touching long blond hair, he lost his head. Instead of wrapping his kimono, he opened it wider, and as the girls turned they all saw him standing there in a trance, his big penis erect, pointing at them. They all took fright, like little birds, and ran away.'' ^

"It was as if he held a palpitating bird in his hand, a captive bird that tried to leap at her but that Pierre kept for his own pleasure...He continued to massage it...as if to say, 'I don't need you.'" ~

"She bloomed under his caresses, no longer the girl but the woman already being born." ~

“He was whispering over and over again the same phrase, “You have the body of an angel. It is impossible that such a body should have a sex. You have the body of an angel.” The anger swept over Fay like a fever, an anger at his moving his penis away from her hand. She sat up, her hair wild about her shoulders, and said, “I am not an angel, Albert. I am a woman. I want you to love me as a woman.”

“That night Fay became a woman, making a secret of her pain, intent on saving her happiness with Albert, on showing wisdom and subtlety.”

“He had never seen her body so abandoned, so unconscious of all but the desire to be taken and satisfied. She bloomed under his caresses, no longer the girl but the woman already being born.”

“Am discovering her pretenses. She is always smiling, gay, but underneath she feels unreal, remote, detached from experience. She acts as if she were asleep. She is trying to awaken by falling into bed with anyone who invites her.”

* it was written in the early 1940s when she was part of a group "writing pornography for a dollar a day. 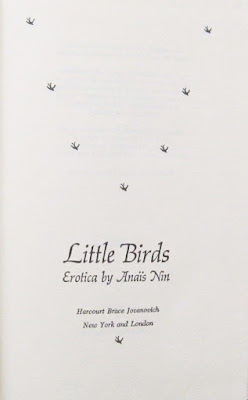