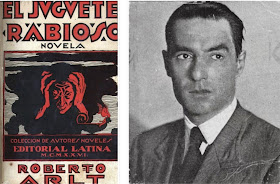 ''Sometimes at night I would think of the beauty with which poets made the world shake, and my heart would flood with pain, like a mouth filling with a scream.''

''It's right... there are moments in our lives when we need to be scum, to make ourselves dirty even on the inside, to do something infamous, I don't know... to destroy a man's life for ever... and after doing this then we can walk with our heads held high again.''

''The trials of being human! how many sad words did we still keep hidden in our guts!''

''Then, slowly, my drunken excitement subsided. An irrational seriousness took its place, a serious attitude of the kind that it is a mark of good taste to display in public. And I felt like laughing at this ridiculous, paternalistic seriousness. But because seriousness is hypocrisy, and because ‘conscience’ needs to be acted out in private, I said to myself:

‘You are accused… you are a scoundrel… an incendiary. You have enough remorse for a whole lifetime. You will be interrogated by the police and by the courts and by the devil… prisoner in the dock, this is no joke… you don’t understand that you need to be serious… you’re going to be thrown headfirst into the clink.’

But my attempt at seriousness did not convince me. It sounded empty, like an empty can. No, I couldn’t take this mystification seriously. And now I was a free man, and what did society have to do with this freedom? And now I was free I could do whatever I liked… kill myself if I wanted… but that was a bit ridiculous… and I… I needed to do something beautifully serious, perfectly serious: to love Life. And I repeated:

‘Yes, Life… you are pretty, Life… did you know it? From here on in I will love all the pretty things of the Earth… of course… I will worship trees, and houses and the sky… I will adore everything that there is in you… and also… tell me, Life, isn’t it the case that I’m an intelligent kid? Did you ever know anyone like me?’

Then I fell asleep.''

''The problem is, you can't tell people these things. They'll think you're crazy. And I say to myself: What can I do with this life inside me? I'd like to give it ... to make a present of it ... to go up to people and tell them: You need to be joyful! You know? You have to play at being pirates ... to build cities of marble ... to laugh ... to set off firecrackers.''

Feeling the alienation of youth, Silvio Astier's gang tours neighborhoods, inflicting waves of petty crime, stealing from homes and shops until the police are forced to intervene. Drifting then from one career and subsequent crime to another, Silvio's main difficulty is his own intelligence, with which he grapples.

The original manuscripts were written in the 1920s and were drafted by Arlt in the mountains of Córdoba, in a time when his wife, Carmen, who suffered complications from tuberculosis, needed to move to the mountains to recover from her illness. Arlt invested a considerable amount of money in businesses that did not grow, and had to accompany his wife, so he began work on Mad Toy.

'The movie tried to capture Arlt’s writing in film. Some of the resources used were silence and still shots, the use of voice-over to represent the monologue of Asier, and a production that passes through dirty and miserable spaces that show a filthy reality.''