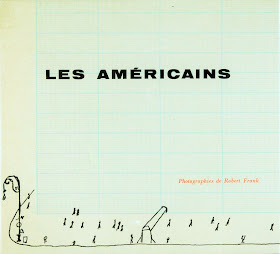 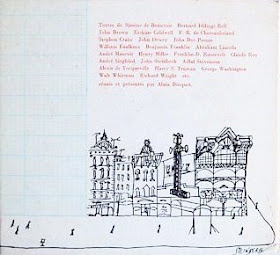 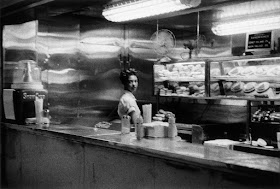 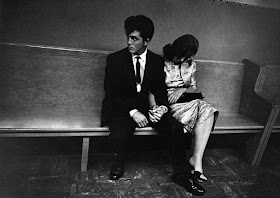 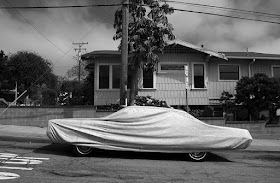 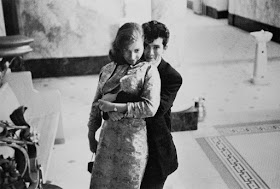 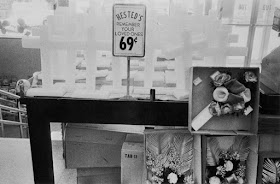 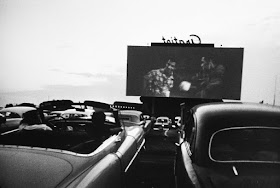 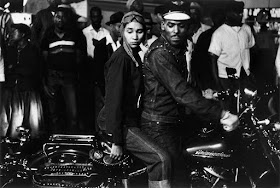 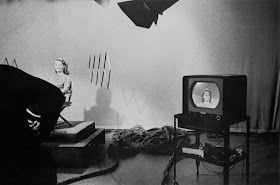 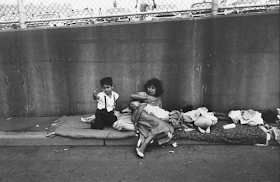 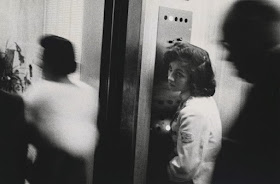 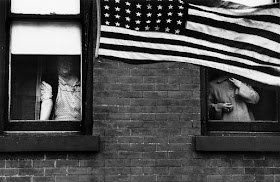 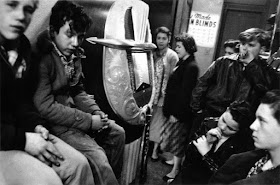 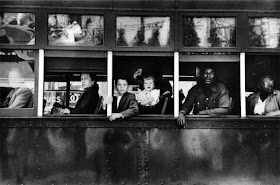 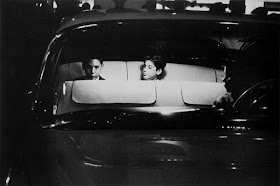 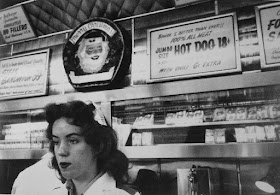 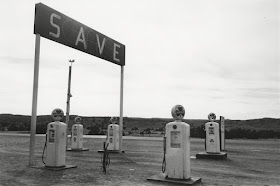 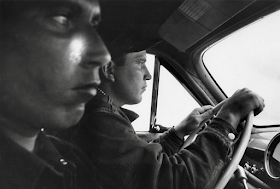 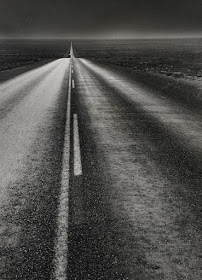 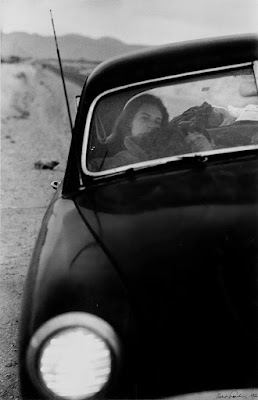 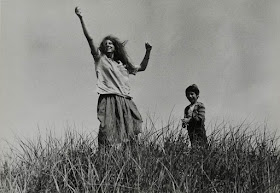 Les Américains was first published on 15 May 1958 by Robert Delpire in Paris as part of its Encyclopédie Essentielle series.
Writings by Simone de Beauvoir, Erskine Caldwell, William Faulkner, Henry Miller and John Steinbeck were included, that
Delpire positioned opposite Frank's photographs.Text edited by Alain Bosquet. 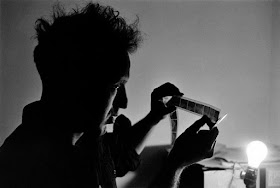 Wayne Miller, Robert  Frank looking at negatives in California while photographing 'The Americans', 1956

Shortly after returning to New York in 1957, Robert Frank met Beat writer Jack Kerouac on the sidewalk outside a
party and showed him the photographs from his travels. Kerouac immediately told Frank "Sure I can write something
about these pictures," and he contributed the introduction to the U.S. edition of The Americans, 1959.

"He sucked a sad poem right out of America onto film, taking rank among the tragic poets of the world.
To Robert Frank now I give this message: You got eyes."