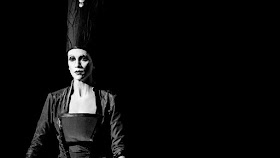 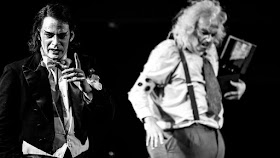 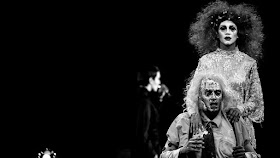 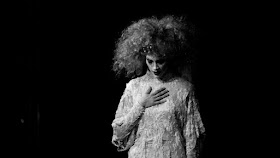 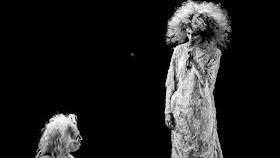 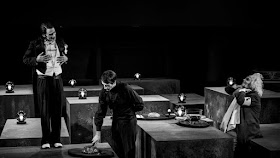 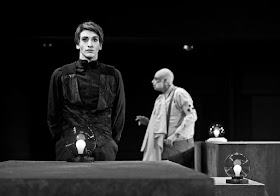 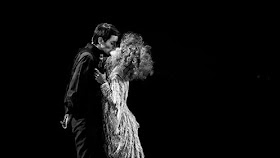 The fairy tale is a thoroughly musical genre.
Novalis

The queen of the night’s dressing room
A vanity table
To the left and the right of the table an unupholstered chair
The father is sitting in the right chair, the doctor in the left one
A clothes rack

At the Three Hussars

The queen of the night, the father, and the doctor, seated at a circular table
Two side-tables with lamps
Winter in the background


A great opera diva, will sing the "Magic Flute" by Mozart for the two hundredth and twenty second time. Devastated by the discipline she has imposed on herself and from the repeated exposure to the crisis of the public, she has decided to cancel her scheduled appearances and retire with her blind father in the countryside. But he, alcoholic and avaricious, has invested all his life in the singing career of his daughter. Among them we find a doctor, a Forensic Medicine Doctor, obsessed with human anatomy, but indifferent to human existence... What the outcome of an artist's perfectionism, sterile specialization, excessive concentration, strict self-restraint?