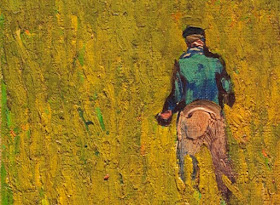 “Tomorrow and tomorrow and tomorrow,
Creeps in this petty pace from day to day
To the last syllable of recorded time,
And all our yesterdays have lighted fools
The way to dusty death. Out, out, brief candle!
Life's but a walking shadow, a poor player
That struts and frets his hour upon the stage
And then is heard no more: it is a tale
Told by an idiot, full of sound and fury,
Signifying nothing.” 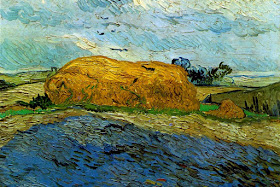 
“Some days in late August at home are like this, the air thin and eager like this, with something in it sad and nostalgic and familiar...”

“I suppose that people, using themselves and each other so much by words, are at least consistent in attributing wisdom to a still tongue...”

''I ran down the hill in that vacuum of crickets like a breath travelling across a mirror she was lying in the water her head in the sand spit the water flowing about her hips there was a little more light in the water her skirt half saturated flopped along her flanks to the waters motion in easy ripples going nowhere renewed themselves of their own movement I stood on the bank I could smell honeysuckle on the water gap the air seemed to drizzle with honeysuckle and with the rasping of crickets a substance you could feel on the flesh.'' 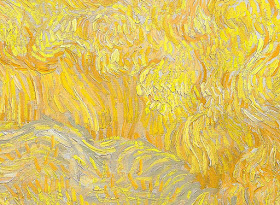 
“Luster returned, wearing a stiff new straw hat with a colored band and carrying a cloth cap. The hat seemed to isolate Luster's skull, in the beholder's eye as a spotlight would, in all its individual planes and angles. So peculiarly individual was its shape that at first glance the hat appeared to be on the head of someone standing immediately behind Luster.”

“Caddy got the box and set it on the floor and opened it. It was full of stars. When I was still, they were still. When I moved, they glinted and sparkled. I hushed.”

''A problem in impure properties carried tediously to an unvarying nil: stalemate of dust and desire.''

“I could smell the curves of the river beyond the dusk and I saw the last light supine and tranquil upon tideflats like pieces of broken mirror, then beyond them lights began in the pale clear air, trembling a little like butterflies hovering a long way off.”

"The twilight-colored smell of honeysuckle."

“Liquor teaches you to confuse the means with the end” 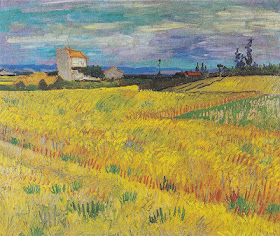 
“She looked like a librarian. Something among dusty shelves of ordered certitudes long divorced from reality, desiccating peacefully, as if a breath of that air which sees injustice done”

“She loved him not only in spite of but because he himself was incapable of love.”

“I am not one of those women who can stand things.”

“I say money has no value; it's just the way you spend it.”

“Because Father said clocks slay time. He said time is dead as long as it is being clicked off by little wheels; only when the clock stops does time come to life.The hands were extended, slightly off the horizontal at a faint angle, like a gull tilting into the wind.”

“I took out my watch and listened to it clicking away, not knowing it couldn't even lie”

“You will find that even injustice is scarcely worthy of what you believe yourself to be.” 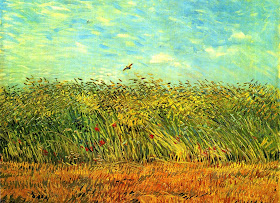 
"It’s nature is hurting you not Caddy and I said That’s just words and he said So is virginity and I said you don’t know. You can’t know and he said Yes. On the instant when we come to realise that tragedy is second-hand."

“A pair of jaybirds came up from nowhere, whirled up on the blast like gaudy scraps of cloth or paper and lodged in the mulberries, where they swung in raucous tilt and recover, screaming into the wind that ripped their harsh cries onward and away like scraps of paper or of cloth in turn.”

''Last time I gave her forty dollars. Gave it to her. I never promise a woman anything nor let her know what I’m going to give her. That’s the only way to manage them. Always keep them guessing. If you cant think of any other way to surprise them, give them a bust in the jaw.''

“Then Ben wailed again, hopeless and prolonged. It was nothing. Just sound. It might have been all time and injustice and sorrow become vocal for an instant by a conjunction of planets.”

“Even sound seemed to fail in this air, like the air was worn out with carrying sounds so long.” 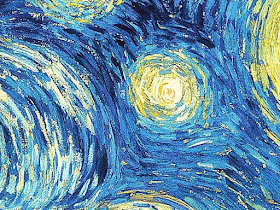 “Wonder. Go on and wonder.”

“Man the sum of his climatic experiences”

“Well, Bud," he said, looking at me, "I'll be damned if you don't go to a lot of trouble to have your fun. Kidnapping, then fighting. What do you do on your holidays? Burn houses?”

''In the South you are ashamed of being a virgin. Boys. Men. They lie about it. Because it means less to women, Father said. He said it was men invented virginity not women. ''

“Women are never virgins. Purity is a negative state and therefore contrary to nature.”

“He's crossed all the oceans all around the world.” 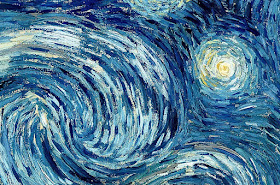 
“When I was little there was a picture in one of our books, a dark place into which a single weak ray of light came slanting upon two faces lifted out of the shadow.”

“I learned that the best way to take all people, black or white, is to take them for what they think they are, then leave them alone. That was when I realised that a nigger is not a person so much as a form of behavior; a sort of obverse reflection of the white people he lives among.”

“Hush, now", she said, stroking his head. "Hush. Dilsey got you." But he bellowed slowly, abjectly, without tears; the grave hopeless sound of all voiceless misery under the sound.”

“Then the dark began to go in smooth, bright shapes, like it always does, even when Caddy says that I have been asleep.”

"Tell and be damned then see what it gets you if you were not a damned fool you'd have seen that I've got them too tight for any half-baked Galahad of a brother your mother's told me about your sort with your head swelled up come in oh come in dear Quentin and I were just getting acquainted talking about Harvard did you want me cant stay away from the old man can she..." 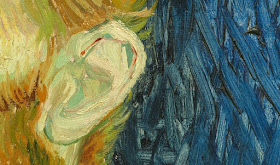 “I said I have committed incest father I said”

“Dont suppose anybody ever deliberately listens to a watch or a clock. You dont have to. You can be oblivious to the sound for a long while, then in a second of ticking it can create in the mind unbroken the long diminishing parade of time you didn’t hear.” 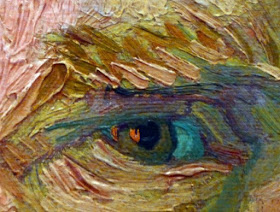 
“When the shadow of the sash appeared on the curtains it was between seven and eight o' clock and then I was in time again, hearing the watch. It was Grandfather's and when Father gave it to me he said I give you the mausoleum of all hope and desire; it's rather excruciating-ly apt that you will use it to gain the reducto absurdum of all human experience which can fit your individual needs no better than it fitted his or his father's. I give it to you not that you may remember time, but that you might forget it now and then for a moment and not spend all your breath trying to conquer it. Because no battle is ever won he said. They are not even fought. The field only reveals to man his own folly and despair, and victory is an illusion of philosophers and fools.”

“The clock tick-tocked, solemn and profound. It might have been the dry pulse of the decaying house itself, after a while it whirred and cleared its throat and struck six times.” 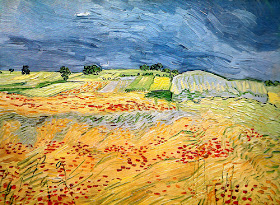 
“Caddy put her arms around me, and her shining veil, and I couldn't smell trees anymore and I began to cry.”

“The arrow increased without motion, then in a quick swirl the trout lipped a fly beneath the surface with that sort of gigantic delicacy of an elephant picking up a peanut.”

“Amid the pointing and the horror, the clean flame.”

“Father was teaching us that all men are just accumulations dolls stuffed with sawdust swept up from the trash heaps where all previous dolls had been thrown away the sawdust flowing from what wound in what side that not for me died not. ”

“I give it (grandfather's watch) to you not that you may remember time, but that you might forget it now and then for a moment and not spend all your breath trying to conquer it.”

William Faulkner, The Sound and the Fury, 1929 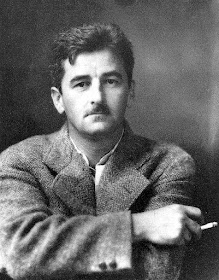 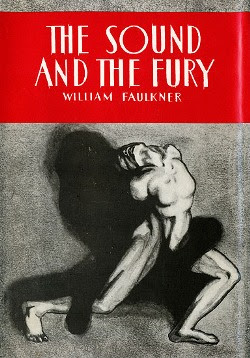 chapter 1: the 33 years old Benjy, speaking on April 7, 1928, due to his diminished mental capacity a series of non-chronological events presented in a stream of consciousness.

chapter 2 : the 38 years old, Quentin, the most intelligent and tormented of the Compson children, talking on June 2, 1910, the day before Benjy's section, when he was supposed to be a 20 years old Harvard student.

chapter 3: the 2nd son and his mother's favorite, Jason speaking on a Good Friday, April 8, 1928 or the day after Benjy's Chapter.

chapter 4: Dilsey, the black matriarchal servant of the family.