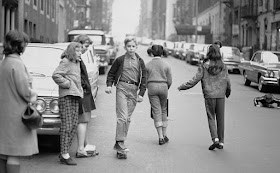 "The hardest thing about skateboarding is consistency: The slightest flick of your foot or
gust of wind can send your board flying, so it's really anybody's game out there." 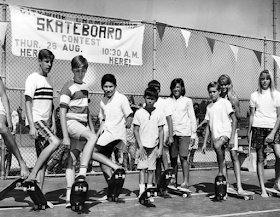 Claude Jutra, Skateboarders at an event in 1966

"Skateboarding teaches you how to take a fall properly. If you try to kickflip down some stairs,
it might take you thirty tries - and you just learn how to take a tumble out of it without getting hurt." 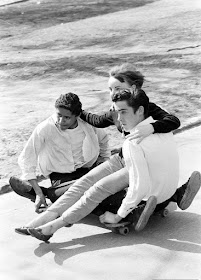 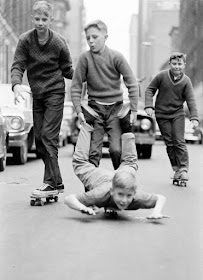 "I wanted to learn how to skate backwards and they wouldn't
help me and they went off and left me on my own." 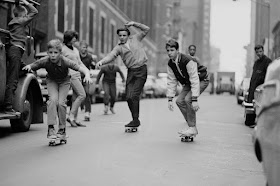 "Skateboarding was everything to us growing up. It changes the
way you see the world: you spend all day looking for ditches." 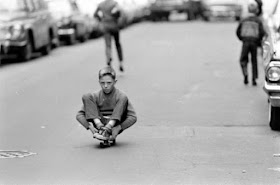 "I trip walking down the stairs, but I can skate them probably." 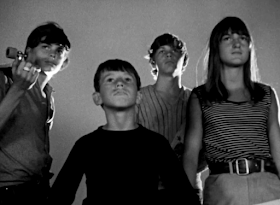 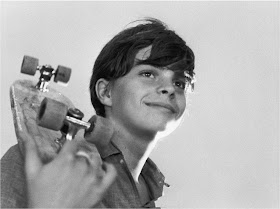