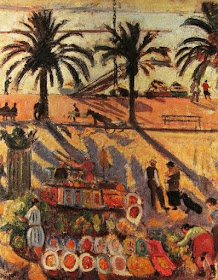 
''We lived in paradise, against our will.'' 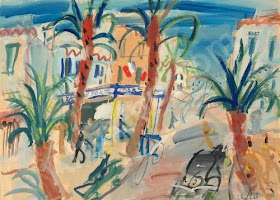 "If one lives in exile, the café becomes at once the family home, the nation, church and parliament,
a desert and a place of pilgrimage, cradle of illusions and their cemetery... In exile, the café is the one
place where life goes on."

With the declaration of war in 1939, the French government treated these exiles as enemy aliens and interned some of
them in camps like the concentration Camp des Milles near Aix-en-Provence, and eventually some were sent to Auschwitz. 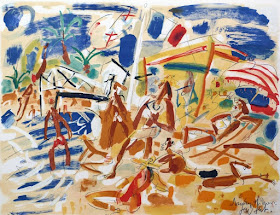 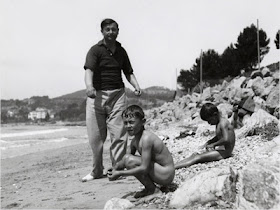 Moise Kisling and his sons on the beach

With the rise of Nazism in the early 1930s, a great number of German writers and intellectuals left
Germany and settled in Sanary-sur-Mer. The playwright Bertolt Brecht, Egon Erwin Kisch, Thomas Mann,
Ludwig Marcuse, Joseph Roth, Franz Werfel and his wife Alma Mahler widow of Gustav Mahler at Le Moulin
Gris, Lion Feuchtwanger at Villa Lazare then at Villa Valmer, and Arnold Zweig. Patronised by Jean Cocteau and
his coterie, Sanary had already drawn Aldous Huxley, who wrote Brave New World at Villa Huley, and his wife,
Maria; they attracted other English visitors, such as D. H. Lawrence and his wife, Frieda; Julian Huxley and his wife,
Juliette; and others. The German expatriates clustered around Thomas Mann and his large family, his brother
Heinrich and his wife (the model for Blue Angel), the writers Stefan Zweig and Arnold Zweig, the art critic Julius
Meier-Graefe, and the artist René Schickele. Sybille von Schoenebeck (later, as Sybille Bedford, the author of A Legacy)
lived here with her mother. Artists such as Moise Kisling and Picasso were also in residence and Kiki de Montparnasse
muse to Man Ray and many other artists also lived here. 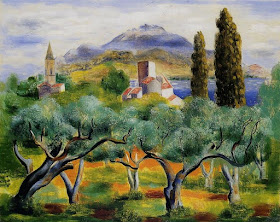 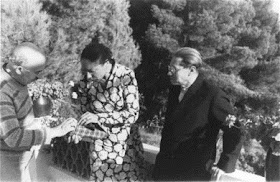 Arnold Zweig together with Marta and Lion Feuchtwanger in Sanary-sur-Mer, 1937/38 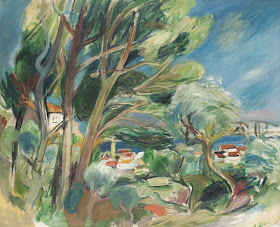 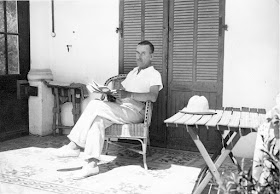 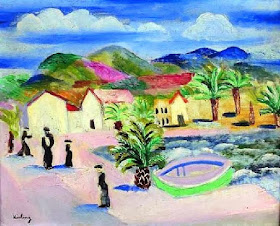 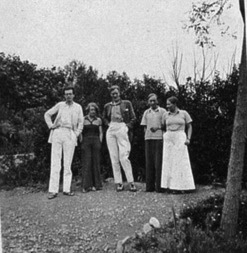 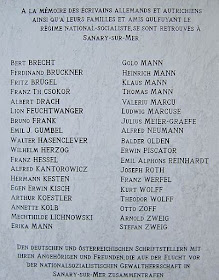