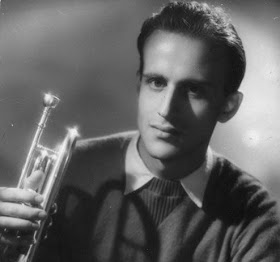 The name "Boris" was chosen by his mother, Yvonne, an avid classical music lover, after seeing
a performance of Mussorgsky's opera Boris Godunov.

In 1936 Vian got interested in jazz; the next year he started playing the trumpet and joined the Hot Club de France.

In 1942, Vian and his brothers joined a jazz orchestra under the direction of Claude Abbadie, who
became a minor character in Vian's Vercoquin et le plancton. 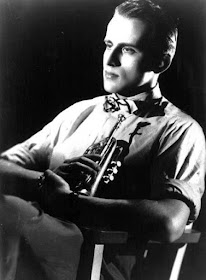 Despite his literary work becoming more important, Vian never left the jazz scene. He became a regular contributor
to various jazz-related magazines, and played trumpet at Le Tabou. As a result, his financial situation improved, and he
abandoned the job at the AFNOR. Vian also formed his own choir, La petite chorale de Saint-Germain-des-Pieds. 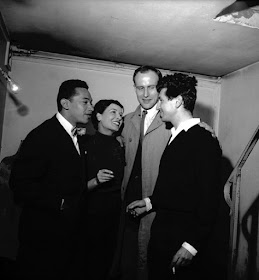 In 1955, Vian decided to perform some of his songs on stage himself. He had been a little upset that French singer
Marcel Mouloudji (1922-1994), who had interpreted "Le Deserteur" (The Deserter) on stage the year before, had not
accepted the original lyrics because he thought that they would lead to the song being banned. Although Vian accepted
a change to one verse, the song was banned from TV and radio channels until 1967. 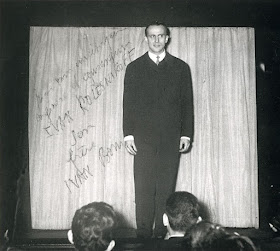 
Boris Vian's songs were successful; in 1954 he embarked on his first tour as singer-songwriter. By 1955, when he was working as art director for Philips, Vian was active in a wide variety of fields: song-writing, opera, screenplays and several more plays. His first album, Chansons possibles et impossibles (Possible and Impossible Songs), was also recorded in 1955. He wrote the first French rock and roll songs with his friend Henri Salvador, who sang them under the nickname Henry Cording. He also wrote "Java Pour Petula" (a song about an English girl arriving in France, written in Parisian argot) for Petula Clark's first concert performances in France. 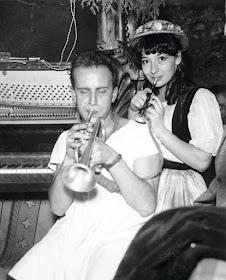 The record of Vian's songs performed by himself was not successful in France until ten years after his death. 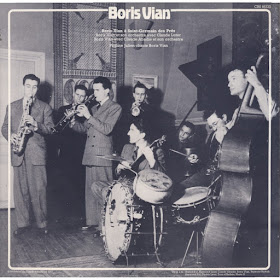 Boris Vian with Claude Abadie and his band in Saint-Germain-des-Prés, 1947


'' In life, it’s essential to have preconceived judgements on everything. It turns out the masses are wrong and that individuals are always right. One must be careful not to infer rules of conduct: they do not need to be formulated to be followed. There are are only two things: Love in all its forms with pretty girls and the music of New Orleans or Duke Ellington, it’s the same. The rest should disappear, for the rest is ugly, and the brief demonstration that follows gathers all its energy from the fact that the story is entirely true, because I imagined it from one end to the other. Strictly speaking, its material realisation consists essentially of a projection of reality in a biased and heated atmosphere, onto an irregularly undulating reference plane, resulting in some distortion. Clearly, it’s a respectable method if there ever was one.'' 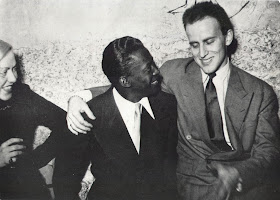 Boris Vian was an important influence on the French jazz scene. He served as liaison for Hoagy Carmichael, Duke Ellington and Miles Davis in Paris, wrote for several French jazz-reviews (Le Jazz Hot, Paris Jazz) and published numerous articles dealing with jazz both in the United States and in France.

As a songwriter, Vian also inspired Serge Gainsbourg, who used to attend his show at the cabaret Les Trois Baudets and who wrote, thirty years later: "I took it on the chin [...], he sang terrific things [...], it is because I heard him that I decided to try something interesting". As a critic, Boris Vian was the first to support Gainsbourg in Le Canard Enchaîné, in 1957. 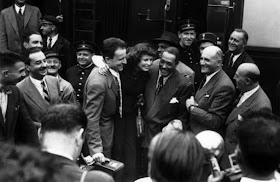 At the Northern Train Station, Boris Vian (with suitcase) and Christobine, (center, smiling), a regular of the Saint-Germain-des-Pres club Tabou,
greet the musician and composer Duke Ellington who is in Paris to give some concerts at Tabou, 1948 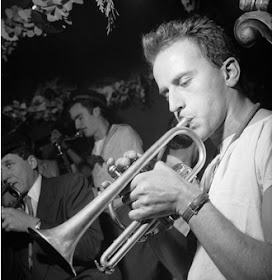 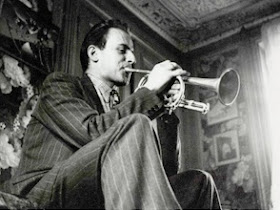