On directing > The glance | Victor Erice 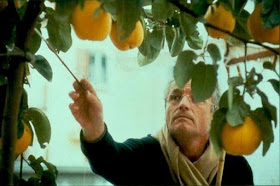 “There is already fiction in the glance”

"Everyone has the capacity to create and recreate within them. And a film doesn’t exist unless it
is seen—if there are no eyes to look at the images, the images don’t exist. When I’ve finished a
film, it’s no longer mine—it belongs to the people. I’m nothing more than an intermediary in
the process."

"I don’t feel that I chose films; they chose me. I don’t mean to sound pretentious. During my
childhood, films had a fundamental importance. In a country which, in the 1940s especially,
was still very isolated from the rest of the world and marked by the Civil War, films offered
me an extraordinary possibility to be a citizen of the world."

"You don’t choose to be a film director when you’re little; you’d be a little monster!
Also, do remember that nobody chooses the object of their love."

"The music that I like best is the sound produced by the editing of all the images. The rhythm
of the images has a music of its own and that’s much more difficult than just placing music
on top of a film."

"I feel that the language of painting belongs to the dawn of our time and civilisation, and,
in a similar way, cinema belongs to its sunset. On the whole, cinema has a youthful image,
but in fact I think it’s exactly the opposite."

"Over the past year( 2009), I've been making short films, like a painter, I like it a lot.
It's a series of documentaries I named Memory and Dream. I've filmed three chapters,
I'm hoping to reach ten to screen them. These are short pieces that I shoot around the
world, when I am travelling."

"I strongly believe in what Roberto Rossellini said: the poorer you are, the greater your freedom.
Being free is a question of being bare. You have to give things up."
"I find it hard to place myself in the history of cinema. In fact, I think I consider myself
a better spectator than a director. But I realize that I have a different point of view of what
a spectator is to that which producers normally take into account. For me, every spectator
is a potential filmmaker and, of course, without the spectator, the films would have no
meaning, no reason to be. So I continue to go to films wherever I can and to vindicate my
work as often as possible. But I suppose I could say that cinema has helped me to live."
(...)
Victor Erice

"Victor Erice creates his film as a canvas, conjuring painterly images of slow dissolves and
shafts of light that match Caravaggio in their power to animate a scene of stillness, or
freeze one of mad movement" 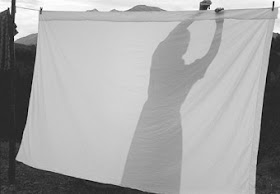