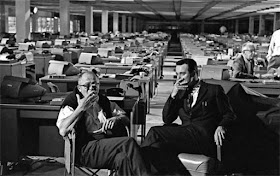 Billy Wilder and his favorite leading man, Jack Lemmon, on set of The Apartment, 1960’s

"You have to have a dream so you can get up in the morning." 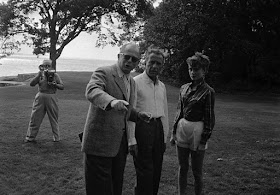 "A director must be a policeman, a midwife, a psychoanalyst, a sycophant and a bastard."

"I have ten commandments. The first nine are, thou shalt not bore. The tenth is, thou shalt have right of final cut."

"The best director is the one you don't see." 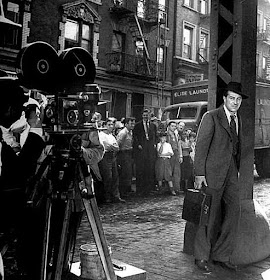 Billy Wilder, Ray Milland on the set of  The Lost Weekend, 1945

"An audience is never wrong. An individual member of it may be an imbecile,
but a thousand imbeciles together in the dark - that is critical genius."

"Don't be too clever for an audience. Make it obvious. Make the subtleties obvious also." 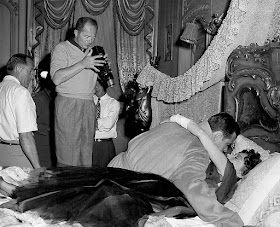 Billy Wilder, William Holden and Gloria Swanson on the set of Sunset Blvd., 1950

"He has Van Gogh's ear for music."

"The Austrians are brilliant people. They made the world believe that Hitler was a German and Beethoven an Austrian."

"If you're going to tell people the truth, be funny or they'll kill you."

"It was hell at the time, but after it was over, it was wonderful." 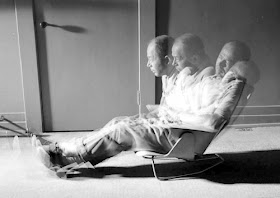 Charles Eames designed this special chair in which the restless Billy Wilder
can easily jump around while watching television.” Life, Sept. 11, 1950 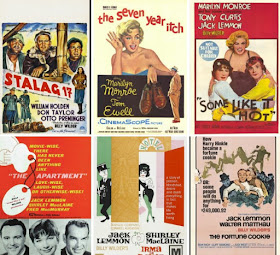