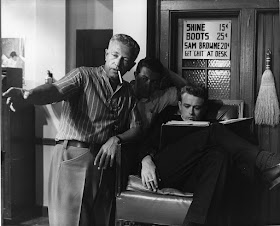 Dennis Stock, Nicholas Ray and James Dean on the set of Rebel Without a Cause, 1955

"The imagination is a pretty precious source of protection."

"Film recognizes neither time nor space, only the limits of man's imagination."

"If it were all in the script, why make the film?" 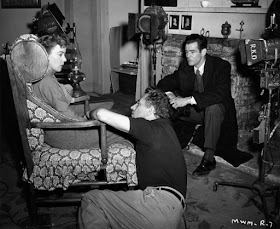 Nicholas Ray, Ida Lupino and Robert Ryan on the set, On Dangerous Ground, 1951

"I never try to show an actor what to do or what to say. He has to find out for himself.
The role of the director is to guide him to that state, and then to implement it."

"An actor can be as talented as another, but if he doesn't stick to what
the director's intentions are, it all falls down. I adore working with actors."

[on Humphrey Bogart]
He was much more than an actor: he was the very image of our condition.
His face was a living reproach. 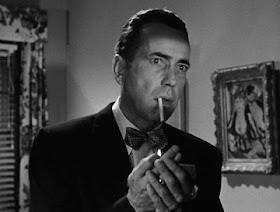 Humphrey Bogart, In a Lonely Place by Nicholas Ray, 1950


[on James Dean]
The conflict between giving himself and fear of giving in to his own feelings;
a vulnerability so deeply embedded that one is instantly moved, almost disturbed by it.

"In the theatre, words are eighty to eighty-five percent of the importance of what is happening to you
for your comprehension. In film, words are about twenty percent. It's a different figure, but it's almost
an opposite ratio. For the words are only a little bit of embroidery, a little bit of lacework." 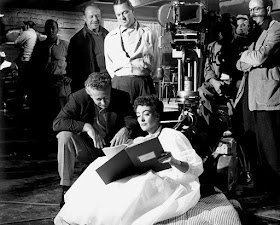 Nicholas Ray and Joan Crawford on the set of Johnny Guitar, 1954

"My affection for CinemaScope initially was my affection for the horizontal line as I learned
it from having been apprenticed to an architect who was someone named Frank Lloyd Wright."

"I wish Luis Buñuel had made "Los Olvidados" before I made "Knock on Any Door",
because I would have made a hell of a lot better movie."

"You like these films, but you can't imagine how often they represent only fifty percent of
what I wanted to do. You have no idea how I had to fight to achieve even that fifty percent."

"The closer I get to my ending, the closer I am getting to rewriting my beginning." 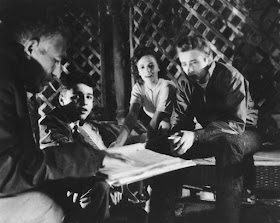 Nicholas Ray, Sal Mineo, Natalie Wood and James Dean, Rebel Without a Cause (1955)