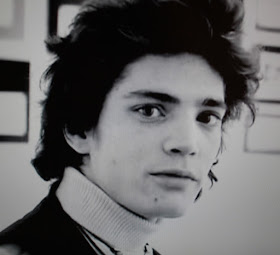 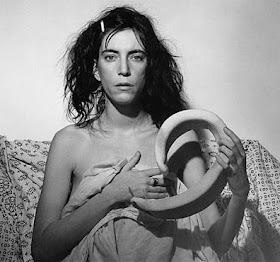 “Everything distracted me, but most of all myself.”
“No one expected me. Everything awaited me.”
“I learned from him that often contradiction
is the clearest way to truth.”
“I don't think," he insisted. "I feel.”
“I open doors, I close doors,” he wrote.'' 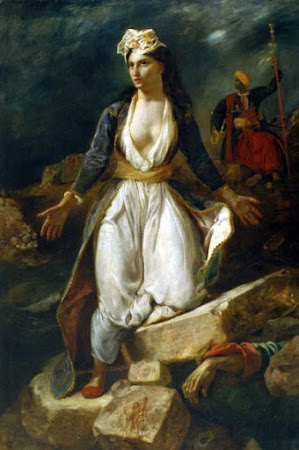 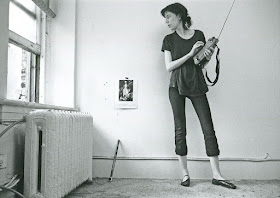 “There were days, rainy gray days, when the streets of Brooklyn were worthy of a photograph,
every window the lens of a Leica, the view grainy and immoble. We gathered our colored pencils
and sheets of paper and drew like wild, feral children into the night, until, exhausted, we fell into
bed. We lay in each other's arms, still awkward but happy, exchanging breathless kisses into
sleep.”

“Most of the time, it seemed as if the piece was fully formed in his mind. He was not
one for improvising. It was more a question of executing something he saw in a flash.”

“It was like being at an Arabian hoedown with a band of psychedelic hillbillies."

"We were as Hansel and Gretel and we ventured out into the black forest of the world.” 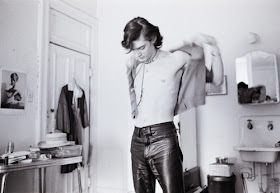 “I have vague memories, like impressions on glass plates.”

“I wanted to cry so bad, but my tears are inside. A blindfold keeps
them there. I can’t see today. Patti, I don’t know anything.”

“The Chelsea was like a doll’s house in the Twilight Zone,
with a hundred rooms, each a small universe.”

“We weathered all things, large and small,
with the same vigor.”

“It seemed as if the whole of the world was slowly being stripped
of innocence. Or maybe I was seeing a little too clearly.” 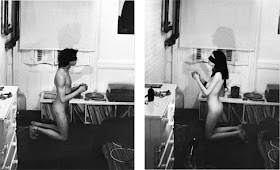 ''On the Bowery I found an unconstructed raincoat of Kelly green rubberized silk,
a Dior blouse of gray houndstooth linen, brown trousers, and an oatmeal cardigan:
an entire wardrobe for thirty dollars, just needing a bit of washing and mending.''

“It’s really all about light,” he said. John saved the most breathtaking images
for last. One by one, he shared photographs forbidden to the public, including
Stieglitz’s exquisite nudes of Georgia O’Keeffe. Taken at the height of their
relationship, they revealed in their intimacy a mutual intelligence and O’Keeffe’s
masculine beauty. As Robert concentrated on technical aspects, I focused on
Georgia O’Keeffe as she related to Stieglitz, without artifice. Robert was concerned
with how to make the photograph, and I with how to be the photograph.”


“He took twelve pictures that day. Within a few days he showed
me the contact sheet. "This one has the magic," he said. 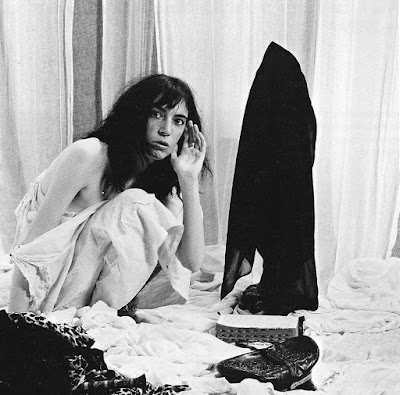 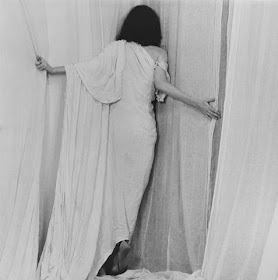 “Everything I came up with seemed irreverent or irrelevant.”

“I preferred an artist who transformed his time, not mirrored it."
(reference to Andy Warhol”)

“We were evolving with different needs. I needed to explore
beyond myself and Robert needed to search within himself.

“We went our separate ways, but within walking distance
of one another.”

“The light poured through the windows upon his photographs and
the poem of us sitting together a last time. Robert dying: creating
silence. Myself, destined to live, listening closely to a silence that
would take a lifetime to express.”

“So my last image was as the first. A sleeping youth cloaked in
light, who opened his eyes with a smile of recognition for someone
who had never been a stranger.” 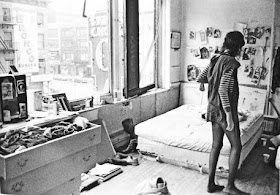 Patti Smith and Robert Mapplethorpe met in July 1967, in 1969 they moved into the Chelsea Hotel. 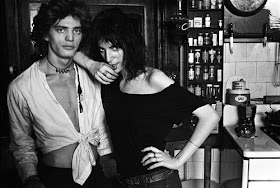 
Patti Smith in West Side Stories with Jonathan Miller, 1972 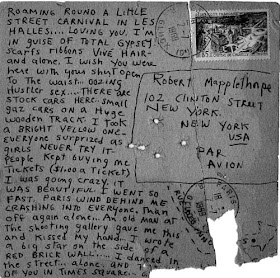 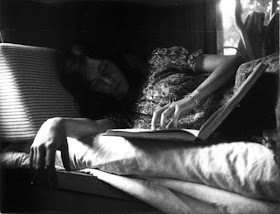 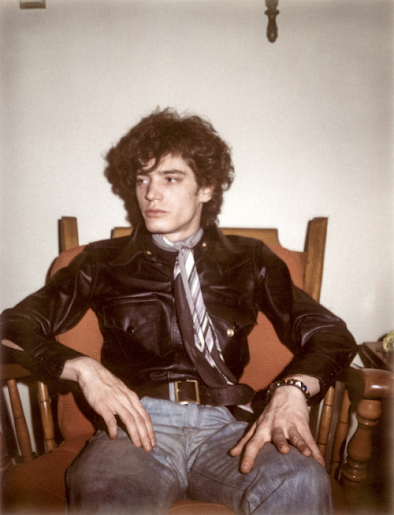