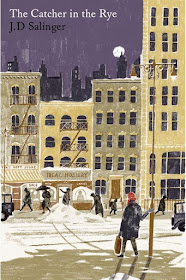 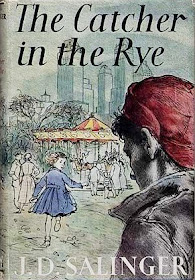 “If you really want to hear about it, the first thing you’ll probably want to know is where I was born, and what my lousy childhood was like, and how my parents were occupied and all before they had me, and all that David Copperfield kind of crap, but I don’t feel like going into it, if you want to know the truth.”

“You can hit my father over the head with a chair and he won’t wake up, but my mother, all you have to do to my mother is cough somewhere in Siberia and she’ll hear you.”

“It was that kind of a crazy afternoon, terrifically cold, and no sun out or anything, and you felt like you were disappearing every time you crossed a road.”

“I knew it wasn’t too important, but it made me sad anyway.”

" That’s the whole trouble. When you’re feeling very depressed, you can’t even think.”

"I figured I could get a job at a filling station somewhere, putting gas and oil in people’s cars. I didn’t care what kind of job it was, though. Just so people didn’t know me and I didn’t know anybody. I thought what I’d do was, I’d pretend I was one of those deaf-mutes. That way I wouldn’t have to have any goddam stupid useless conversations with anybody. If anybody wanted to tell me something, they’d have to write it on a piece of paper and shove it over to me. They’d get bored as hell doing that after a while, and then I’d be through with having conversations for the rest of my life. Everybody’d think I was just a poor deaf-mute bastard and they’d leave me alone.” 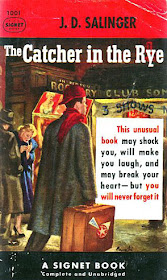 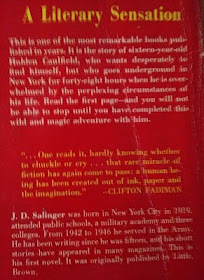 The Catcher in the Rye 1953 cover & back cover by James Avati, Signet paperback edition

“I can be quite sarcastic when I’m in the mood.”

“If I were a piano player, I’d play it in the goddam closet.”

“Don’t ever tell anybody anything. If you do, you start missing everybody.”

"I’m quite illiterate, but I read a lot." 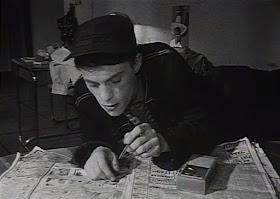 
“If a girl looks swell when she meets you, who gives a damn if she’s late?”

“I used to think she was quite intelligent , in my stupidity. The reason I did was because she knew quite a lot about the theater and plays and literature and all that stuff. If somebody knows quite a lot about all those things, it takes you quite a while to find out whether they’re really stupid or not.”

"She was always reading, and she read very good books."

“She was terrific to hold hands with. Most girls if you hold hands with them, their goddam hand dies on you, or else they think they have to keep moving their hand all the time, as if they were afraid they’d bore you or something. Jane was different. We’d get into a goddam movie or something, and right away we’d start holding hands, and we wouldn’t quit till the movie was over. And without changing the position or making a big deal out of it. You never even worried, with Jane, whether your hand was sweaty or not. All you knew was, you were happy. You really were.”

“She really started to cry, and the next thing I knew, I was kissing her all over - anywhere - her eyes, her nose, her forehead, her eyebrows, and all, her ears - her whole face except her mouth and all.”

“She wasn’t doing a thing that I could see, except standing there, leaning against the balcony railing, holding the universe together.”

“Make sure you marry someone who laughs at the same things you do.” 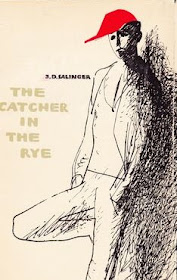 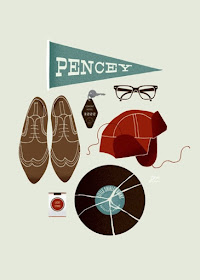 “I’m the most terrific liar you ever saw in your life.”

“He could hear me alright…but he didn’t answer me right away. He was the kind of guy that hates to answer you right away.”

"I was surrounded by phonies…They were coming in the goddam window."

"It’s hard to be roommates with people if your suitcases are much better than theirs."

"How would you know you weren’t being a phony? The trouble is you wouldn’t."


"That’s the whole trouble. You can’t ever find a place that’s nice and peaceful,because there isn’t any."


"I’ve read this same sentence about twenty times since you came in." 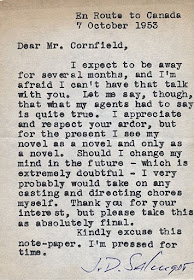 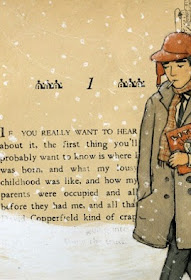 “I’d swear to God, if I were a piano player or an actor or something and all those dopes thought I was terrific, I’d hate it.
I wouldn’t even want them to clap for me. People always clap for the wrong things.”

"The goddam movies. They can ruin you. I’m not kidding."

"I hate actors. They never act like people. They just think they do."

"This is a people shooting hat,“ I said. "I shoot people in this hat.”

“I like it when somebody gets excited about something. It’s nice.”

“It’s funny. All you have to do is say something nobody understands and they’ll do practically anything you want them to.”

“It’s partly true, too, but it isn’t all true. People always think something’s all true.”

“Certain things, they should stay the way they are. You ought to be able to stick them in one of those big glass cases and just leave them alone.”

“Life is a game, boy. Life is a game that one plays according to the rules.’ ‘Yes, sir. I know it is. I know it.’ Game my ass. Some game. If you get on the side where all the hot-shots are, then it’s a game, all right - I’ll admit that. But if you get on the other side, where there aren’t any hot-shots, then what’s the game about it? Nothing. No game.” 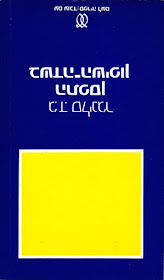 
“I mean I’ve left schools and places and I didn’t even know I was leaving them. I hate that. I don’t care if it’s a sad goodbye or a bad goodbye, but when I leave a place I like to know I’m leaving it. if you don’t, you feel even worse.”

“I think that one of these days you’re going to find out where you want to go. And then you’ve got to start going there. But immediately. You can’t afford to lose a minute. Not you.”

“New York’s terrible when somebody laughs on the street very late at night. You can hear it for miles. It makes you feel so lonesome and depressed.”

“I felt like I was sort of disappearing. It was that kind of a crazy afternoon, terrifically cold, and no sun out or anything, and you felt like you were disappearing everytime you crossed a road.”

"Where do the ducks go in the winter?" 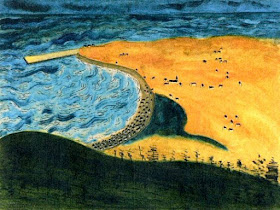 "Anyway, I keep picturing all these little kids playing some game in this big field of rye and all. Thousands of little kids, and nobody’s around - nobody big, I mean - except me. And I’m standing on the edge of some crazy cliff. What I have to do, I have to catch everybody if they start to go over the cliff - I mean if they’re running and they don’t look where they’re going I have to come out from somewhere and catch them. That’s all I do all day. I’d just be the catcher in the rye and all. I know it’s crazy, but that’s the only thing I’d really like to be."

"If a body catch a body coming through the rye."

"I don’t care if it’s a sad good-bye or a bad good-bye, but when I leave a place I like to know I’m leaving it. If you don’t, you feel even worse." 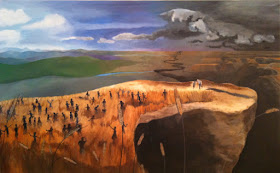 The title of the novel The Catcher in the Rye (1951) by J. D. Salinger comes from the poem “Comin’ Thro’ the Rye”.
Holden Caulfield, the protagonist, misinterprets a part of this poem to mean "if a body catch a body" rather than "if a body meet a body."
He keeps picturing children playing in a field of rye near the edge of a cliff, and him catching them when they start to fall off.

Gin a body meet a body
Comin thro’ the grain;
Gin a body kiss a body,
The thing’s a body’s ain.[7]

Ilka lassie has her laddie,
Nane, they say, ha’e I
Yet all the lads they smile on me,
When comin’ thro’ the rye.

The poem is full of sexual imagery / It is well known as a traditional children’s song
covered by Bill Haley & His Comets, ‘Rockin’ Through The Rye’, 1956