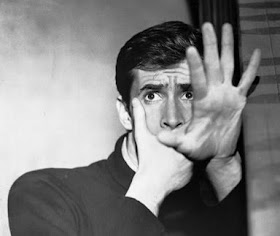 “There is a distinct difference between "suspense" and "surprise," and yet many pictures continually confuse the two.
I'll explain what I mean.

We are now having a very innocent little chat. Let's suppose that there is a bomb underneath this table between us.
Nothing happens, and then all of a sudden, "Boom!" There is an explosion. The public is surprised, but prior to this
surprise, it has seen an absolutely ordinary scene, of no special consequence. Now, let us take a suspense situation.
The bomb is underneath the table and the public knows it, probably because they have seen the anarchist place it
there. The public is aware the bomb is going to explode at one o'clock and there is a clock in the decor. The public
can see that it is a quarter to one. In these conditions, the same innocuous conversation becomes fascinating
because the public is participating in the scene. The audience is longing to warn the characters on the screen:
"You shouldn't be talking about such trivial matters. There is a bomb beneath you and it is about to explode!"

In the first case we have given the public fifteen seconds of surprise at the moment of the explosion. In the second
we have provided them with fifteen minutes of suspense. The conclusion is that whenever possible the public must
be informed. Except when the surprise is a twist, that is, when the unexpected ending is, in itself, the highlight of
the story.”

“There is no terror in the bang, only in the anticipation of it.” 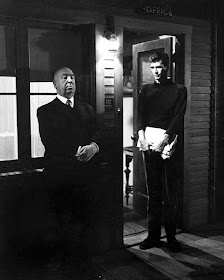 Alfred Hitchcock and Anthony Perkins on the set of Psycho (1960)

“Fear isn't so difficult to understand. After all, weren't we all frightened as children? Nothing has changed since
Little Red Riding Hood faced the big bad wolf. What frightens us today is exactly the same sort of thing that
frightened us yesterday. It's just a different wolf. This fright complex is rooted in every individual.”

“I'm a typed director. If I made Cinderella, the audience would immediately be looking for a body in the coach.”

“I’m frightened of eggs, worse than frightened, they revolt me. That white round thing without any holes …
have you ever seen anything more revolting than an egg yolk breaking and spilling its yellow liquid?
Blood is jolly, red. But egg yolk is yellow, revolting. I’ve never tasted it.”

“I have never known birds of different species to flock together. The very concept is unimaginable.
Why, if that happened, we wouldn't stand a chance! How could we possibly hope to fight them?”

"I'm not against the police; I'm just afraid of them."

"I am scared easily, here is a list of my adrenaline - production: 1: small children, 2: policemen,
3: high places, 4: that my next movie will not be as good as the last one."

“I’m full of fears and I do my best to avoid difficulties and any kind of complications.
I like everything around me to be clear as crystal and completely calm.”

"In films murders are always very clean. I show how difficult it is and what a messy thing it is to kill a man."

“Give them pleasure. The same pleasure they have when they wake up from a nightmare.” 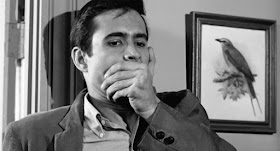 “Logic is dull.” Drama is life with the dull bits cut out."

''Puns are the highest form of literature.”

“If I won't be myself, who will?” Self-plagiarism is style."

“I'm a writer and, therefore, automatically a suspicious character.”

“T.V. has brought murder back into the home where it belongs.”

“Dialogue should simply be a sound among other sounds, just something that comes
out of the mouths of people whose eyes tell the story in visual terms.”

“I never said actors are cattle; what I said was all actors should be treated like cattle.”

“I can't read fiction without visualizing every scene. The result is it becomes a series of pictures
rather than a book.”

“I'm sure anyone who likes a good crime, provided it is not the victim.”

“I have a feeling that inside you somewhere, there's somebody nobody knows about.” 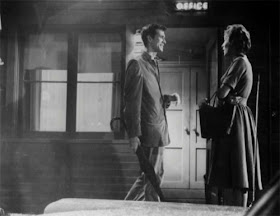 “Weren't you ever booed at by your mother?!” 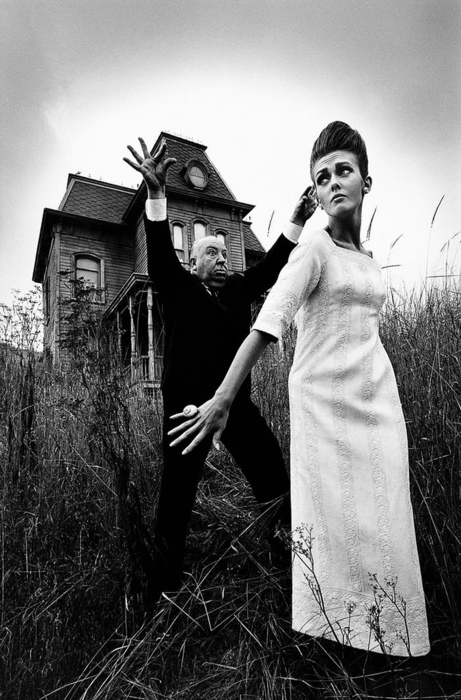 Jeanloup Sieff, Alfred Hitchcock and model Ina Balke on the set of Psycho, 1962

Psycho, 1960
Anthony Perkins, Janet Leigh  and Vera Miles / Written by Joseph Stefano /
Based on the novel by Robert Bloch / Directed by Alfred Hitchcock