“There is never any ending to Paris and the memory of each person who has lived in it differs from that of any other. We always returned to it no matter who we were or how it was changed or with what difficulties, or ease, it could be reached. Paris was always worth it and you received return for whatever you brought to it. But this is how Paris was in the early days when we were very poor and very happy.” 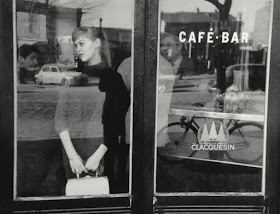 Edouard Boubat, Waiting for a date at the Café Vache Noir, Paris, 1957


“I went to Paris and was very poor and very unhappy.”

“I was full of doubts, of course, not a particularly bad way to be, but I didn’t know that. Doubting so much made me suffer, but I could have saved myself the anxiety and simply doubted, without any problem. I was unaware that to doubt is to write.”

”Among the many fictions possible, an autobiography can also be a fiction”. Another silence followed. “But try,” he added, “to be as truthful as you can, so you can be seen as you really are. And if possible, portray me as I’m really not."

“I think I have the right to be able to see myself differently from how others see me, to see myself however I want and not to be forced to be this person other people have decided I am.”

“I like Paris—the Place de Furstenberg, number 27, Rue Fleurus, the Moreau Museum, Tristan Tzara’s tomb, the pink arcades on Rue Nadja, the bar Au Chien qui Fume, the blue façade of the Hotel Vaché, the bookstalls on the riverbank,”

“I like Paris so much that there is never any end to the city for me.”

“If literature was possible it was because the world wasn’t made.”

“From that day on, I annoyed my friends less with this idea of dying by my own hand, but for a long time I maintained my belief—which wasn’t completely destroyed until August of this year—in the intrinsic elegance of despair. Until I discovered how inelegant it is to walk, sad, in despair, dead, through the streets of your neighborhood in Paris. I realized it this August. And ever since I’ve been finding elegance in happiness. “I have embarked on the study of metaphysics several times, but happiness always interrupted,” said Macedonio Fernandez. Now, I think going through the world without experiencing the joy in living, rather than elegant, is just so humdrum. Fernando Savater said that the Castilian saying to take things philosophically does not mean to be resigned to things, or to take things seriously, but rather to take them happily. Of course. After all, we have all eternity to despair.” 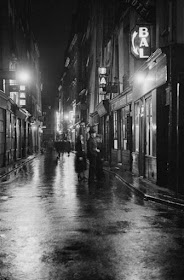 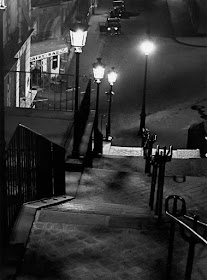 “You’ll see me improvise on occasion. like right now when, before going on to read my ironic revision of the two years of my youth in Paris, i feel compelled to tell you that i do know that irony plays with fire and, while mocking others, sometimes ends up mocking itself. you all know full well what i’m talking about. when you pretend to be in love you run the risk of feeling it, he who parodies without proper precautions ends up a victim just the same… that said, i must also warn you that when you hear me say, for example, that there was never any end to paris, i will most likely be saying it ironically. but, anyway, i hope not to overwhelm you with too much irony. the kind that i practice has nothing to do with that which arises from desperation- i was stupidly desperate enough when i was young. i like a kind of irony i call benevolent, compassionate, like what we find, for example, in the best of Cervantes. i don’t like ferocious irony but rather the kind that vacillates between disappointment and hope. okay?”

“Irony, the highest form of sincerity.”

“I suspected that by killing off my readers, I was never going to find anyone who would love me.”