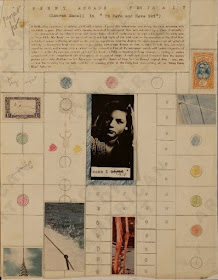 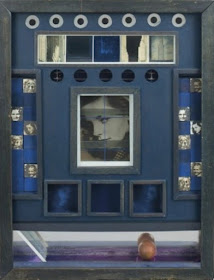 I am essentially a loner.

I loved to dream about other worlds and other lives.

Find me a man who’s interesting enough to have dinner with and I’ll be happy.

I think your whole life shows in your face and you should be proud of that.

I used to tremble from nerves so badly that the only way I could hold my head steady was
to lower my chin practically to my chest and look up at Bogie. That was the beginning of “The Look”.

I’m not a sedentary person. I’ve always been active.

Looking at yourself in a mirror isn’t exactly a study of life.

Here is a test to find out whether your mission in life is complete. If you’re alive, it isn’t.

Joseph Cornell kept a filing system of over 160 visual-documentary “dossiers” on themes that interested him; the dossiers served as repositories from which Cornell drew material and inspiration for boxes like his “penny arcade” portrait of Lauren Bacall. He had no formal training in art, although he was extremely well-read and was conversant with the New York art scene from the 1940s through to the 1960s.
J. Cornell was heavily influenced by the American Transcendentalists, Hollywood starlets (to whom he sent boxes he had dedicated to them), the French Symbolists such as Stéphane Mallarmé and Gérard de Nerval, and 19th-century ballet dancers such as Marie Taglioni and Fanny Cerrito.


Also:
The Book and the Movie: To Have and Have Not / Ernest Hemingway | Howard Hawks
Letter ( Bogey to Lauren )
Nymphlight / Joseph Cornell and Rudy Burckhardt (1957)