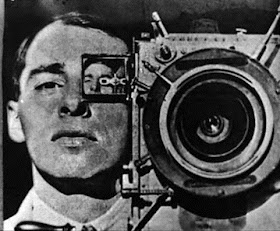 "I am an eye. A mechanical eye. I am the machine that reveals the world to you as only the machine can see it.”


1. Film-drama is the opium of the people.
2. Down with the immortal kings and queens of the screen! Long live the ordinary mortal, filmed in life at his daily tasks!
3. Down with the bourgeois fairy-tale script! Long live life as it is!
4. Film-drama and religion are deadly weapons in the hands of capitalists. By showing our revolutionary way of life, we will wrest that weapon from the enemy’s hands.
5. The contemporary artistic drama is a vestige of the old world. It is an attempt to pour our revolutionary reality into bourgeois molds.
6. Down with the staging of everyday life! Film us as we are.
7. The scenario is a fairy tale invented for us by a writer. We live our own lives, and we do not submit to anyone’s fictions.
8. Each of us does his task in life and does not prevent anyone else from working. The film workers’ task is to film us so as not to interfere with our work.
9. Long live the kino-eye of the proletarian revolution!