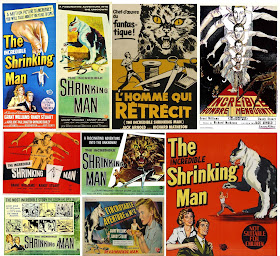 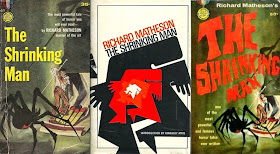 Horror and science fiction writer Richard Matheson was born in Allendale, New Jersey (1926). He wrote for television shows, including The Twilight Zone and Star Trek, and he wrote more than 20 novels and 100 short stories. His most famous books include I Am Legend (1954), The Shrinking Man (1956), later retitled The Incredible Shrinking Man, and What Dreams May Come (1978).

"I was continuing to shrink, to become… what? The infinitesimal? What was I? Still a human being? Or was I the man of the future? If there were other bursts of radiation, other clouds drifting across seas and continents, would other beings follow me into this vast new world? So close - the infinitesimal and the infinite. But suddenly, I knew they were really the two ends of the same concept. The unbelievably small and the unbelievably vast eventually meet - like the closing of a gigantic circle.

I looked up, as if somehow I would grasp the heavens. The universe, worlds beyond number, God’s silver tapestry spread across the night. And in that moment, I knew the answer to the riddle of the infinite. I had thought in terms of man’s own limited dimension. I had presumed upon nature. That existence begins and ends in man’s conception, not nature’s. And I felt my body dwindling, melting, becoming nothing. My fears melted away. And in their place came acceptance. All this vast majesty of creation, it had to mean something. And then I meant something, too. Yes, smaller than the smallest, I meant something, too. To God, there is no zero. I still exist!" 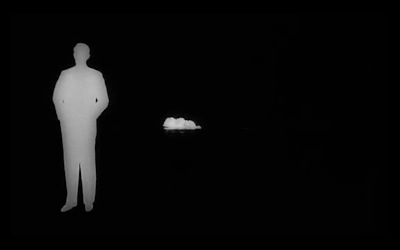 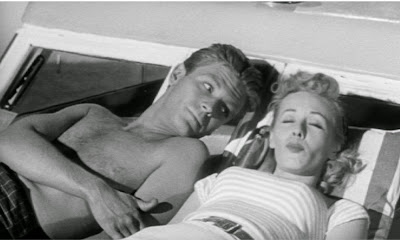 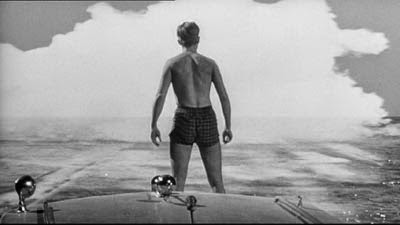 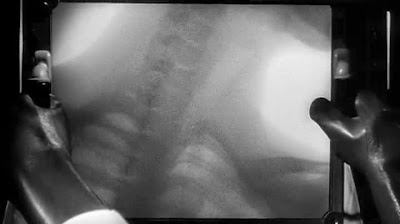 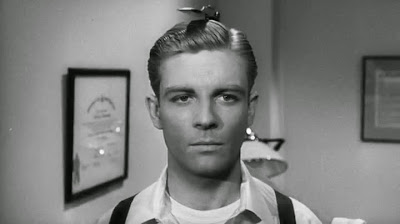 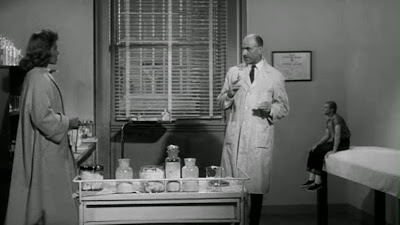 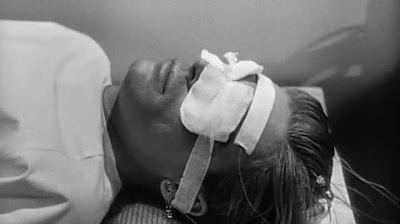 “He picked up the book and tried to read, but he couldn’t. Sentences ran together
like muddy rivulets of prose.” 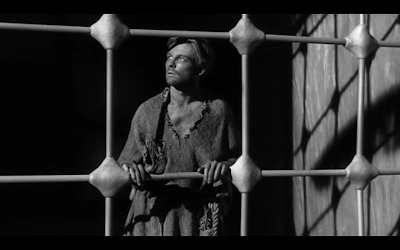 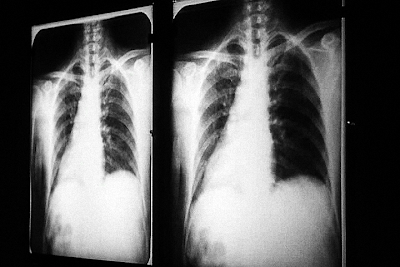 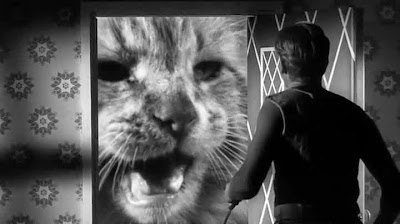 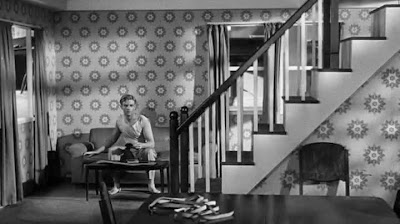 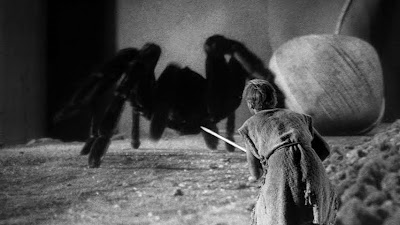 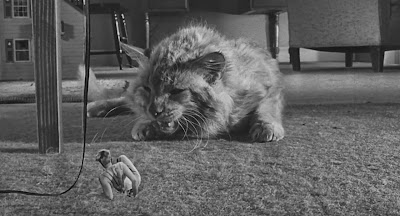 “A strange calm possessed me. I thought more clearly than I had ever thought before - as if my
mind were bathed in a brilliant light. I recognized that part of my illness was rooted in hunger,
and I remembered the food on the shelf, the cake thredded with spider web. I no longer felt
hatred for the spider. Like myself it struggled blindly for the means to live.” 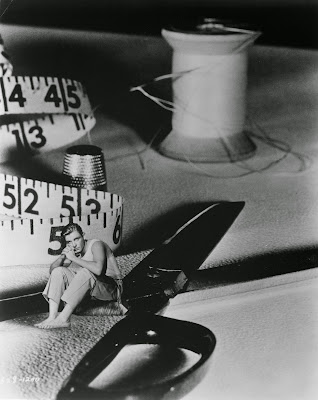 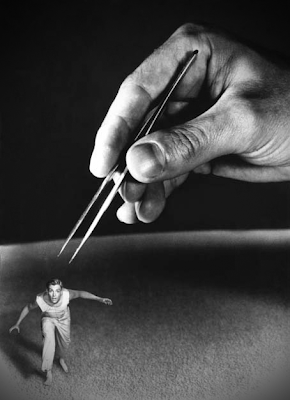 “My prison, almost as far as I could see, a gray friendless area of space and time, and I
resolved that as man had dominated the world of the sun, so I would dominate my world.” 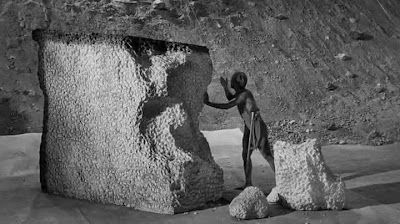 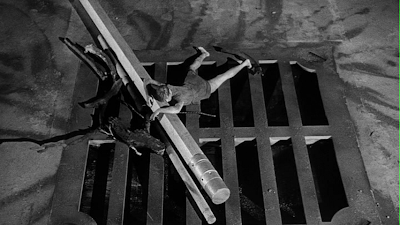 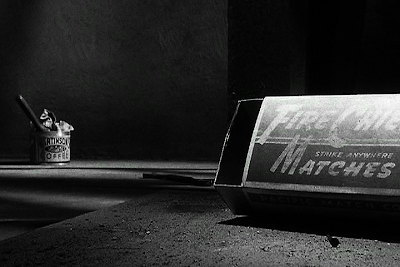 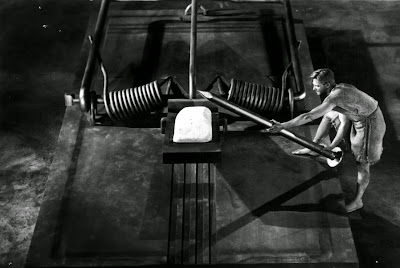 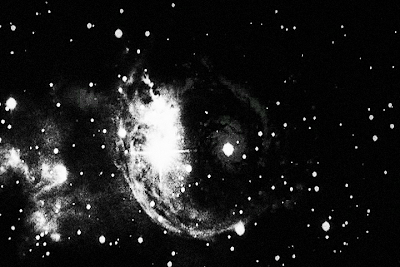 " And I felt my body dwindling, melting, becoming nothing. My fears locked away and in their place
came acceptance. All this vast majesty of creation, it had to mean something. And then I meant
something, too. Yes, smaller than the smallest, I meant something, too. To God there is no zero.
I still exist. “ 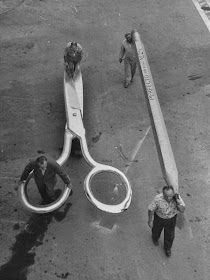 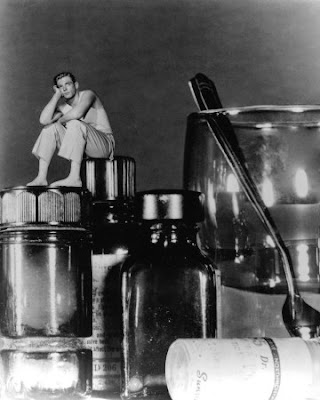 Movie stagehands pushing a 400-pound pair of gigantic scissors on a dolly next to two men carrying a 21-ft. pencil,
just some of the props that created the illusion of a dwindling hero for the movie “The Incredible Shrinking Man”
at Universal Studios.

The special effects technicians were able to create giant drops of water by filling up condoms and dropping them. 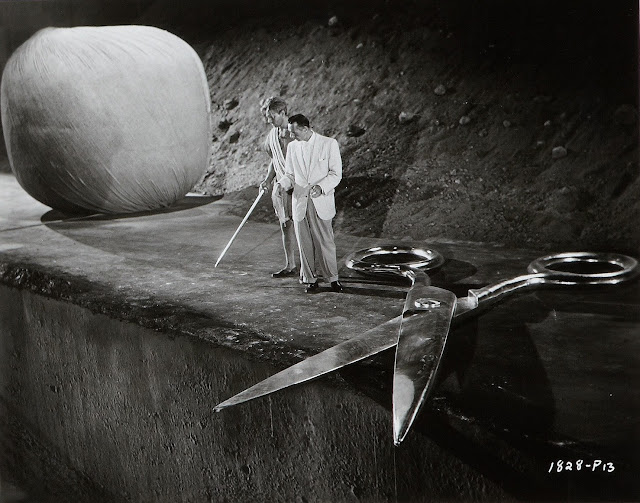 Grant Williams with director Jack Arnold on the set of "The incredible shrinking man", 1957