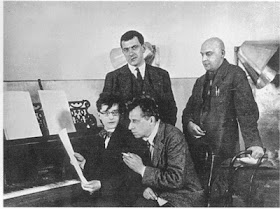 < Vladimir Mayakovsky, Alexander Rodchenko (standing), Dmitri Shostakovich and Vsevolod Meyerhold (seated), 1929 / At a rehearsal of "The Bedbug", a play by Mayakovsky. 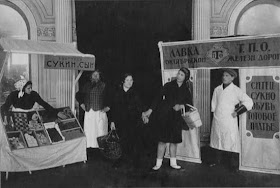 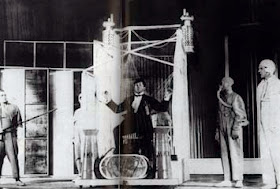 Shostakovich wrote the incidental music for the production that was staged at Meyerhold’s theatre. The play opened in February 1929,
but productions were ceased a few weeks later when the work was condemned by the rising left-wing faction of the Communist Party. 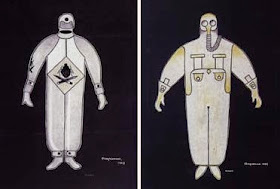 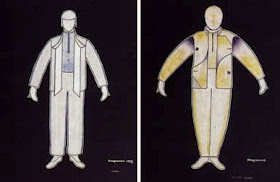 
The play was actually a reworking of a Mayakovsky screenplay, which had been rejected by the film studio Sovkino. It tells the story of a NEP-era philistine who abandons his worker-girlfriend for the daughter of the owner of a successful beauty parlor. As a result of a brawl at his wedding party, he accidentally gets frozen. He is then revived fifty years later in 1979. The moderns at first mistake him for an honest worker, but then correctly identify him as a bourgeoisus vulgaris, a blood-sucking insect similar to, but more dangerous than, the bedbug. He is put on display in a cage equipped with special filters to trap all the dirty words. (...)