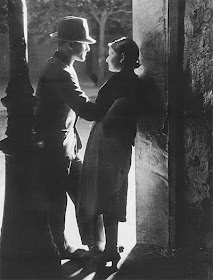 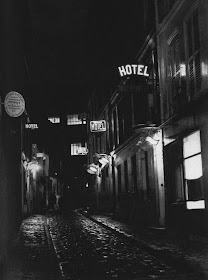 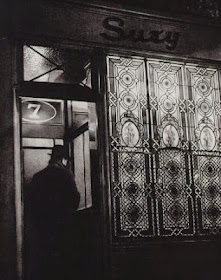 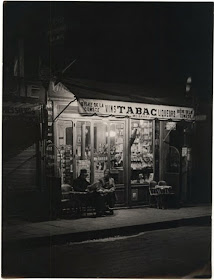 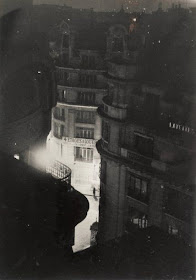 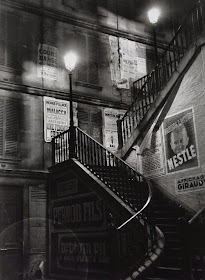 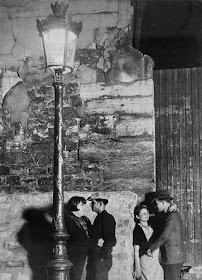 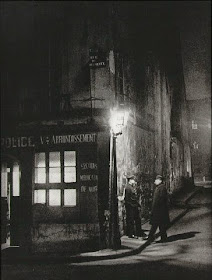 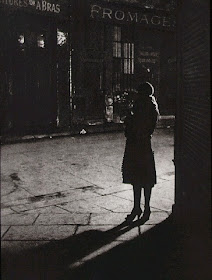 Brassaï captured the essence of the city in his photographs, published as his first collection in 1933 book entitled Paris de nuit (Paris by Night). His book gained great success, resulting in being called "the eye of Paris" in an essay by his friend Henry Miller.

"The real night people, however, live at night not out of necessity, but because they want to. They belong to the world of pleasure, of love, vice, crime, drugs. A secret, suspicious world, closed to the uninitiated. Go at random into one of those seemingly ordinary bars in Montmartre, or into a dive in the Goutte d’Or neighbourhood. Nothing to show they are owned by clans of pimps, that they are often the scenes of bloody reckonings. Conversation ceases. The owner looks you over with a friendly glance. The clientele sizes you up: this intruder, this newcomer – is he an informer, a stool pigeon? Has he come in to blow the gig, to squeal? You may not be served, you may even be asked to leave, especially if you try to take pictures.


And yet, drawn by the beauty of evil, the magic of the lower depths, having taken pictures for my ‘voyage to the end of the night’ from the outside, I wanted to know what went on inside, behind the walls, behind the facades , in the wings: bars, dives, night clubs, one-night hotels, bordellos, opium dens. I was eager to penetrate the other world, this fringe world, the secret, sinister world of mobsters, outcasts, toughs, pimps, whores, addicts, inverts. Rightly or wrongly, I felt at the time that this underground world represented Paris at its least cosmopolitan, at its most alive, its most authentic, that in these colourful faces of its underworld there had been preserved, from age to age, almost without alteration, the folklore of its most remote past" 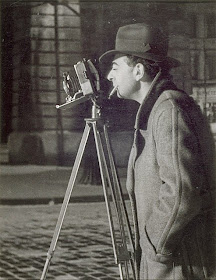