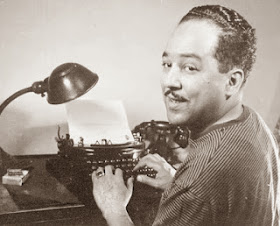 "I was unhappy for a long time, and very lonesome, living with my grandmother. Then it was that books began to happen to me, and I began to believe in nothing but books and the wonderful world in books — where if people suffered, they suffered in beautiful language, not in monosyllables, as we did in Kansas"

“I’d left a box of books in Harlem in the fall, and before we sailed I went after them. I brought them aboard ship with me. But when I opened them up and looked at them that night off Sandy Hook, they seemed too much like everything I had known in the past, like the attics and basements in Cleveland, like the lonely nights in Toluca, like the dormitory at Columbia, like the furnished room in Harlem, like too much reading all the time when I was a kid, like life isn’t, as described in romantic prose; so that night, I took them all out on deck and threw them overboard. It was like throwing a million bricks out of my heart — for it wasn’t only the books that I wanted to throw away, but everything unpleasant and miserable out of my past: the memory of my father, the poverty and uncertainties of my mother’s life, the stupidities of color-prejudice, black in a white world, the fear of not finding a job, the bewilderment of no one to talk to about things that trouble you, the feeling of always being controlled by others — by parents, by employers, by some outer necessity not your own. All those things I wanted to throw away. To be free of. To escape from. I wanted to be a man on my own, control my own life, and go my own way. I was twenty-one. So I threw the books in the sea.”