Frame Inside | Frida Kahlo and her father Don Guillermo Kahlo, 1951 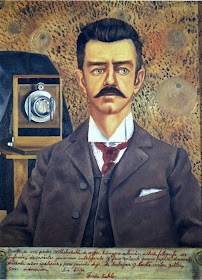 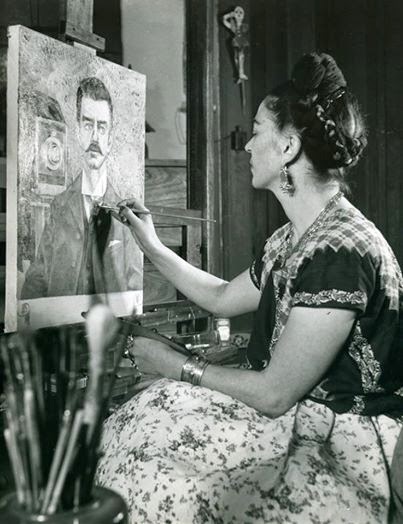 
Frida painted “Portrait of Don Guillermo Kahlo” eleven years after his death, and only two years before her own; aware suddenly of the need for a final testament to the man who had meant so much to her. The inscribed scroll below the painting reads: "I painted my father, Wilhelm Kahlo of Hungarian-German origin, artist-photographer by profession, in character generous, intelligent and fine, valiant because he suffered for sixty years with epilepsy, but he never stopped working and he fought against Hitler.  Adoringly, his daughter Frida Kahlo."

Frida's father, a professional photographer by trade, was also an amateur painter. It was he who first sparked Frida's interest in art. Frida would often accompany her father on his painting excursions into the nearby countryside. He also taught her how to use the camera and how to retouch and color photographs. While Frida was recovering from the bus accident, her father gave Frida his box of paints and brushes and encouraged her to paint. 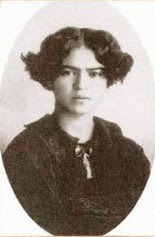 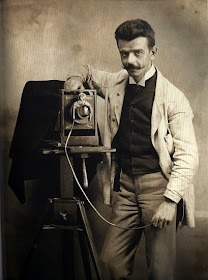 
Frida’s biographer Hayden Herrera writes that Frida “…acknowledged the influence of her father’s professional work on her own only by saying that her paintings were like the photos her father took for calendar illustrations, only instead of painting outer reality she painted the calendars that were inside her head.”


Also:
The Diary Of Frida Kahlo