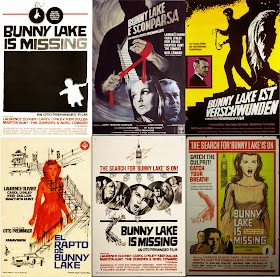 The story is based on the mystery novel by Marryam Modell using the pseudonym Evelyn Piper (who also wrote the novel, The Nanny 1965 brilliantly adapted to the screen starring Bette Davis as a very sympathetic yet disturbed nanny)

Adapting the original novel, Preminger re-set the story from New York to London, where he liked working. His dark, sinister vision of London made use of many real locations; Barry Elder's Doll Museum in Hammersmith stood in for the dolls' hospital, the Little People's Garden School used a real school in Hampstead, and the 'Frogmore End' house was one that had belonged to novelist Daphne du Maurier's father. 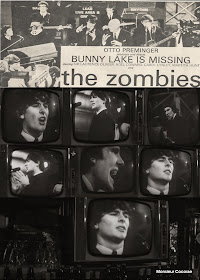 The incredibly striking, simplistic and evocative score was composed by Paul Glass (Lady in a Cage 1964) and used not only in the opening titles designed effectively by the great Saul Bass but the theme is used frequently as a childlike refrain, poignant and moving.

The British group The Zombies also appear in a television broadcast, featuring three of their songs, “Remember You”, “Just Out of Reach” and “Nothing’s Changed.”
The band is prominently featured performing on a television in the pub where Supt. Newhouse meets with Ann, and "Just Out of Reach" plays on a janitor's radio as Ann escapes from the hospital. In addition, and with Preminger present in the studio, the band recorded a two-minute radio ad set to the tune of "Just Out of Reach" that promoted the film's release and urged audiences to "Come on time!" in keeping with the film's no-late-admissions policy. These efforts represent an early instance of the now-common Hollywood practice of promotional tie-ins with popular musical acts

What are your memories of recording, and performing in the movie?

Chris White (the Zombies): Weird. Otto Preminger was a hard director. They hired the Top Of The Pops TV studio to film us in (with all the usual TV crew in as well) and we spent several days filming. When we saw the film at the Premier we just appeared on a TV screen in a pub behind a scene involving Laurence Olivier and Keir Dullea. For that we got equal billing with the main stars!

Then Otto wanted us to do a promotional film which involved someone adapting the lyrics to Colin’s song which turned from ‘Just Out Of Reach’ to ‘Come On Time’. The gimmick was that nobody was supposed to come in to the Cinema after the film started! (...)

“This doll had almost been loved to death. You know, love inflicts the most terrible injuries on my small patients.” 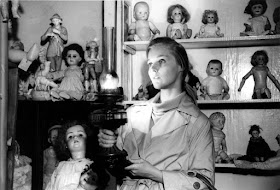 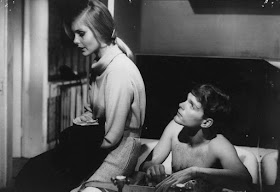 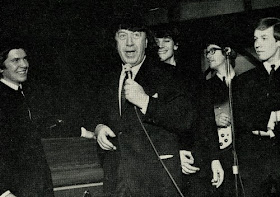