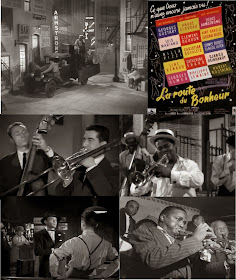 Saluti e baci (Love and Kisses) is a Franco-Italian comedy-drama film directed by Maurice Labro and Giorgio Simonelli and released in 1953.
Also known as: The Road to Happiness, La route du bonheur.

Carlo Mastelli, the young radio presenter of "New Voices" has run short of ideas and his program is likely to be suspended from the radio schedule if he does not find any new ones. He is saved by chance in the person of Marina, a charming young school teacher, who takes advantage of the presence of a radio crew in her village for the recording of a singing contest to broadcast an appeal in favor of Tonino, the most underprivileged of her pupils. She asks the listeners to send postcards from any place in the world to cheer up little Tonino. The response is enthusiastic and tons of mail land in the radio studios, at the same time boosting the audience of Calo's moribund program. Eventually, despite some trouble with a rare stamp, all ends well and Carlo marries Marina. 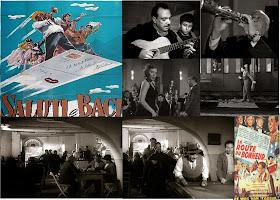 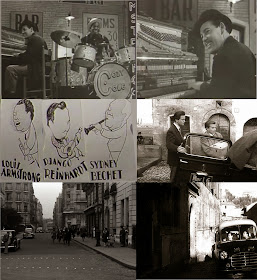 Louis Armstrong - Struttin' With Some Barbecue