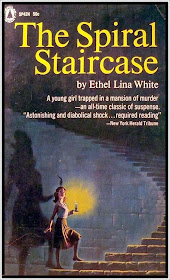 "For some must watch, while some must sleep:
So runs the world away."

"The wind shrieked, as though a flock of witches sailed overhead, racing the moon, which spun through the torn clouds like a silver cannonball, shot into space. Down in the basement, a flickering candle in her hand, she groped amid the mice, the spiders, and the shadows. These shadows shifted before her, sliding along the pale-washed wall, as though to lead the way. Whenever she entered an office, they crouched on the other side of the door, waiting for her. She was nerved up to meet an attack which did not come, but which lurked just around the corner. It was perpetual postponement, which drew her on, deeper and deeper, into the labyrinth.”

Ethel Lina White, The Spiral Staircase / Some Must Watch (1933) 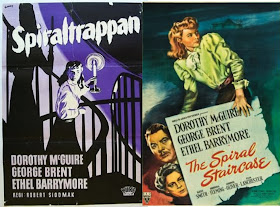 The Spiral Staircase, 1946 directed by Robert Siodmak, from a screenplay by Mel Dinelli based on Ethel Lina White's novel
Some Must Watch (1933). The novel was adapted for a radio production starring Helen Hayes before reaching the screen. 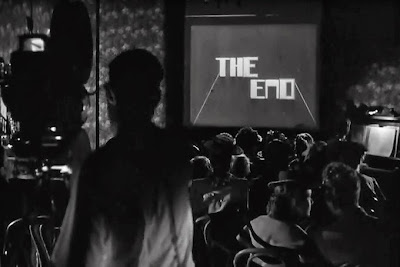 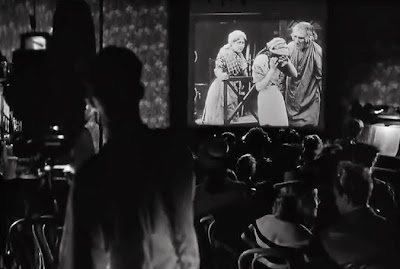 Frédéric Chopin -Waltz Op. 34 No. 2 in A minor   (Played during the scene at the silent movie theater) 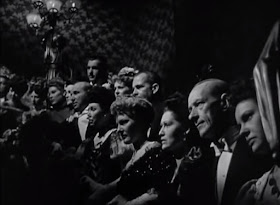 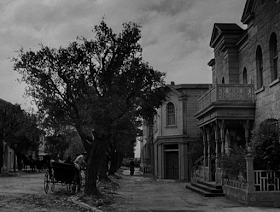 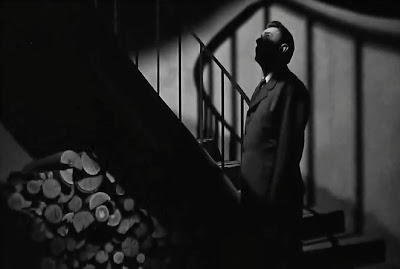 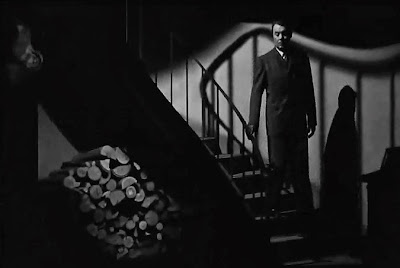 "At the back of her mind, something was worrying her...
Something forgotten--or overlooked." 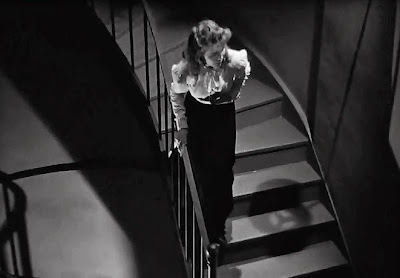 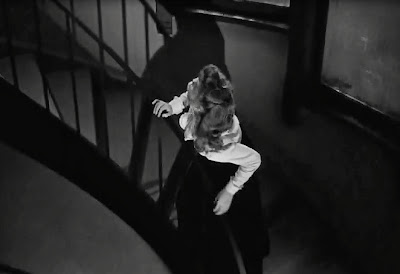 "Like a rocket, shooting up through the darkness of her mind, and breaking
into a cluster of stars, a host of questions splashed and spattered her brain."

Ethel Lina White, The Spiral Staircase / Some Must Watch (1933) 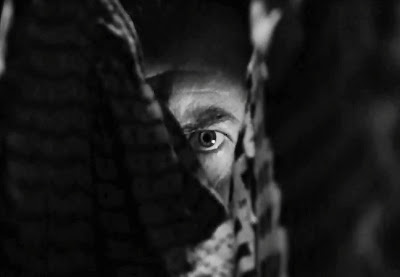 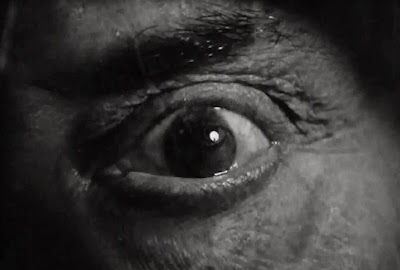 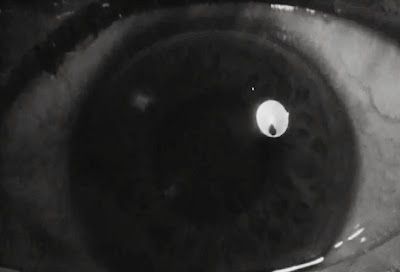 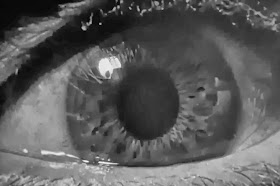 "Just imagine the horror of seeing a friendly, familiar face—like my own—
suddenly change into an unfamiliar mask—with murder glaring out of its eyes?" 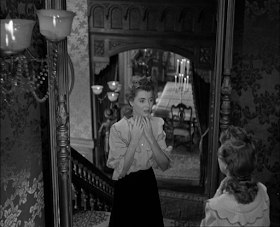 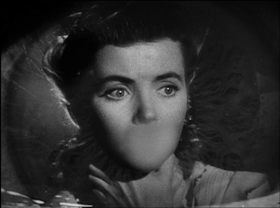 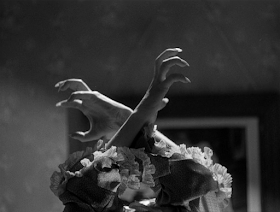 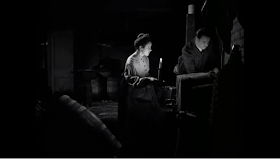 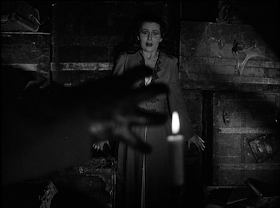 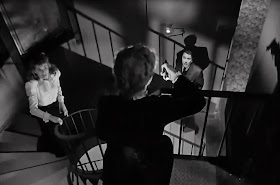 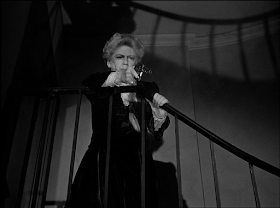 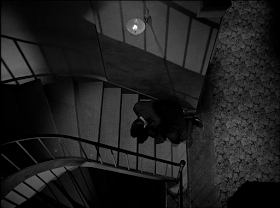 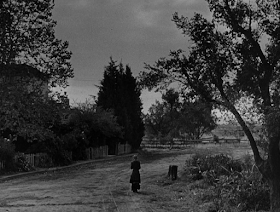 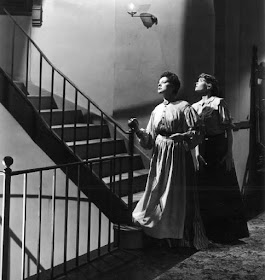 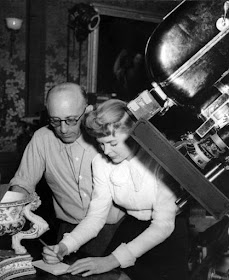 Robert Siodmak on the set of The Spiral Staircase, 1946
Share