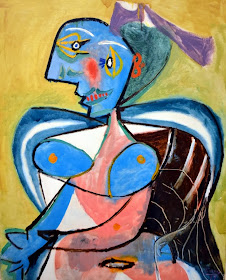 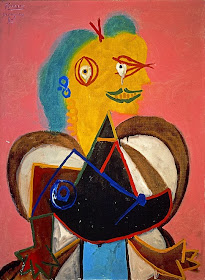 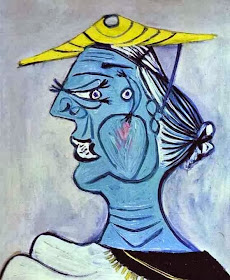 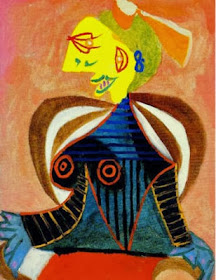 Lee Miller was an American photographer whose beauty and charm captivated the Surrealist Group.
She and her future husband Roland Penrose were friends of Picasso.
While they were holidaying with Picasso in the south of France, the artist made five paintings of Lee Miller,
all of which were done from memory and sketches.
Penrose felt that it perfectly captured Miller's vivid beauty and vitality. However the true test came when he
showed it to his two-year-old son Tony for the first time - his instant cry of delight was 'Mummy, Mummy'. [...]