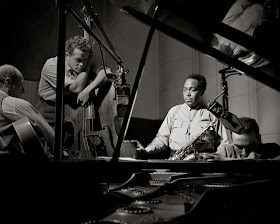 "It was my project to make a visual diary of what I heard. To make people see the waythe music sounded.
I wanted to do with light what artists do with a line sketch: show the whole character." 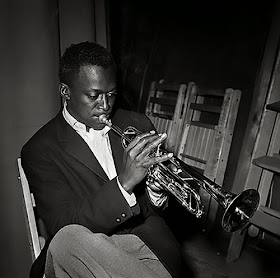 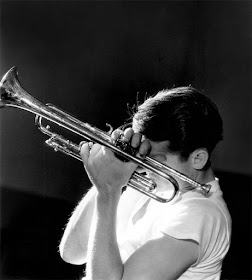 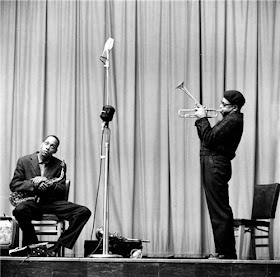 Dizzy Gillespie. Dizzy was a great human being. He had such empathy for everybody and for the
suffering and all that..he was amazing, aside from being an incredible musician. Just an hour ago,
I was listening to a Getz/Dizzy tune, and the ideas that he had, the variations that he would give to
a standard was absolutely amazing. Dizzy was a comedian, a showman, a musician, a humanitarian…
He was a member of the Bahai faith, and they believe that everyone is a brother, and he practiced
this, he really actively practiced it, all the way through. He was a good, fine gentleman. Dizzy and
I got very close in the later years, we were not too close in the early years, and that was a matter of
geography really, but we got along fine in the beginning, but in the later years, we seemed to connect
in the same places at the same time. We used to hang out a lot, played a lot of backgammon….he was
a lousy backgammon player. I had to let him win all the time. But funny, terrific guy. 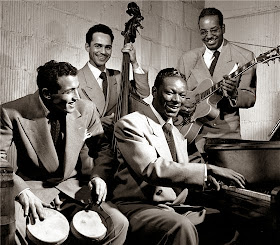 I was exposed to a lot of classical music. My father and mother were both very interested in music,
but they were always playing Beethoven and Bach and that sort of thing. One day I had the radio
on and I heard a Louis Jordan thing, and I heard an early Nat Cole song, “Straighten Up and Fly
Right”. When I heard the rhythms, it made me feel good, and I said, “hey, this is happy music,
feet tapping music!” That’s how I got interested in that form of music. 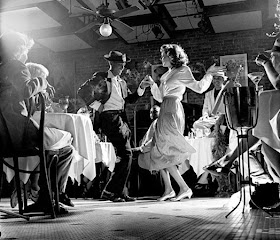 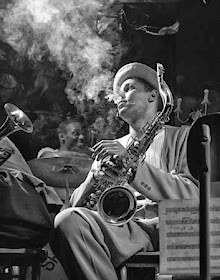 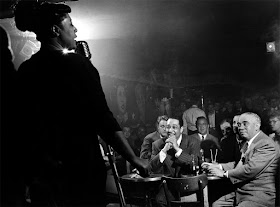 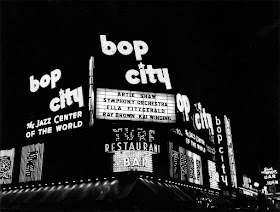 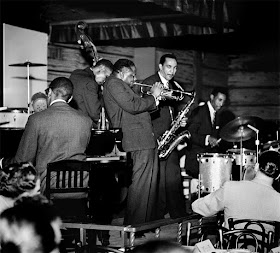