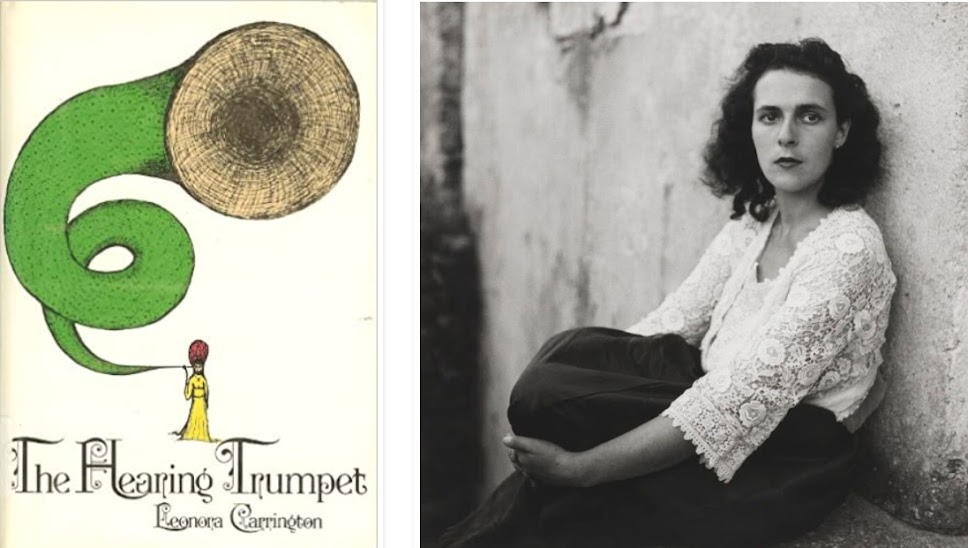 “You may not believe in magic but something very strange is happening at this
very moment. Your head has dissolved into thin air and I can see the rhododendrons
through your stomach. It's not that you are dead or anything dramatic like that, it is
simply that you are fading away and I can't even remember your name.”

“People under seventy and over seven are very unreliable if they are not cats.”

“One has to be careful what one takes when one goes away forever.”
"I never suffer from loneliness. I suffer much from the idea that my loneliness
might be taken away from me by a lot of mercilessly well meaning people."
“There is nobody that can make you happy, you must take care of this matter yourself.”
“I often feel I am being burned at the stake just because I have always refused to give up
that wonderful strange power I have inside me that becomes manifested when I am
in harmonious communication with some other inspired being.”
"How delightful it would be to find a few people, or even one person, unconditionally
thrilled by what one had to say. I imagined telling an excited audience Parrot stories
for hours on end without anyone interrupting or yawning."
“Do not give up hope entirely in spite of the horror of your situation. I am
mobilising all my mental capacities to obtain your unconditional freedom.”
“Darling stop being philosophical it doesn't suit you, it makes your nose red.”
“I never eat meat as I think it is wrong to deprive animals of their life when
they are so difficult to chew anyway”
“Houses are really bodies. We connect ourselves with walls, roofs, and objects just as
we hang on to our livers, skeletons, flesh and bloodstream. I am no beauty, no mirror
is necessary to assure me of this absolute fact. Nevertheless I have a death grip on this
haggard frame as if it were the limpid body of Venus herself.”
“It is impossible to understand how millions and millions of people all obey a sickly
collection of gentlemen that call themselves 'Government!' The word, I expect,
frightens people. It is a form of planetary hypnosis, and very unhealthy."
"It has been going on for years," I said. "And it only occurred to relatively few to
disobey and make what they call revolutions. If they won their revolutions, which
they occasionally did, they made more governments, sometimes more cruel and
stupid than the last."
"Men are very difficult to understand," said Carmella. "Let's hope they all freeze to
death. I am sure it would be very pleasant and healthy for human beings to have no
authority whatever. They would have to think for themselves, instead of always being
told what to do and think by advertisements, cinemas, policemen, and parliaments.”
“If I remember correctly writers usually find some excuse for their books, although
why one should excuse oneself for having such a quiet and peaceful occupation I really
don't know. Military people never seem to apologize for killing each other yet novelists
feel ashamed for writing some nice inert paper book that is not certain to be read
by anybody.”
“Wouldn't it be wonderful if I won a helicopter in a crossword puzzle competition?
There is not much hope though I am afraid, as they never give such practical prizes.”
“This is the really incomprehensible side of humanity, people never have time for anything.”

“Reading The Hearing Trumpet liberates us from the miserable reality of our days.”